In the absence of a unified government plan ensuring the displaced Syrians’ return to their country, Hezbollah moved to facilitate the return, which some parties welcomed while others prefer the Lebanese state take charge of this dossier. 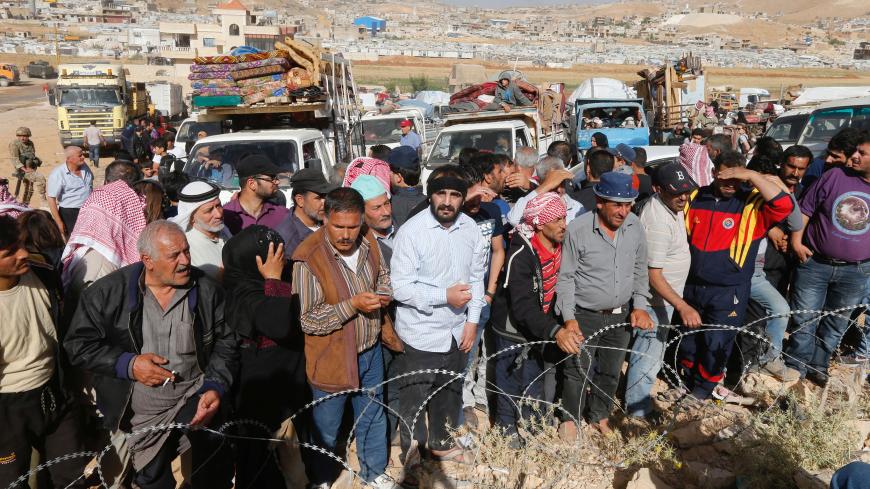 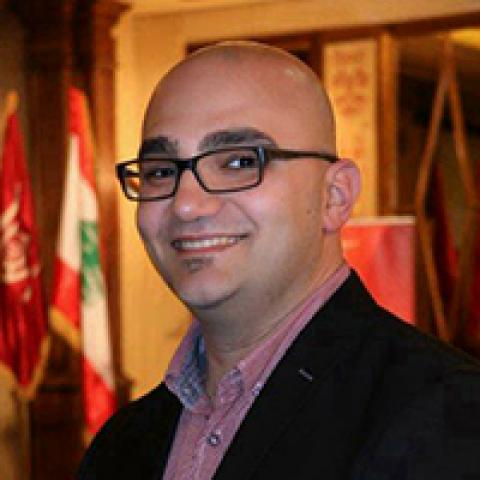 BEIRUT — A batch of 850 displaced Syrians in Lebanon — out of more than 1.5 million, according to the United Nations refugee agency, UNHCR — left the town of Arsal in Lebanon's Bekaa Valley for Qalamoun in Syria July 23. The return was coordinated by the Lebanese General Security agency and relevant security services in Syria.

This batch is the largest to exit the Lebanese territories. In April, 500 displaced Syrians left Chebaa in southern Lebanon for Beit Jinn in the southwest of Syria. They were followed by two batches of dozens of displaced who left Arsal for the Qalamoun villages in June and July.

Arsal Mayor Basel Hujeiri told Al-Monitor, “The Lebanese General Security agency is coordinating the return of the displaced persons with the municipal council. Such a crucial move is, however, insufficient. Coordination between the Lebanese and Syrian governments is needed to accelerate the displaced Syrians’ return from Lebanon [in general] and Arsal in particular, where nearly 40,000 displaced Syrians are accommodated."

The return of displaced Syrians is a contentious matter among Lebanon’s political parties. While Prime Minister Saad Hariri is determined to ensure their safe return via the UN, as he disapproves of coordination with the government in Damascus, Hezbollah and the Free Patriotic Movement (FPM) have stressed the need to communicate with the Syrian authorities directly to pave the way for their return.

Based on that, Hezbollah announced in a July 4 statement the opening of nine offices in the Bekaa Valley, Beirut’s southern suburbs and in the south to receive applications of displaced Syrians inclined to go back to Syria.

Speaking to Al-Monitor over the phone, Nawar al-Sahili, a Hezbollah official in charge of the displaced Syrians’ dossier and a former member of parliament, attributed the group’s move to “the government lacking serious intentions to assume its duties toward the displaced. This is added to the economic crisis in Lebanon and shrinking job opportunities for the Lebanese, with Syrians taking so many jobs with wages lower than those earned by the Lebanese.”

Ola Boutros, an adviser to Lebanese Foreign Minister Gebran Bassil and the coordinator of the FPM’s central committee on the displaced Syrians’ return, told Al-Monitor, “Hosting displaced Syrians has caused the Lebanese treasury a cost of $19.496 billion from 2011 until 2018. Economic growth dropped from 8% to 0.08%, the unemployment rate increased to 35% among the Lebanese, and the number of inmates [in Lebanese prisons] on charges of terrorism, felonies and misdemeanors grew to 40%.”

Commenting on the return mechanism, Sahili added, “Those displaced [Syrians] desiring to go home need to fill an application form that will be submitted to the relevant authorities in Syria to inquire about their legal status and potential return. After that, the Lebanese General Security agency will be contacted to coordinate their safe return in batches.”

Speaking to Al-Monitor, Mahmoud Abdullah, a 30-year-old displaced Syrian from Deir ez-Zor, said, “I filled the application for the return home at Hezbollah’s office. The major problem I have is that I am wanted for the compulsory service in the Syrian army. I am married with two children, and it is hard for me to meet the family’s needs if I join the army. I really hope that Hezbollah manages to reach an accommodation with the Syrian government in this regard.”

Moataz Mahmoud, a 35-year-old Syrian displaced from Mayadin, told Al-Monitor, “Honestly speaking, I do trust Hezbollah, and I hope it finds a solution to the housing and military service issues in our country.”

Mohammed Salem, a 33-year-old Syrian displaced from eastern Ghouta, said, “I filled the application form, but I think that the circumstances are not presently ideal for us to return.” He explained, “My parents’ house was destroyed in the war and we have no shelter. To boot, I am married now. I have a child, and I am wanted for the military service. Although I have not been involved in anything, I fear being pursued by the security services because I am from the opposition hotbed of Ghouta.”

Moreover, Bassil, who is the head of the FPM, announced July 12 that the FPM has launched its central committee on the displaced Syrians’ return. He stated, “Most importantly is to reach a Lebanese strategic decision on the return and that this agreement be reflected in the ministerial statement.”

Boutros said, “The FPM established local committees in all parts of Lebanon to eliminate all hurdles and facilitate the return of the displaced to their country.” She added, “No communications are taking place between the FPM and the Syrian government. We are not a state. The information we have are provided to Lebanon’s General Security agency, which in turn examines them and submits them to the Syrian side.”

On July 7, Bassil lambasted the UNHCR “for countering the Lebanese policy that is against naturalization.” He blocked all residency applications for foreign UNHCR staff presented to his ministry after he obtained reports that the UNHCR is not encouraging the displaced to return to Syria and is allegedly trying to frighten those willing to return by asking questions about the security situation in their country.

Speaking to Al-Monitor, Abbas Sabbagh, a journalist for Lebanon’s An-Nahar newspaper, said, “The use of the de-escalation zones in Syria as a pretext is no longer valid, as the Syrian state has taken hold of most of the Syrian parts. Hence, it is possible for the displaced to go to areas controlled by the Damascus [regime], which has always welcomed a UN presence in these areas.”

In contrast, Hariri refrained from making any comment about Hezbollah or the FPM’s move. Nevertheless, in a July 20 statement, his media office welcomed the Russian Defense Ministry’s announcement on the establishment of a joint center to coordinate the return of the refugees to Syria. Hariri had dispatched his adviser for Russian affairs George Shaaban to Moscow where he told Russian Deputy Foreign Minister Mikhail Bogdanov on the same day that “Hariri counts on the Russian move, which would lay the foundations for a resolution of the Syrian displacement crisis,” Elnashra reported.

Reuters reported July 20 the Russian Defense Ministry as saying that “it had sent Washington a proposal for drawing up a joint action plan to bring Syrian refugees back to the places they lived before the war broke out in 2011,” following accommodations reached at the Donald Trump-Vladimir Putin summit in Helsinki.

Reuters cited the Director of Russia’s National Defense Management Center Lt. Gen. Mikhail Mizintsev as saying that “preliminary assessments indicated 890,000 refugees could return to Syria from Lebanon in the near future, 300,000 from Turkey and 200,000 from European Union countries.”

The discord among Lebanon’s forces over how to resolve this dossier is more likely to last until the formation of the new government. This is true particularly since the FPM is determined to add this dossier as a first item on the ministerial statement to set an implementation plan ensuring the return of the displaced Syrians.