Is Ankara trying to change demographics in Turkey's Kurdish regions?

The Turkish government’s decision to grant citizenship to Meskhetian Turks deported during the Soviet era pleases the Meskhetians, but raises the question of whether it constitutes intentional demographic change in Turkey’s Kurdish regions. 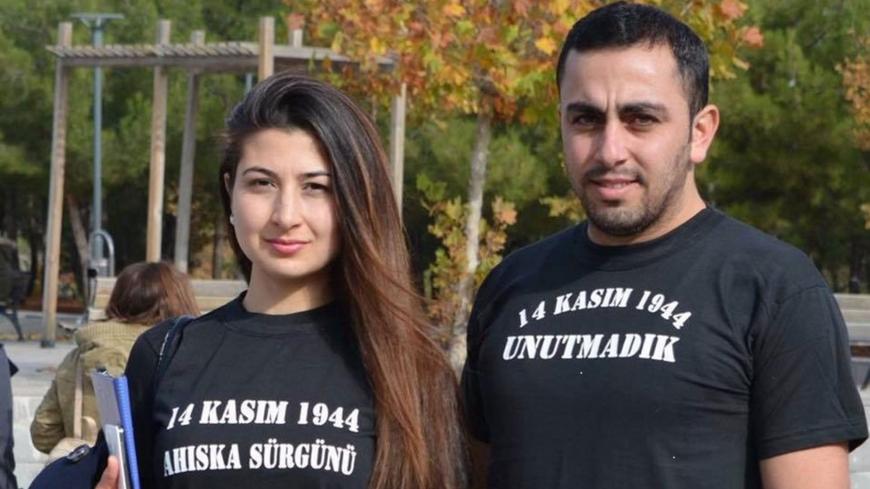 Some 74 years ago, Meskhetian Turks were deported from their homeland in Soviet Georgia. They've been trying to return to the region ever since.

“We were herded onto freight trains on the night of Nov. 14-15, 1944, and deported to Uzbekistan, Kazakhstan and Kyrgyzstan. Actually, we have never gotten out of that train," said Hassan Memetoglu, describing how Meskhetian Turks see their seemingly unending exile. Memetoglu, who was later transferred to his second exile destination in Ukraine, made it to Turkey in 1999, lived there as an illegal immigrant, got his residence permit and waited three more years for his Turkish citizenship. Many Meshketian Turks would like to move to Turkey; Georgia's Meskheti region, which is along the Turkish border, once was part of the Ottoman Empire.

More than 115,000 people from the Meskheti region in Soviet Georgia were exiled under orders of Soviet leader Joseph Stalin. They still haven't been able to return to Georgia in large numbers. Those who came to Turkey couldn’t obtain citizenship for a long time. Now they are promised Turkish citizenship, but that comes with heated debates about demographic change that negatively affects Kurds and about election gimmickry.

A Soviet decision in 1956 regarding people exiled under the Soviet regime allowed Chechens, Ingush, Karachays and Balkars (a Turkic people of the Caucasus) to go back home, but Meskhetian Turks and Crimean Tatars were not allowed to return. Armenians had been settled in the abandoned homes of Meskhetian Turks, who then were prevented from returning on the grounds of possible ethnic clashes. But the real reason was the proximity of the Meskheti region to Turkey, where many of the Meskhetis had relatives. Still, many Meskhetians moved to Azerbaijan, which was closer to their homeland.

In 1989, a dispute at a market in the Fergana Valley of Uzbekistan provoked a new campaign against Meskhetians. This time, they were expelled and forced to settle in sparsely populated villages closer to Moscow. When the Soviet Union collapsed, tens of thousands of Meskhetians moved to former Soviet republics. Those who went to Russia settled mostly in Krasnodar, Stavropol, Rostov and Kabardey-Balkar. Because they weren't issued new passports, they had no citizenship rights and couldn’t leave Russia.

In 1999, when Georgia became part of the European Council, it agreed to the return of the Meskhetians, but this promise wasn't kept. When Meskhetians did arrive, they were denied settlement guarantees and had to agree to remain stateless until formal procedures were completed. If their applications weren't accepted, they could wind up stateless forever.

Finally, Georgia declared that Meskhetians were actually Muslimized Georgians, and therefore shouldn't be called Turks, but rather Meshi or Mesket. Up until 2014, only 1,444 people had been given Georgian identities. In the meantime, the United States gave immigrant status to 12,000 Meskhetians who had been in Krasnodar in southern Russia; they were settled in various US states.

The preferred destination for Meskhetians was Turkey. With the help of the Turkish state, 150 families were settled at Igdir near the Russian border in the early 1990s, but plans to settle others in batches of 500 were soon forgotten. Nevertheless, Meskhetians kept coming of their own accord. Now there are 100,000 to 200,000 Meskhetians living in Turkish provinces, including Bursa, Antalya, Izmir, Aydin, Balikesir, Istanbul and Canakkale. Globally, Meskhetians total 450,000 to 500,000, including about 100,000 in Russia, 70,000 in Kazakhstan and 40,000 in Uzbekistan.

Meskhetians generally have been considered “natural Turks,” but only those who completed the necessary formalities could become citizens after waiting five years. In recent years, Turkey had been giving citizenship only to Syrian refugees; however, at the end of 2017, Turkey began granting citizenship to Meskhetians. This represented a policy shift away from “Turkish elements in the former Ottoman Empire territories should remain where they are to avoid weakening the spheres of influence for Turkey.”

“The settlement question is solved. You asked for citizenship, and we enacted a law last September to grant citizenship, first to 24,000. Now, about 30,000 more Meskhetians will get theirs,” he said.

Such statements are generally interpreted as election campaign gimmickry that has also intensified accusations that Turkey's government is trying to manipulate the country's demographics. This became clear after World Meskhetian Turks Association Chairman Ziyatdin Kassanov made a statement praising President Recep Tayyip Erdogan and saying Meskhetians will support him in the June 24 elections. This showed how accurately Erdogan's Justice and Development Party had hit its target.

In 2015, during the Ukraine-Russia crisis, some Meskhetians who had been stuck in the Ukrainian cities of Donetsk, Kharkov and Luhansk were transferred to Turkey. Ankara settled 1,300 of them in Uzumlu in Turkey’s eastern province of Erzincan, and 300 in Ahlat in the mainly Kurdish southeastern province of Bitlis. Kurds criticized the government for settling Meskhetians in locations that Kurdish villagers had fled because of clashes between the Turkish state and Kurdish militants.

Memetoglu, who pioneered the unification of 15 associations the Meskhetians had set up in Bursa, and academic Rustem Murseloglu, who came from Azerbaijan, assessed these developments for Al-Monitor. First, the Turkish state was telling Meskhetians to stay where they were and preserve their Turkishness, and then it promised to provide them Turkish citizenship. An estimated 50,000 Meskhetians have received Turkish citizenship, with about 40,000 others actively seeking it.

Experts said that until the recent changes, Meskhetians were treated like other foreigners who had to prove their ancestry by submitting registry information of their forefathers. This has made it very difficult, if not impossible, for some Meskhetians to become Turkish citizens. Meskhetians in general come as tourists who have to depart after their one-month visa expires, but police don't apply the rule, especially if the people have already applied for residence permits. It used to take one to two years to get a residence card, but now they can be obtained in two to three months. Those with residence permits still have a problem getting work permits. Many work illegally, making them vulnerable to abuse.

Meskhetians say they are hardworking people who aren't a burden on anyone. Before their mass deportation in 1944, they used to work mostly in agriculture. But the children were eventually encouraged to get an education. Now 60% are university graduates. Among those who came to Turkey after 1992 were 200 medical doctors, but they could not work in Turkey because their diplomas weren't recognized. Some had to work as construction laborers. Within the past 10 years, more than 2,000 young people have come from central Asia and Russia to study in Turkish universities.

Meskhetians are aware of the sensitivity caused by their settlement. Memetoglu complains of their political exploitation.

“Nobody cares about the Meskhetian issue. The dream of going back [to the homeland] is finished. OK, if we can’t go back, let the government settle us in areas that are extensions of our culture, such as Ardahan, Posof and Kars. The first immigrant group was brought to Igdir, where we had problems with the Kurds,” Memetoglu said. “Soldiers had to protect us. Some of our people gave up and moved away. It is wrong to settle us in Kurdish areas. Why are they settling us in tense areas?” Ardahan, Posof and Kars are close to the Georgia border.

Murseloglu said, however, that while the relocation choices might play into Erdogan's political interests, there are other factors. “The state has its own interests, but we are not forced. People were settled at Erzincan because there was available mass housing. There was no housing available in Posof and Ardahan, for example,” he said.

“The state still wants us to stay where we are, but Meskhetians will keep on coming. For example, there are massive economic problems in Azerbaijan. Our people see their salvation in Turkey. It is now time [for Turkey] to openly say, 'Meskhetian Turks are our true citizens,'” Murseloglu said.

"Citizenship must be given across the board," he said.