Whoever takes over Tunisia’s leadership eight years after the revolution will face an array of challenges, not least addressing the long-held grievances of much of the population and safeguarding the country’s democratic gains. 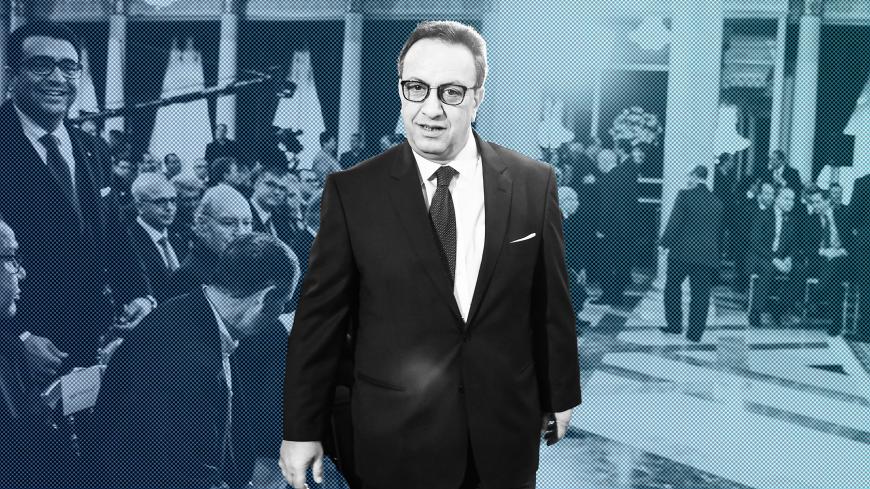 TUNIS, Tunisia — Infighting within Tunisia’s leading political party has pitted the prime minister against the president’s son in a burgeoning power struggle ahead of presidential and parliamentary elections next year.

Hafez, a divisive figure in Tunisian politics long accused of using his father’s clout to shore up power, has driven a number of former Nidaa Tounes members, such as former Secretary-General Mohsen Marzouk and his allies, to leave the party since his ascent to leadership in 2016.

However, Chahed received surprise backing from the moderate Islamist Ennahda party, a major partner in the governing coalition, meaning Nidaa Tounes and the UGTT do not have the numbers to oust him.

Ennahda said they were in favor of a limited Cabinet reshuffle but that changing the head of government would harm “political stability.”

“The country is becoming exhausted by change after change, [especially] bearing in mind the financial challenges it faces,” Rafik Abdessalem, former Tunisian foreign minister and head of Ennahda’s external affairs, told Al-Monitor. “It is not about Youssef Chahed. It is about the stability of the government. … We are in favor of political stability,” Abdessalem said.

The disagreement over Chahed’s fate led to the suspension May 28 of the Carthage II Agreement, a social and economic blueprint that is signed by leading political parties and trade unions, sparking fears of a widening political rift.

“This dispute puts Tunisia’s future in jeopardy,” Burhan Besis, Nidaa Tounes’ political affairs chief, told Anadolu Agency. “The scope of the crisis is too deep to be resolved by ordinary political maneuvering.”

On May 29, Chahed hit back at his detractors, accusing Hafez “and his entourage” of destroying Nidaa Tounes. “[Hafez] Caid Essebsi and his entourage destroyed Nidaa Tounes, forcing many of its activists and competences to leave,” Chahed said in televised remarks. “Today [the] country needs a real social dialogue, a dialogue that puts the country's real issues on the table ... the only red line is the national interest."

The “red line” was likely an indirect rebuke to the UGTT, which previously said “the sale of public companies would be a red line,” said Fadil Aliriza, an independent journalist and researcher based in Tunis, in an interview with Al-Monitor.

Aliriza also noted that Chahed’s speech was as much about reassuring “international financial markets and creditors” as it was about taking aim at his opponents.

Chahed “promised to carry out key demands of Tunisia's creditors before 2019,” Aliriza wrote on Twitter May 30, including to “reform social welfare funds,” “reform public institutions” and “reign in their salaries.”

One of Tunisia’s primary lenders is the International Monetary Fund (IMF), which granted the country a $2.8 billion loan in 2016 tied to reforms geared toward managing the public deficit.

In a May 30 assessment, the IMF said, “The Tunisian economy showed signs of recovery in the first quarter of 2018, with the highest growth since 2014 supported by agriculture and exports.” However, it also noted that “risks to macroeconomic stability, especially inflation, have increased and require a decisive response, complemented with measures to protect the poor.”

Indeed Tunisia’s poor and middle class, ailed by growing inflation, price hikes and a weakened currency, have felt little of the economic growth referenced by the IMF. Many say they are struggling to make ends meet.

“I can’t spend a lot in this country. I can’t live,” Achref, a street vendor in Tunis, told Al-Monitor. “One cannot spend on his family or himself.”

Asked about the government’s economic agenda, he said, “The political elite in Tunisia is a failure. They don’t care at all about the people. To them, the poor must always be seen as less than nothing.”

Such disenchantment with Tunisia’s ruling class was evident in last month’s municipal elections, which only 33.7% of voters took part in.

The results were particularly disappointing for Nidaa Tounes, which received only 20.8% of the vote, less than the 28.6% secured by Ennahda and 32.2% by independent candidates.

The lingering frustration with Nidaa Tounes ahead of the 2019 parliamentary and presidential elections could spell trouble for party members, who some say are angling to have Chahed take the fall for the party’s failures.

“The political party leading the national unity government [Nidaa Tounes] … wants to get rid of Chahed and blame him for their mismanagement of most of their pressing matters,” political analyst Mokhtar Dabebi told Maghreb Voices on March 19.

Despite drawing blows from all sides and previous indications he would not run, Chahed continues to be touted as a strong possible contender for the presidency.

While his near two-year tenure has been fraught with economic turbulence, the country has seen security conditions stabilize and was largely in favor of his “war on corruption,” which targeted some powerful smugglers and mafiosi once seen as outside the reach of justice.

The 42-year-old prime minister’s youth is also refreshing to many who see the political landscape dominated by aging leaders, and his “willingness to take on Hafez is also feeding into his popularity,” said Aliriza, noting that Hafez is widely unpopular throughout the country.

However, “It’s good to remember that [Chahed is] the least unpopular politician on the stage rather than the most popular,” Aliriza said.

Whoever takes over Tunisia’s leadership eight years after the revolution will face an array of challenges, not least addressing the long-held grievances of much of the population and safeguarding the country’s democratic gains. If the next head of state comes from Nidaa Tounes, they will also have to navigate a fractured political party whose jockeying and wrangling is only likely to intensify.