Israel's Labor party in search of a savior

Israeli Labor is holding its breath as former IDF chief Benny Gantz decides whether to join and save the sinking party or leave it to its fate. 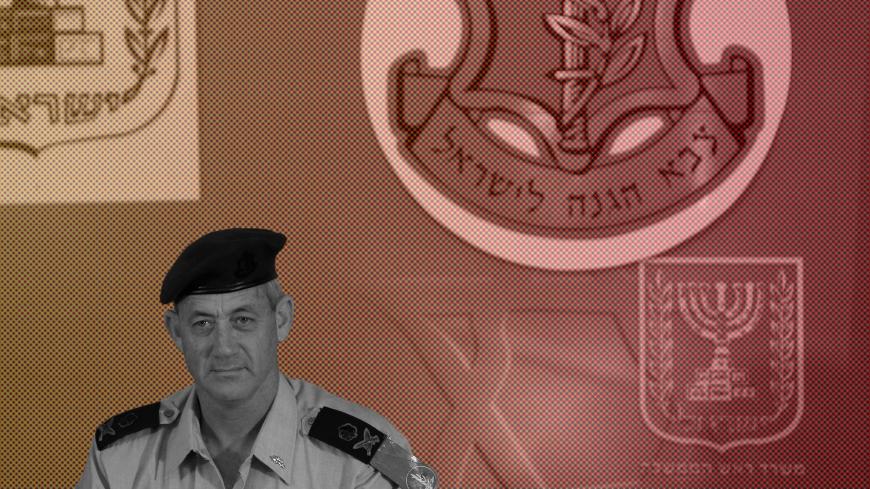 “I will only appoint someone full of energy and hungry for the tasks ahead as a minister in my government,” said Labor chairman Avi Gabbay in his June 14 interview with Army Radio. But not everyone took his declaration seriously. Even several Labor Party members reacted with a mixture of ridicule and chagrin.

“What ministers is he talking about? Things are so bad that we are busy with our survival. Most of us will not be back for another term if we continue to decline in the polls,” one of the party’s dismayed lawmakers told Al-Monitor on condition of anonymity.

The interview capped one of the toughest weeks Gabbay has endured since his surprise victory in the July 2017 party leadership primaries. More than he is bothered by a constant slide in the polls and a bitter war of words with former party leader Amir Peretz, Gabbay is facing persistent reports that the former military chief of staff, Lt. Gen. (res.) Benny Gantz is coming to replace him in a last-ditch attempt to save the party. Despite sweeping denials by all sides of a reported agreement between Gantz and Labor, the whispering and speculation are weakening Gabbay and turning him into a lame duck who may be unable to survive as party chair until the November 2019 general elections.

When Gabbay was asked on the radio whether he could affirm that he would be the party’s candidate for prime minister in 2019, he answered, “With certainty.” Gabbay is trying to convey a sense of business as usual and displaying confidence in his ability to trounce Prime Minister Benjamin Netanyahu in the next elections. However, Knesset members of the Zionist Camp faction and especially of its main component, Labor, are walking around in a funk.

Gabbay's self-assurance notwithstanding, his party’s Knesset members sense uncertainty regarding their future and are praying for Gantz, who is taking his time deciding. He is naturally concerned about the internal chaos within Labor. The infighting between Gabbay and Peretz is hardly enticing, and he has at least two other options: joining the centrist Yesh Atid as second in command to its chair Yair Lapid, or founding a new political party under his own leadership.

Labor representatives are in constant touch with Gantz. Clearly, Gabbay would accept him with open arms as his number two. But on top of that, other Knesset members who have met with him, often behind Gabbay’s back, are promising Gantz that the minute he says yes, they would make sure to move Gabbay aside and give Gantz the top job.

Gabbay hears it all but is still signaling confidence in his leadership, confidence that appears inappropriate given what is going on under his very nose. It’s hard to say whether Gabbay is fully aware of his Knesset members’ despair as they see ever more voters turn away from the party. The fact that Lapid, Labor’s main rival on the opposition benches, is also crashing in the latest polls is not a source of comfort because his voters are not going back to Labor, from where many came. They are sitting on the fence or moving over to the new party established by Knesset member Orly Levy-Abekasis.

According to one Labor Knesset member who spoke on condition of anonymity, Gabbay may not realize that he will have no choice but to step aside if Gantz decides he wants to lead the party. “When we come to him with polls showing Gantz giving us 20 Knesset seats and more — and such polls do exist — how will he convince us that he can beat Bibi?”

Gabbay, a newcomer to the veteran party, lacks a strong base of support among the Labor membership and within its top echelons. Granted, former leader Shelly Yachimovich is considered a very close associate and ally, but she is unlikely to be able to defend him unless his poll numbers go up.

Gabbay is undoubtedly a workhorse, very industrious and ambitious, but he has failed to stop the downward spiral in recent months of the party’s fortunes. As the elections near — the prevailing assessment within political circles has the elections being moved up to early 2019 — pressure on Gabbay is sure to increase.

Another Knesset member privately described the tough times in the Zionist Camp, which is the largest opposition party with 24 Knesset seats: “We are nervous and troubled. Most of us will not be coming back to the Knesset and that increases the tensions among us. There are lots of fights. We have turned into a group of lone wolves. Rather than chasing our prey together, we are devouring each other. It is clear that Avi Gabbay will not manage to get off the ground on his own and we need an outsider to save us. Gantz is the right person, a former chief of staff with a positive image.”

The lawmaker said Gabbay failed to instill a sense of joint purpose within his party. “There is no clear ideology because he keeps coming out with statements without consulting us and we no longer hold stormy deliberations in the faction.”

One June 15, Labor’s Knesset members awoke to yet another disturbing headline about their leader. Maariv reported that a year before entering politics (he founded Kulanu with Moshe Kahlon in 2014), Gabbay had been in advanced negotiations with one of the country’s major gas companies. Later on, he became a sworn enemy of the gas companies and waged a campaign against them. During the Labor primaries, he made the controversy over profits from Israel’s offshore gas reserves a flagship issue but failed to disclose that he had at one point considered joining one of the companies, according to the report.

Gabbay issued a lengthy response in which he claimed that he had reported his involvement in such negotiations in the past and that someone was now trying to recycle an old story. Gabbay may be right, but the report and even his response did little to lift the low spirits and sense of defeat in Labor and the feeling that Gabbay is turning into an electoral burden.

Will Gabbay voluntarily cede his leadership position if Gantz signs up? Labor lawmakers confess they have no idea. “The feeling is that we don’t know him well enough to say what he will do at the moment of truth,” said a veteran party legislator on the condition of anonymity. “We hope he will do what’s best for the party.”