Despite the popularity that got him elected, Labor's new chair, Avi Gabbay, is an enigma in Tel Aviv. 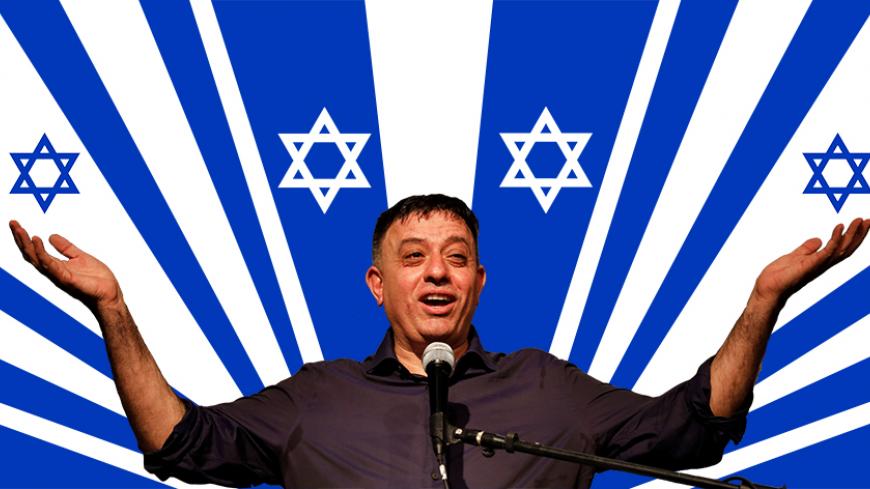 The first meetings of the new chairman of the Labor Party, Avi Gabbay, left staffers perplexed. The new boss wasted no time on pleasantries. The meetings were “cold and businesslike,” according to one of the participants.

“Gabbay got straight to the point and made clear that he expects a minimum of disruptions from us, because his goal is to double the number of party members to a 100,000 and get 30 seats for Labor. Obviously we also want to see him succeed, but the way he behaved with us, as though running a business and not a party, is foreign to us,” Al-Monitor learned from a second participant who like everyone else asked to remain anonymous.

These accounts express a common sense of uncertainty regarding the future of the party under the leadership of Gabbay, who is polling well for now. Since he was elected July 10, Gabbay has met with all 24 Knesset members from the Zionist Camp (of which Labor is a partner). He told them that he intends to bring 30 seats to the party, but they all seem to have left with a strange feeling that they don’t know the man.

Gabbay entered his new role with gusto. He arrives every morning at the office vacated by former leader Isaac Herzog in the office building on Yigal Alon Street in Tel Aviv, and leaves work at a late hour. Gabbay projects a sense to those around him that there’s a new boss in town and that he has a well-ordered work plan.

After the surprising election of a man who never voted for the party and joined it only eight months ago, Gabbay is in many ways an enigma — to Knesset members from the party, its veteran activists and party operatives, who have all known each other for many years. Most of them are unfamiliar with his style of management, his character, his opinions, his temperament or even his political identity.

Gabbay is a strange bird in politics. He grew up in a Likud home. In the last election in 2015 he established the right-wing Kulanu with Finance Minister Moshe Kahlon. He was appointed minister of the environment and quit the government after less than a year and a half before popping up out of nowhere in the Labor Party.

Gabbay took over the party in the blink of an eye, beating the entire party apparatus, including four Knesset members who ran against him in the primaries. One of these rivals defeated was sitting Chairman Isaac Herzog and another, Amir Peretz, was a former chairman and minister of defense. His contenders were all of Labor's flesh and blood. None of them is a yes-man, and Gabbay will have a painful lesson to learn that Labor is the complete opposite of Kulanu, which coalesces around Kahlon. “In Labor, every member of the central committee acts as if he has a share of the party, and if the polls stop flattering Gabbay he’ll discover that with all due respect to his business management methods, his life could get hard,” a source from the party told Al-Monitor on condition of anonymity.

Labor has experienced many shake-ups in the past two decades since the assassination of Prime Minister Yitzhak Rabin. Chairs came and went after losses in election cycles until the party's identity was no longer clear.

Since the election of Shelly Yachimovich as chairperson in 2011, the party has been branded with a social democratic agenda, and many of its Knesset members are identified with parliamentary activity on social justice issues. Gabbay is the antithesis of this agenda. He's a businessman who got rich from his work at a public company that privatized — one of the targets of the 2011 social justice protests identified with Labor. His diplomatic-security agenda can be summed up in declarations of intent and slogans. Gabbay has never had an official position on these issues.

Gabbay doesn’t have much in the way of political history and so his opinions aren’t well-known — not to the wider public nor to the members of the party he now heads. While Gabbay has spoken about many topics, in most cases he offers an opinion on a particular topic or event, and does not sound like someone with a well-formed and well-reasoned philosophy that he has held for years.

On July 19, Gabbay visited Tiberias to meet with a few hundred residents. Tiberias is a city in the northern periphery, where the party received barely 7.5% of the vote in the 2015 elections. It’s one of the Likud strongholds that Gabbay has marked as a source from which to draw new constituents. He wrote in a Facebook post, “We said we’ll start the campaign to change our government precisely in the places that don’t vote for Labor, and we’re doing that.” Gabbay intends to continue to all the towns identified with the Likud.

In the meantime, the Gabbay phenomenon is creating shockwaves in the political establishment, especially in the left-center camp. The first to suffer was Yair Lapid, the chairman of centrist Yesh Atid who until Gabbay’s election seemed the most likely to go head-to-head with Prime Minister Benjamin Netanyahu. The polls showed an immediate effect, and Lapid found himself lagging behind the new kid in politics. For the first few days it seemed Lapid was losing his focus. Since then Lapid has gotten hold of himself, started attacking Netanyahu again and relaunched his anti-corruption campaign aimed at the prime minister's soft underbelly following the submarine affair and the arrests of his associates.

Lapid is working to win back the voters that the polls showed would choose Labor after Gabbay’s election. He has no intention of surrendering, with a well-oiled party, active branches and an apparatus he controls. Gabbay, on the other hand, will have to spend his energy on political concerns within his own party including perceived offenses, arm-twisting, score-settling and rivals waiting for him to fall.