Long road to justice for Yazidis who escaped IS

Yazidi women who were once held captive by the Islamic State still struggle to have their voices heard in Iraqi courtrooms, where their captors are being tried. 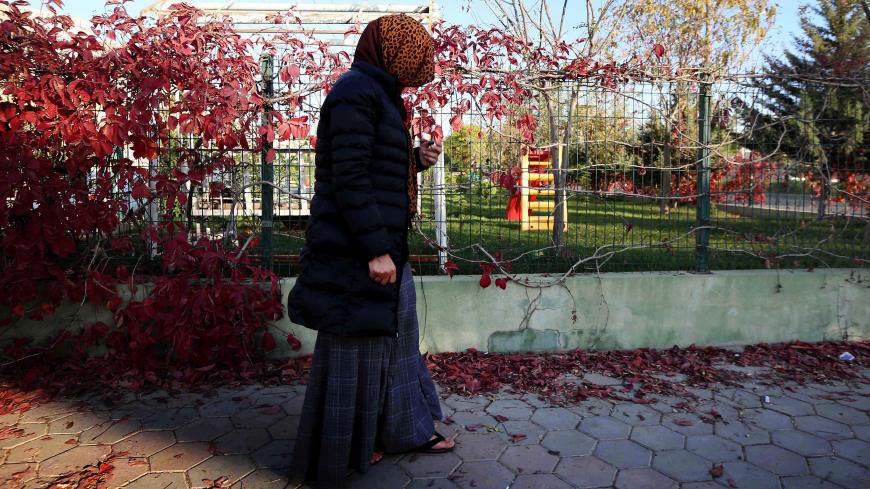 DAHUK, Kurdistan Region of Iraq — When Hayat was captured from Sinjar by the Islamic State in August 2014, the militants thought that the petite Yazidi woman with a girly face was much younger than 19. To ensure that IS wouldn’t sell her as a slave, Hayat pretended to be deaf and mute. She assumed IS fighters weren’t interested in handicapped girls.

She turned out to be right. The first couple of months, Hayat wasn’t separated from her family or sold as a "sabiyya," or sex slave. But then somebody blew her cover. That’s when her nightmare really began.

"A fellow captive, a Yazidi woman, told IS that I lied, that I could indeed hear and speak," says Hayat, now 23. "Together, with other women and girls, IS took me to a base in Mosul. An IS leader named Abu Ali gave me clothes and forced me to take a shower. After this, an IS fighter drew my name out of a lottery.”

Sitting in a badly ventilated tent in an overcrowded camp for internally displaced persons near the city of Dahuk, she tells Al-Monitor she would like to share her story but doesn’t want her real name mentioned as some members of her family are still in captivity.

When asked how many times she was sold, Hayat picks up her notebook and counts all the names. "Thirteen times," she answers.

Her horrific ordeal ended when she escaped in July 2017, but memories of captivity still haunt her. Hayat remembers everything about the men who raped and beat her, from their ages and facial expressions to their cars and where they lived. "I think about it all the time," she says. "They were so bad to me, all of them."

Hayat documented in her notebook all these details about the men who abused her. She has also told her story to journalists, nongovernmental organizations and even to officials of the Kurdistan Regional Government, but she still feels like nothing has been done with the information she has provided.

Hayat is not the only one who feels hopeless. Many women like her live in camps for the internally displaced in Iraqi Kurdistan, where hundreds of thousands of Yazidis have lived since IS invaded their homeland of Sinjar. Camp conditions are difficult. Yazidis live in tents, there is no electricity and many struggle to make ends meet. In May, many tents flooded during a heavy storm, and a teen died after a fire broke out in Khanke camp.

“Yazidis have been living in the same tents for four years now, while the UN said that the [situation] would last for one year only," says Bahar Ali, director of the Emma Organization. "No jobs, bad living conditions and a grim future: That’s life for Yazidis who came back after, sometimes, years of captivity. They faced all this sexual violence and just sit there in the tents, with all their memories. It is very bad."

The lack of justice for victims of IS often stands in the way of their healing process, Ali says. “Part of the recovery is a criminal being punished for his deeds. No punishment means no justice,’’ she adds.

After the so-called IS caliphate collapsed, Iraqi courts tried thousands of suspected IS members and collaborators, though many more are still awaiting prosecution.

In a new courtroom in Dahuk, a judge informs Ahmad, 26, from Sinjar, of the crimes he is accused of committing: joining IS, stealing weapons from the peshmerga and participating in a massacre in Hardan, a village in north Sinjar.

“According to a witness, you were with [IS] when they killed the men in Hardan," the judge says. "Did you join IS and kill the people over there?"

Ahmad, wearing a red T-shirt, shakes his head: “No, all the accusations are false."

The judge calls a witness, but the witness doesn't appear. A few minutes later, Ahmad’s trial is finished. During the rapid, 20-minute trial, no Yazidis were called to testify, and there was no mention of the Yazidis, slavery or genocide. In the afternoon, after deliberation, the judge tells the suspect he is free to go.

According to another judge in Dahuk, Ghazi Khaleel, who has tried similar cases, there was not enough evidence to put Ahmad behind bars. “We prosecute IS militants and collaborators for membership in a terrorist organization, not for genocide," he says. "We don’t have enough evidence yet, as the mass graves in Sinjar, for example, still have to be examined. This investigation will take a long time, probably years."

While the United Nations has declared the killings of Yazidis by IS to be genocide and has launched an investigation into the war crimes of IS, judges in Iraq have been prosecuting IS suspects under the country's counterterrorism law, charging suspects with either belonging to IS or providing assistance to the group.

Pari Ibrahim, founder and executive director of the Free Yezidi Foundation, finds it frustrating that after almost four years, not a single individual has faced justice for crimes committed against Yazidis.

Ibrahim, a Yazidi herself, says it’s important for the community that Yazidis have their day in court. “In Iraq, many have even been convicted or sentenced to death for joining or collaborating with IS, but not because of what they did to Yezidis," she says. "It’s important for us that these criminals are being charged for these horrible atrocities."

In Iraq, there is no law to punish genocide, says Ibrahim. “The Iraqi terrorism law doesn’t mention anything about rape or sex slavery," she says. "Iraq also has a statutory rape law, but it is not being used for terror suspects, only for civilians."

Ali understands the frustrations of the victims. As a young woman, she lived through the infamous poison gas attack on Halabja in the '80s. She wanted Saddam Hussein to be punished, but then his regime was overthrown in 2003.

Ibrahim says the West faces the same problems when prosecuting IS fighters. “Of the thousands of fighters who traveled on European passports, and the thousands who returned, none has been tried for crimes against Yazidis," she says. "We are working very hard on changing that."

After a two-hour interview, Hayat asks if there are any questions left. She looks tired as she rubs her head. Ever since she was rescued from the hands of her rapists, she suffers from nightmares and migraine attacks.

“I tried everything, but it doesn’t get any better. I have to try to live with it, I guess." 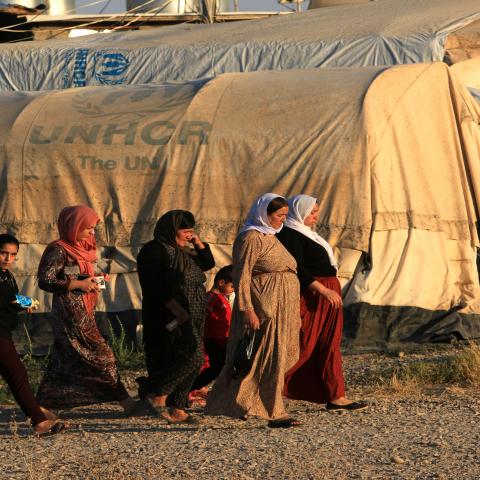 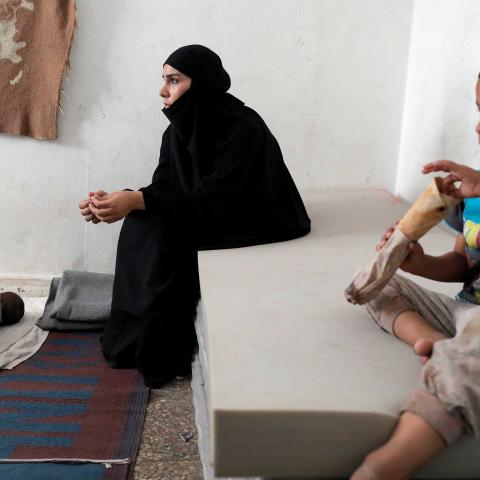