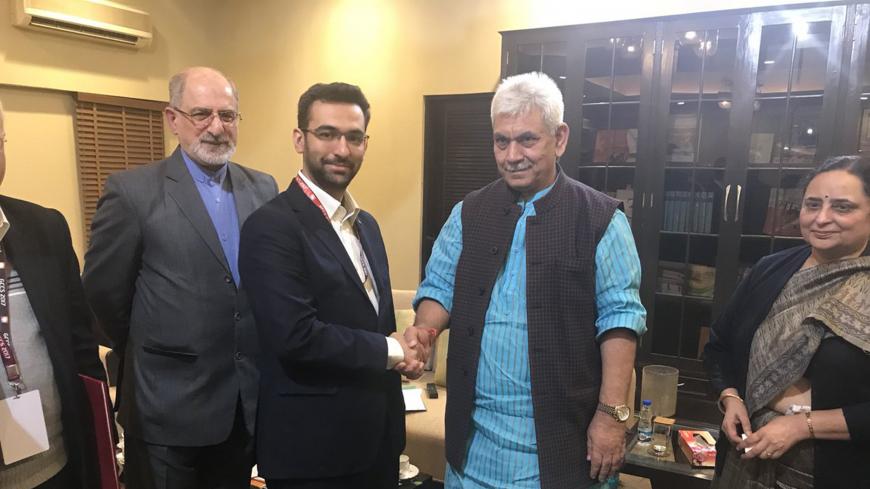 It all began in Charsoo, a centrally located tech mall in Tehran, where shop owners launched a strike June 24 to protest the uncertainty caused by foreign exchange fluctuations, which they said had strongly impacted business.

The shutdown prompted the minister of information and communications technology to visit the market in person for a firsthand look at the situation. What happened afterward was like a bombshell. In a chain of tweets, the young minister, Mohammad Javad Azari Jahromi, disclosed a list of leading cellphone importers who had been granted whopping foreign currency at the official “unified” rate of 42,000 rials per dollar, but had sold the products for prices calculated on the black market rate of around 79,000 rials per greenback.

The transparency drive did not stop there. Jahromi posted details about an inspection report on one such firm, which had imported 20,000 iPhones and sold 75% of them for a price about $450 more than the expected rate. The young minister revealed the names of the company’s two owners.

At both ends of Iran’s political spectrum, the revelations were warmly received as a positive step toward combating rampant corruption. Parvaneh Mafi, a Reformist parliamentarian, described Jahromi’s move as a face-saver for the other ministers and demanded that President Hassan Rouhani immediately reshuffle his “sleeping” economic team amid the ongoing turbulence, an idea echoed in the June 27 edition of the Reformist Aftab daily. Former government spokesman Abdullah Ramezanzadeh tweeted, “In a courageous and admirable move, the young minister officially released the list of corporations that have been granted currency at the official rate. Time has now come for the Ministry of Industry to follow suit. Transparency is the only solution to battle the ongoing turmoil.”

Gholam-Reza Mesbahi Moghaddam, a conservative politician and member of the Expediency Council, appreciated what Jahromi had done. “With that list, the supervisory bodies can do a better job,” he said. In addition, the deputy chief of the trade unions revealed that in the same investigation one company was found to have enjoyed the government-rate currency for mobile imports; however, it was not a tech firm, but active in the livestock and poultry sector.

As Jahromi lifted the lid on those fraudulent corporations, a hashtag was developed to promote the transparency campaign that he had initiated. “It is this very transparency that has kept my hopes alive on the vote that I cast for Rouhani,” one user posted. But some cast doubt on the 36-year-old minister’s disclosures, describing them as too little, too late. “It is just one small slice from a gigantic glacier of corruption in the Islamic Republic.” And questions also lingered: “It is said that the importer had been officially registered less than a month ago. How could possibly such a fledgling company be granted government-rate [hard] currency?”

The corporations named in the inspection report have yet to react to the minister’s revelation. But the ripple effects might have already touched their profits. The success of the young minister’s transparency campaign, on the other hand, could highly depend on the protection he receives, as one tweet said, “Let’s pray that he won’t get targeted by the scavengers.”