Iran's judiciary is intensifying its crackdown on state managers accused of massive fraud amid a currency crisis the country is struggling to overcome. 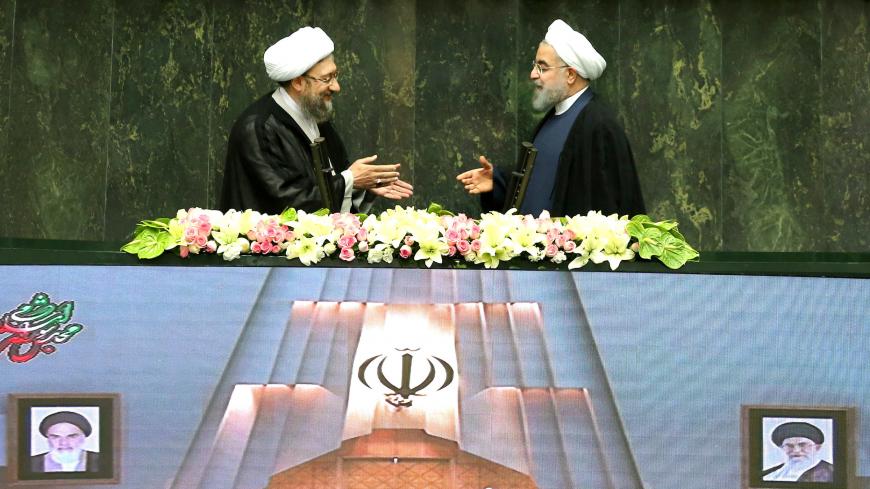 Several top managers at Iran's Ministry of Industry, Mine and Trade have been put behind bars as the nation increasingly discovers that rampant corruption is a major cause behind the current economic turmoil.

Judiciary spokesman Gholam-Hossein Mohseni Ejei announced that at least five top managers at the ministry were arrested — four of whom are now in custody. The arrests were apparently made in connection to vehicle import fraud and the abuse of the official rate currency offered at the lower level of 42,000 rials per US dollar.

Vehicle imports have long been seen as monopolized by well-connected, mafia-style corporations, which have benefited from the rial devaluation and enjoyed government privileges. Ejei went into further detail by publicly naming the director general of Iran's Trade Promotion Organization and one of his deputies as two of those arrested. "The prosecutors have been ordered to speed up the probe, show no leniency to the defendants and disregard their positions," he added.

According to Ejei, the crackdown was launched after the prosecutor general requested from the Central Bank of Iran a list of the vehicle importers given access to official rate hard currency. He also raised the question of whether the Central Bank's granting of currency to the private companies was a lawful decision amid the current market turbulence.

The controversy over fraudulent importers began more than a month ago when Iran's youngest Cabinet member, Minister of Communications and Information Technology Mohammad Javad Azari Jahromi, initiated a daring campaign by unveiling a list of cell phone importers that had enjoyed official rate currency but apparently fleeced customers by setting prices on the basis of black market rates, which are roughly twice as high. However, Azari Jahromi himself has come under fire from some quarters amid claims that his ministry emboldened a lot of the very same cell phone companies.

Minister of Industry, Mine and Trade Mohammad Shariatmadari was one of the very first within President Hassan Rouhani’s administration who not only did not applaud the young minister's bold move but even stood against it. "What the minister did was not good and only caused market turbulence. I'm not going to follow suit," Shariatmadari said, suggesting that he would not release a similar list in his ministry. Shariatmadari insisted that it was the Central Bank's responsibility to offer the list of the recipients of official rate hard currency and that such a revelation would be tantamount to declaring war on the private sector. "We will make decisions based on our God-given reason — decisions that will best serve our economy," he said.

These remarks sparked a verbal exchange between the two officials. "I have to say with the faith in my heart that is based on the God-given reason that corruption is like a termite [that erodes] the country's economy and serves as a destabilizing factor. … We need to grip the bull of corruption by the horns," Azari Jahromi tweeted back, digging in his heels. This move, amid mounting public pressure and a directive issued by Rouhani, made the reluctant industry minister finally give in and join the campaign at last.

The way the two ministers addressed corruption has highlighted the differences between two generations of officials in the Islamic Republic. Shariatmadari, to many, represents the traditional official who runs the institution under his command with conservatism, while Jahromi is seen as a forerunner of outspoken officials who are ready to take risks and find popularity in their openness with the public.

In the face of Iran's multiple economic woes, one quick remedy is offering space to young managers who are trying to address corruption. This is also one reason that has led to calls for Rouhani to "mend" his Cabinet and his economic team in particular, including Shariatmadari.