Iran’s insurance industry braces for impact of US sanctions

As Iran’s insurance industry awaits the re-imposition of US nuclear-related sanctions, the sector is this time better prepared for external restrictions. 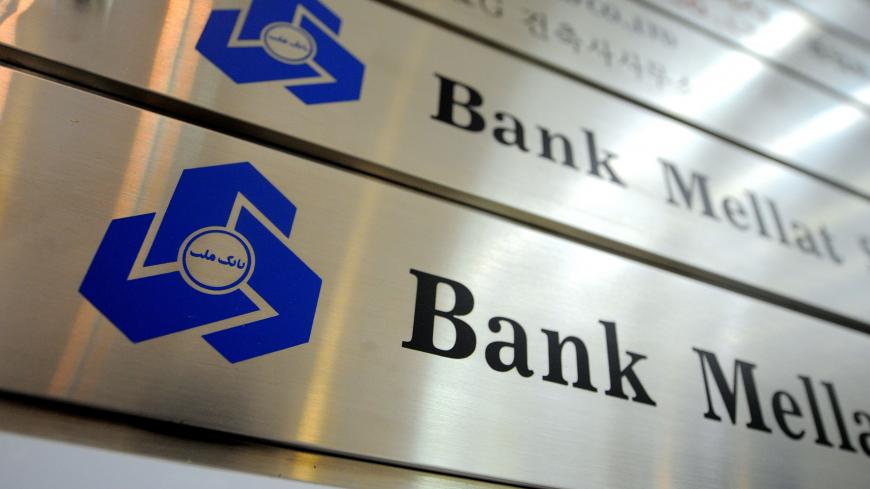 Nameplates for Bank Mellat, an Iranian state-run commercial bank, are seen in the lobby of its Seoul branch in Seoul, South Korea, Sept. 8, 2010. - PARK JI-HWAN/AFP/Getty Images

In Iran, the insurance industry is one of the most important sectors of the economy that will be impacted by the US withdrawal from the nuclear deal — indeed, the trade already has been affected. However, it appears that Iran, which experienced a bitter sting as a result of the previous sanctions, is much better prepared for external restrictions this time around.

The Iranian insurance sector is ripe with opportunity as its potential remains largely untapped. Abdolnasser Hemmati, head of the Central Insurance of Iran (CII), says 70% of the country's $3 trillion potential is uncovered. The CII acts as the industry's sole regulator and one of its few local reinsurers. The industry's annual turnover recently surpassed 500 trillion rials ($11.87 billion) for the first time.

That potential prompted dozens of major companies, mostly European ones, to quickly try to find their way back into the country's market after sanctions were lifted in January 2016 thanks to the Joint Comprehensive Plan of Action (JCPOA).

Germany's Munich Re, the biggest reinsurer in the world, in July 2017 signed a contract with Saman Insurance Company, affiliated with private Bank Saman. It became the first foreign reinsurer to start working with Iran again following JCPOA implementation.

Munich Re also reached a deal with Mellat, affiliated with the privatized Bank Mellat, which was publicized in early May, where the entire life insurance portfolio of the Iranian insurer is covered by the Germany powerhouse.

The reinsurer Iranian Re, affiliated with Bank Pasargad, also has engaged in negotiations with global brands such as SCOR, Partner Re and Nasco Insurance Group. India's GIC Re was also eyeing Iran's market last year. Meanwhile, Europeans have been considering purchasing shares in Iranian insurance companies since the JCPOA implementation. But all that has fallen flat during the past few months as it was becoming increasingly evident that US President Donald Trump would not remain faithful to the nuclear deal.

Another important field of cooperation that may be undermined in light of returning US sanctions is the variety of educational courses held in Tehran by European insurers. The classes could prove vital in updating Iranian insurers' level of knowledge and expertise and the country's conformance to ever-evolving international standards.

Germany's Allianz on May 15 dealt the first Trump-related blow to Iran's insurance industry by announcing that it is "developing wind-down plans for relevant business to ensure appropriate termination within the defined periods" of the effective reimplementation of US nuclear-related sanctions on Aug. 6 and Nov. 4. The details of Allianz's dealings with Iran — namely with Parsian Insurance — were not publicized much beyond that it concerned medical insurance, but the Allianz representative stressed that the company's Iran business was "totally minimal."

When contacted by Al-Monitor, Allianz repeated the same statement; SCOR and GIC Re did not respond. Munich Re said it cannot comment on the issue at the moment. Still, global insurers other than Allianz so far have stayed their hands,

A Partner Re representative told Al-Monitor, "We are currently monitoring the developments in Iran and analyzing the impact on our reinsurance relationships."

A Swiss Re representative said the company is "currently assessing the impact of the announced US withdrawal on its business whilst anticipating further guidance from the US authorities and the EU" and that it "considers compliance and regulatory matters to be of the highest importance."

Sara Haghighivand, an Iranian insurance expert and the director of business development at the credit rating company Capital Intelligence, said circumspect European insurers are more likely to exit Iran than choose to continue collaborations under threat of sanctions, even as they are familiar with the lucrative potential of the Iranian market.

"They won't wait for their governments to make a decision for them because the level of business they have with the US is much bigger than their business in Iran," she told Al-Monitor.

That was because previous multilateral sanctions hit the insurance industry hard and “it took a long time for the industry to adapt to new conditions.”

“This time, the volume of the deals was much lower, so their potential withdrawal will have no immediate and severe impact,” Haghighivand said.

Iran is not just standing around. Even as top-tier officials participating in the 6th Iran-Europe Forum in Tehran on April 28 were trying to salvage existing ties and encourage Europeans to stand up to US pressure, Hemmati announced at the event that Iran is already looking to the east. The country has commenced negotiations with the likes of China, Russia and India, he said.

CII also pointed out in a recent edition of its biweekly publication Insurance News that it had foreseen a US withdrawal from the JCPOA and a subsequent winding down of European business in Iran. The regulator also expressed confidence that “there are no unsolvable problems.”

There remains only the shipping front, in which Iran had managed to obtain membership in several P&I Clubs after the JCPOA. But as the Oslo-based Skuld, one of those clubs, warns, "Shipowners and charterers who are considering trading to Iran should understand that P&I cover for such trade is unlikely to remain in place where there is a risk that providing insurance risks the imposition of sanctions by the US.”

So should Europe fail to keep the JCPOA alive, Iran will have no choice but to turn to other prospective partners. Those will certainly not be on-par replacements for the likes of Munich Re and SCOR, but will simply have to do.