No agreement has been struck between Turkey and the United States on the control of Manbij, though Ankara is eager to report one with its somewhat estranged ally. 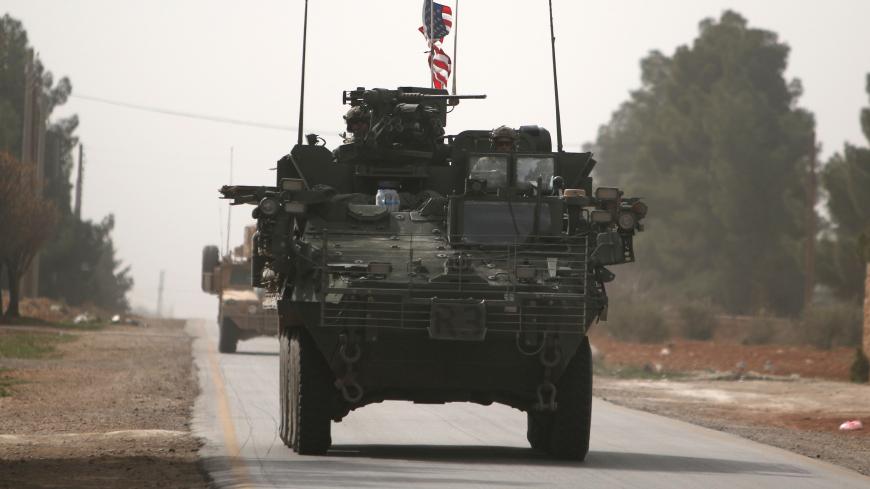 By now it's become customary: Whenever Ankara says it's reached agreement with Washington on Syria, Washington responds, “Not quite.”

So it was yesterday, when State Department spokesperson Heather Nauert declared, “We don’t have any agreements yet with the Government of Turkey.” She was responding to reporters’ queries regarding an earlier assertion by Turkish Foreign Minister Mevlut Cavusoglu that Turkey and the United States had agreed on a deal whereby the Kurdish-led Syrian Democratic Forces (SDF) would leave the town of Manbij and the city would be patrolled jointly by US and Turkish troops. “We are continuing to have ongoing conversations regarding Syria and other issues of mutual concern,” she noted.

The SDF-backed Manbij Military Council stepped into the fray with its spokesman, Shervan Darwish, dismissing Turkey’s claims that the council would be dismantled.

Today, a seemingly unfazed Cavusoglu repeated the claims that US and Turkish forces will control the mainly Arab town that was wrested by US-backed SDF fighters from the Islamic State after a bloody battle in August 2016.

Elaborating on an agreed road map, Cavusoglu told reporters, “There are concrete steps in this road map: The YPG [Syrian Kurdish People’s Protection Units] will be ejected [from Manbij]. The United States and Turkey will together decide who will participate in the new administration and security forces. [The United States] may say, ‘You decide on half, and I can decide half.'”

Cavusoglu stated that over 90% of Manbij’s population was composed of ethnic Arabs while only 2% were ethnic Kurds. The town’s new administration needed to reflect its demographic structure, a model that could be replicated elsewhere, “including Raqqa.” He added that the United States seemed determined to “disrupt links” between the YPG and the outlawed Kurdistan Workers Party (PKK), which has been waging a bloody insurgency inside Turkey since 1984.

Until recently, Turkey insisted that the YPG and the PKK were the same. Might Turkey be softening its stance? It all depends on whether the YPG can be disbanded, disarmed or merged into a new “national” Syrian army that Turkey is planning to form.

Manbij became the trigger for rising friction between Turkey and the United States when the latter failed to fulfill pledges that the YPG would withdraw from the town once it was liberated from IS. Manbij is situated west of the Euphrates River and Turkey has declared any YPG presence west of the river a red line. The YPG is closely affiliated with the PKK. Thus Turkey views the Pentagon’s ongoing partnership with the YPG as a betrayal.

As the military campaign against IS winds down, the United States has been working to find ways to rebalance relations with Turkey, a critical and increasingly unpredictable and belligerent NATO ally. The need to improve ties gained urgency after Turkish troops invaded the Syrian Kurdish enclave of Afrin with Russian help. Fending off further Turkish attacks against the YPG that could unravel the fragile balance struck between Kurds and Arabs and torpedo stabilization efforts in US-protected northeastern Syria is one of the primary goals.

Some within the administration reportedly believe that once President Recep Tayyip Erdogan emerges victorious from the June 24 snap polls he will likely relax. His need to project anti-American bellicosity will recede. Signalling a drift away from the YPG in favor of Sunni Arabs, bringing Turkish-backed Islamist rebels under the banner of the “national army” to areas liberated from IS would melt the ice with Ankara, their thinking goes. The Turkish version of this plan, which some administration officials purportedly subscribe to, envisages building anti-regime enclaves across Syria managed by Turkey and the United States, in which the YPG would be sidelined and Damascus denied access to vital energy, water and agricultural resources. It would also roll back Russian and Iranian influence. But Nauert’s rebuttals suggest the debate between the pro-Turkey camp and those who want to maintain the status quo in the partnership with the YPG is far from over.