Turkey gears up military might to host live-fire war games

The Ephesus joint combined military exercise — the Turkish military’s most prominent annual display — will reveal much about the operational effectiveness of the country's armed forces in the aftermath of the July 2016 coup attempt. 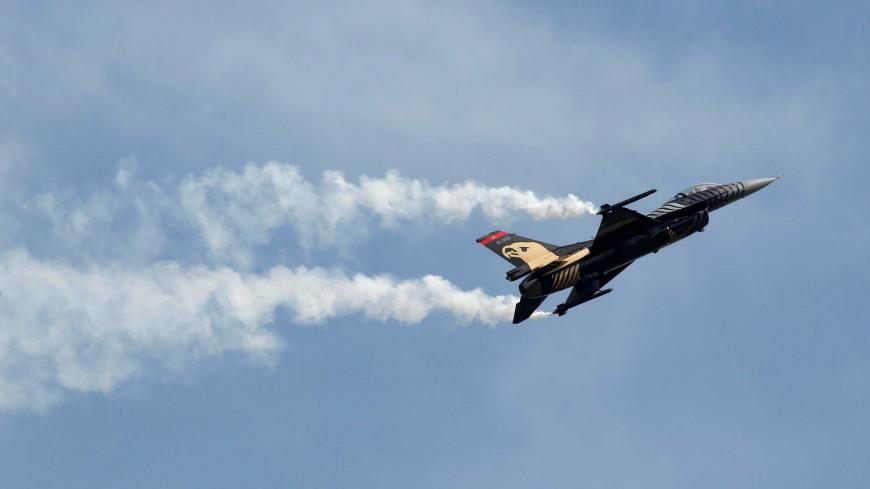 An F-16 Solo Display Team performs over the Akinci military air base during an event as part of celebrations of the 100th anniversary of the Turkish Air Force in Ankara, Turkey, April 15, 2011. - REUTERS/Umit Bektas

Turkey has something to prove.

The Ephesus 2018 Joint Combined Live Fire event, set for May 7-11 in Izmir, will be Turkey's first high-profile conventional international exercise since the July 2016 attempted coup. The display should reveal important data on the operational effectiveness and conventional capabilities of the Turkish Armed Forces (TSK).

The Turkish general staff describes the objective of the exercise as developing and maintaining the combat readiness of the joint headquarters and field units together with elements of the invited countries. No doubt the exercise will demonstrate the TSK's status in the aftermath of the coup attempt — hence the exceptional interest shown by foreign mission chiefs, military attaches and international media.

The exercise calls for the cooperation of numerous entities. In addition to TSK elements, Turkey’s public bodies, such as emergency relief services, the postal department, the Ministry of Health, local municipalities and Turkey’s official media, as well as civilian companies that specialize in telecommunications, cybersecurity and information technology will also take part in the exercises. The TSK seriously felt the lack of civilian-military integration during its Operation Euphrates Shield (August 2016-March 2017) and Operation Olive Branch (January-March 2018), and this time it will coordinate with the civilian sector to improve the situation.

Saudi units that will take part arrived in Turkey at the end of April. Saudi Arabia's readiness to take part in the exercise despite the problems it's been having with Turkey indicates it favors continuing cooperation in the military and defense fields.

Major NATO forces Germany, France and Poland gave no official explanation of why they aren't participating, but a senior Turkish official who asked not to be identified blamed political-military relations between Turkey and those three countries.

Two months before the coup attempt, in May 2016, Turkey conducted Ephesus 2016, which was described as the most sophisticated military exercise Turkey had staged, with complex operations and civilian-military integration.

Ephesus 2016 was designed to improve joint and combined combat operations, including amphibious, air assault and counterterrorism. Along with Turkey’s land, air, naval and gendarmerie forces, some 900 military staff participated from Turkey's major allies — including the United States, the United Kingdom, Azerbaijan, Qatar, Saudi Arabia, Pakistan, Poland and Germany. The exercise was observed by 255 delegates from 79 countries. In that exercise, the imaginary country of Arnold was seeking UN assistance against invasion by another country. The scenarios required a dynamic mission set to meet the challenges of a multi-domain battle that included cyberspace. The TSK passed these tests, which included a brigade-level beachhead seizure, counterterrorism operations, hostage rescue and humanitarian aid operations for refugees.

Comparing the sophistication of Ephesus 2018 with the 2016 event will help with evaluating the TSK’s pre- and post-July 2016 operational effectiveness at the conventional level.

The focal point of Ephesus 2016 was joint and combined operational planning and engaging sensitive targets.

But after the coup attempt, the government conducted mass purges of the TSK, discharging some 1,400 of 1,800 staff officers who are usually tasked with planning and headquarters duties. It will not be easy to emphasize complex operational planning in Ephesus 2018.

Instead, the emphasis is likely to be on coordinated air, sea and land maneuvers and, as a public relations effort, displays of Turkish-made military equipment and systems. Turkish defense industry companies are known to be planning a massive “Made in Turkey” show for the benefit of foreign observers.

It appears Turkey will use Ephesus 2018 to show that its military is still strong and well-equipped with weapons, particularly systems manufactured by local firms.

Naturally, Turkey will play up successes in Afghanistan, Somalia, Qatar and Balkan countries, as well as Operation Olive Branch.

Surely Turkey will try to say that its army is still very strong by making the maximum use of those still in the ranks after thousands were dismissed. The worst shortage of personnel will be with staff officers and pilots. Ankara will try to overcome the shortages by using a simpler operational plan instead of a detailed and complex one, and using relatively less participation of helicopters and airplanes. In 2016, many key personnel were transferred from different corners of Turkey to participate in the Ephesus exercise. It will not be any different this time.