The Turkish government is under fire for mismanaging the agricultural sector, whose decline has sent food prices soaring and forced the importation of basic items such as wheat, beans, meat and even straw. 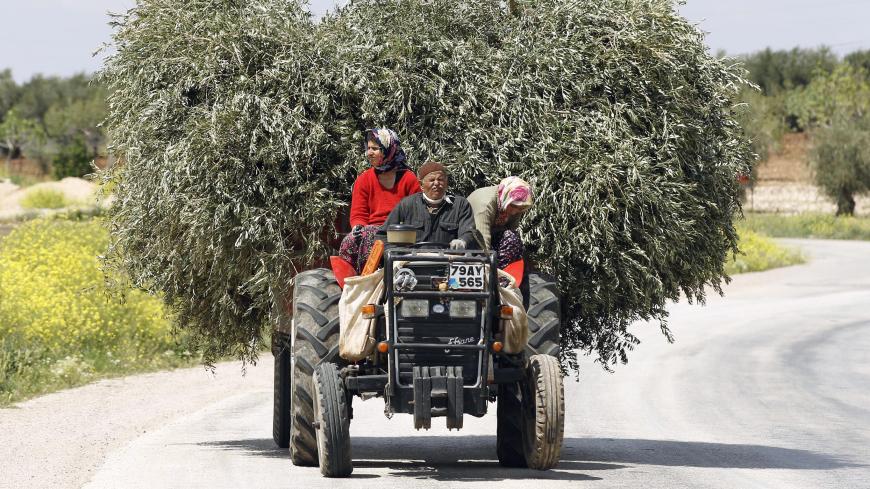 White bean stew is as popular as kebab dishes in Turkey and is often seen as the national dish of the commoner. But as one Twitter user notes, the national dish has come to rely on imported ingredients. According to the Twitter account, the recipe now includes “two cups of white beans imported from Kyrgyzstan, 300 grams of red meat imported from France, Bosnia or Brazil, two onions imported from Iran, a green pepper imported from Turkish Cyprus, a tablespoon of tomato paste imported from Ukraine, salt and water. Serve with pilaf made of rice from Russia,” the writer said, while others chime in with reminders to “not forget to saute the onion with olive oil imported from Tunisia” and serve the dish with “German Kuhne pickles.”

The exchange is a sarcastic take at an alarming decline in Turkish agriculture and husbandry, which has sent food prices soaring and forced the importation of many staple items.

Over the past several decades, Turkish governments have often opted for the easy way to rein in prices, that is, importation. The trend started with Turgut Ozal, who was Turkey’s prime minister in the 1980s and an ardent advocate of economic liberalism. Ozal brought tariffs down to zero on a number of agricultural products and even on steel and iron. Although such remedies helped curb prices in the short run, they took a toll on local production in the long term. The same mistake is being repeated today in a wide range of agricultural products.

In December 2017, amid prices for beans and other legumes, the government issued a decree zeroing down tariffs of up to 19.5% on white beans, chickpeas and cranberry beans, also known as Roman beans. The government has repeatedly used the importation weapon against rising meat prices as well. According to Food, Agriculture and Husbandry Minister Ahmet Esref Fakibaba, imports reduced meat prices by 25% as of March.

Critics, however, warn that imports can only temporarily rein in prices. Orhan Saribal, a deputy for the main opposition Republican People’s Party and member of parliament’s Agriculture and Rural Affairs Commission, has drawn up a comprehensive report on how the policies of the ruling Justice and Development Party (AKP) have blighted Turkish agriculture and husbandry over the years.

Saribal told Al-Monitor that there are intertwined problems that call for a comprehensive solution rather than fleeting relief through imports. “Since 2010, [Turkey] has imported 2.9 million bovine animals, 2.5 million sheep and goats, and 236,000 tons of red meat. The government is trying to bring market prices down through importation. Yet despite spending $5.7 billion on livestock and red meat imports, the prices have not fallen as much as expected,” he said. “The high demand from Turkey is driving prices up also in the countries from which we import. After some time, we will not be able to buy cheap meat from them either.”

Saribal said, “Fodder makes 65% of husbandry, and if you import fodder, you cannot keep husbandry on its feet. Turkey needs to return immediately to a policy that will invigorate pasture husbandry.”

With the dramatic depreciation of the Turkish lira, disciplining the market through imports has become even more difficult in the coming period. The rising price of the dollar has already increased the cost of imports by about 20%. The greenback traded for 4.47 Turkish liras May 18, up from 3.77 liras in late December.

Atop imported beans, meat and even straw, Turkey seems to be in need of “imported” shepherds as well. The press reported last week the story of a stockbreeder in the Black Sea province of Rize, who had to bring in a shepherd from Azerbaijan after he failed to find a local hire despite offering a salary above the minimum wage.

How did Turkey, known as one of the world’s leading agricultural producers, come to this point?

Saribal, who is an agricultural engineer by profession and closely monitors the problems of farmers, said in his report that the prices of agricultural products have increased threefold in the past 15 years, while the prices of inputs such as fodder, fertilizers and pesticides have shot up fivefold. The declining livelihood of farmers has sparked a flight from rural to urban areas, where many former villagers are now living in poverty, relying on welfare assistance from the government. According to the report, the share of the population employed in agriculture has fallen to 19% from 35% in 2002, even though the country’s overall population has increased by 14.4 million in the meantime. The size of agricultural land has shrunk to 23.4 million hectares (57.8 million acres) from 26.6 million hectares (65.7 million acres) in 2002, while the annual income of farmers has fallen below $2,000, less than a fifth of the gross domestic product (GDP) per capita. The number of producers registered in the official farmers’ database has decreased by 633,000 to 2,132,000 in the same period.

Saribal said that for the first time in its almost centurylong republican history, Turkey under the AKP has come to import straw and sacrificial animals for Eid al-Adha. Colloquially, straw in Turkey is often associated with worthlessness and even rubbish, but the country now pays some $60 per ton of straw from neighboring Bulgaria.

According to the report, Turkish agricultural exports totaled $193.4 billion in the past 15 years, while agricultural imports were worth $189.4 billion. The proximity between the two figures can hardly qualify Turkey as an agricultural country. Saribal said that under a 2006 law on agricultural development, the government is supposed to allocate at least 1% of GDP to supporting agriculture. Accordingly, agricultural support should have totaled 188 billion Turkish liras ($41 billion) in the 2007-2017 period, but in reality, it amounted to only 88 billion liras ($19 billion). In other words, the government owes 100 billion liras ($22 billion) to local producers.