A new bill that would allow the Knesset to re-legislate laws struck down by Israel’s supreme court jeopardizes the independence of the judicial branch. 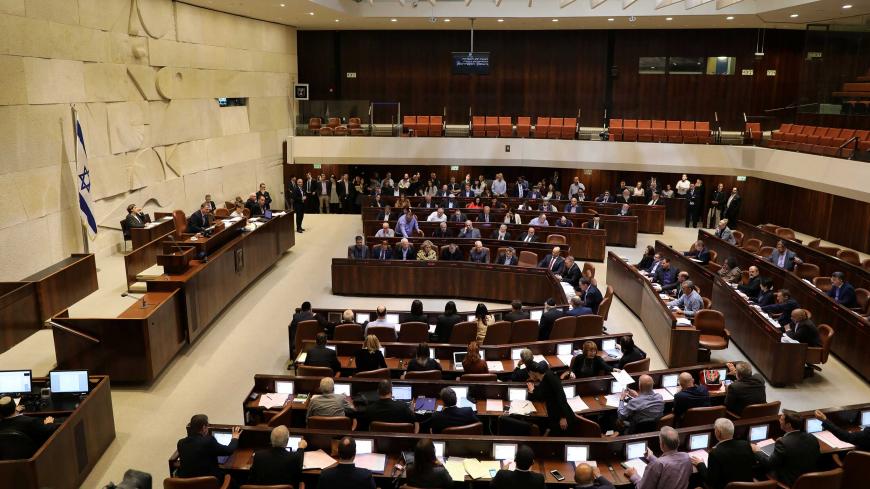 Israeli lawmakers attend a vote on a bill at the Knesset in Jerusalem, Feb. 6, 2017. - REUTERS/Ammar Awad

The Knesset Committee on Legislation in Israel decided May 6 unanimously to move forward the “override clause,” a first step before the bill is voted on by the Knesset plenum. If it becomes law, it would be the greatest assault on Israeli democracy in its 70 years of existence.

Ministers from all coalition parties rejected the request of Prime Minister Benjamin Netanyahu to postpone their vote to another date and passed the most severe version of the bill, according to which a decision of the High Court of Justice could be nullified by a vote of 61 out of 120 Knesset members. If the law is passed, there would no longer be any significance to a High Court decision that a certain law is unconstitutional because it disproportionally injures the rights of an individual. In fact, the Knesset would have the right to legislate injurious laws with the knowledge that the High Court does not have the power to annul them.

The override clause is an amendment to the 1992 Basic Law: Human Dignity and Liberty, supposedly allowing the Knesset to nullify High Court decisions. The significance of this power is the potential to gravely harm the rights of minorities in Israel — in other words, the Arabs. The law allows the Knesset — for the first time in Israeli history — to expel a current member with 90 votes. It targets and is employed against Arab parliamentarians, even though the language of the law does not mention Arabs at all.

The grave damage to democracy stems from the following: In Israel, great authority is given to the executive branch (the government). Since it is a parliamentary democracy, there is no government without a majority in the Knesset, and there is no Knesset where the coalition does not set its agenda and supervise its legislation. Most heads of Knesset committees belong to coalition parties, and thus the extent of parliamentary oversight on government activities is very limited. The independence of the judicial branch — alongside the free press — is what ensures the rights of minorities. Democracy in Israel and elsewhere is comprised of two sides: the rule of the majority and the rights of the minority. If the judicial branch is made subservient to a Knesset majority, which reflects the will of the government, democracy would lose the second component.

That Israeli democracy exists is a near miracle. Israel was not wise enough to cancel the draconian orders of the British mandate government in Palestine, which were intended to fight the underground groups that wished to banish it. Just after Israel was established, a state of emergency was declared on May 19, 1948, and this emergency state has not been removed since, even for one day. The Knesset passes, every year, the continuation of the state of emergency for another year or half a year, and it does so automatically, routinely, without anyone in the media asking any questions.

If the government of Israel wishes to use the very wide authority that the state of emergency grants it, and that the British mandate’s orders allow, it would mean the death of Israeli democracy. Today, the High Court can prevent such a move, if the court concludes that the action damages human rights or minority rights. If the Knesset is allowed to nullify such a ruling with a majority of its members, Israel could no longer call itself a democracy.

According to international indexes, the State of Israel belongs to the category of defective democracies, mostly because it still holds territories it occupied in 1967, and because in contravention of the Fourth Geneva Convention, it has transferred its own citizens to these territories and allowed them to settle there. But Israel could not even remain in this defective-democracy category if the law is passed.

In contradiction to the commitment outlined in its May 1948 Proclamation of Independence to legislate a constitution by Oct. 1, 1948, it has not done so until today. Israel has no declaration of human rights. Israel is also not subordinate to the European Court of Human Rights.

The Knesset is Israel’s single legislative chamber; it does not have a “second chamber” or Senate that could oversee laws passed in the house of representatives. The only element checking its legislation and preventing heavy-handed and damaging legislation is the judiciary. Sometimes proponents of the override clause present examples from other countries where the parliament is allowed to hold a type of dialogue with the judiciary regarding its decisions, but in all these examples, without exception, these are nations with another governing component, of one kind or another, that provides balance and prevents the arbitrariness of the legislature. Removing the Israeli judiciary's authority to nullify laws of the Knesset (something it does rarely) would leave Israeli citizens entirely exposed to decisions that could stem from momentary political needs and deprive them of their domain of freedom, without which democracy remains so only on paper.

The main argument put forward by proponents of the law is that the court damages “governance.” They claim that government ministers try to implement important policies for the good of the public, to build infrastructure, to shorten processes, to simplify bureaucracy, while the court defends bureaucracy, enables long and convoluted proceedings and does not allow decision-makers to realize their plans.

I admit that as someone who fulfilled many roles in the executive branch — as government secretary, as agency director, as deputy minister and minister — I did not like many court decisions, and I also wished for expedited proceedings in order to implement government policy. But I always knew that the decision was made for good reasons and out of a wish not to hurt the rights of anyone, whether in respect to the environment or the culture of one or another population group that the executive branch did not consider in its eagerness to act. The judiciary ensures governance and does not endanger it.

It has not been legislators who have upheld human rights in Israel, but legal decisions since 1948. But if the legislative branch moves — at the behest of the executive branch — to threaten these rights, there would not be a component of government to defend the public from this threat.