While established Iranian startups are likely to withstand the impact of US sanctions, the return of increasing tension between Tehran and Washington will nonetheless choke investment and business confidence. 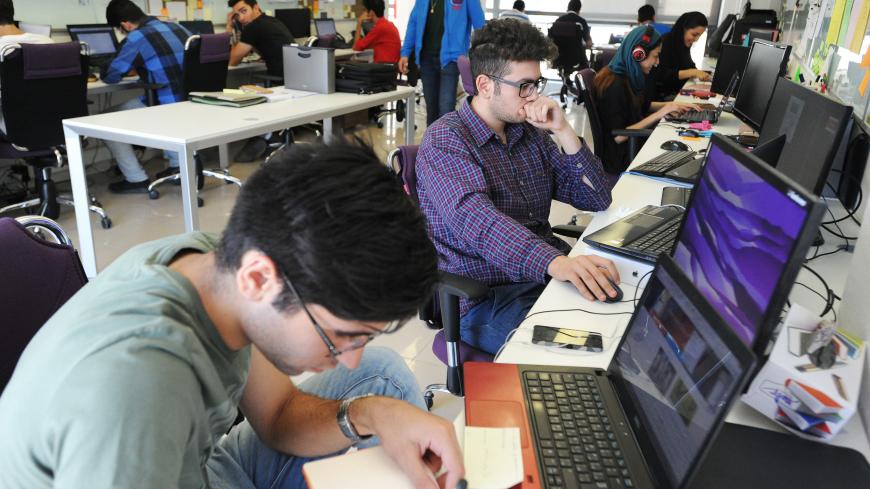 TEHRAN, Iran — On May 8, US President Donald Trump finally carried out his threat to pull out of the nuclear deal with Iran. Agreed on by Iran and six world powers back in 2015, the Joint Comprehensive Plan of Action (JCPOA) still has the support of its remaining signatories, namely the European Union, Britain, France, Germany, Russia and China. But in the eyes of Iranian businessmen and observers, the US withdrawal will nonetheless have a game-changing impact on the historic deal. Indeed, Trump’s move is expected to bring about devastating repercussions for the business environment in Iran.

Already, the overall level of investment appears set to fall in the coming months. The JCPOA had provided a level of investment security in Iran in the past couple of years. That will soon be affected, many experts in Iran believe. Immediately after Trump’s May 8 announcement, market players in Iran got nervous. A number of financial experts who attended an investment conference on May 9 in Tehran voiced deep worries about the consequences of the US withdrawal. Shanbemag, a leading startup weekly, reported May 12 that the majority of the conference speakers were worried about significant ramifications of the likely return of financial sanctions on the already deeply troubled Iranian banking system, and in turn other sectors of the economy. Yet some conference attendees were confident that big Iranian tech firms will be able to withstand the impact of US sanctions.

The day before Trump’s withdrawal from the JCPOA, Fars News Agency also argued that Iranian startups can survive under difficult economic conditions. This came after a drastic drop of the rial’s value on the open market. In this vein, a startup mentor in Tehran told Al-Monitor that the assumption that big service-based startups are not greatly impacted by currency fluctuations is correct — if they are “well-established.” Koorosh Khalilnejad, an angel investor, added that Iranian tech firms are less vulnerable to sanctions if they are already profitable, further noting that such startups, including ride-hailing companies, have “locally sourced technology” — a factor that is expected to make them resilient against external pressures.

Many startup mangers, however, disagree with the notion that their businesses will be safe from the negative impact of US sanctions. Soheil Shahidi, the manager of payment24.ir, a website that offers international payment solutions for Iranians, told Al-Monitor that the future of his business is now gloomier than ever. He noted that Trump’s move caused the rial to fall to a record low on May 9, putting “unbearable pressure” on his 80-employee startup. He predicted that the rial could continue losing value even further. Shahidi further agreed that only large service-based tech firms may endure a looming financial crisis, but he warned that hundreds of other startups will collapse, making unemployment worse.

The fact of the matter is that established service-based tech firms have few capital goods in their business models. As such, their balance sheets are less affected by currency volatility. In addition, all stages of the supply chain in such firms are implemented by locals, who are all paid in local currency. Yet smaller startups may face fundamental challenges, such as finding ways to pay the maintenance cost of their servers, which are mainly based in the United States and Europe. As for larger Iranian tech firms, they face the vulnerabilities associated with being backed by foreign investors who may withdraw amid rising political risks.

A businessman in the online game industry who spoke with Al-Monitor on the condition of anonymity said that at least two Chinese companies in this sector have already stopped their business in Iran due to the rising risks. Moreover, months ahead of the return of US sanctions, foreign investors are moving to repatriate their money. Telecommunications company MTN has reportedly started negotiating with the Central Bank of Iran to repatriate 300 million euros in legacy cash that is stuck in the country. The South African multinational company has made big investments in several Iranian startups and sent home about 893 million euros of its money in the past couple of years. In this vein, MTN Chief Financial Officer Ralph Mupita has previously stated worries that remaining funds in Iran may be locked if the company’s Iranian business is shut out from Western financial institutions.

MTN is not the only foreign investor that is deeply involved in Iran’s startup scene. Germany-based Rocket Internet and Netherlands-based International Internet Investment Cooperatief UA are two other major investors that have yet to announce their future investment strategies in Iran. Indeed, foreign companies that have invested in Iranian startups might be at risk if relations between Tehran and Washington get worse, even as Europe is struggling to keep the nuclear deal by helping European companies continue to invest in Iran. This is particularly the case, since as some observers have pointed out, European political will to uphold the JCPOA may not be sufficient to thwart US efforts to target the Iranian economy.

As such, even if Europe and Iran agree on a path forward for the nuclear deal, it can be safely assumed that US sanctions will add to the myriad restrictions the Iranian business community already faces. In this situation, the devaluation of the rial amid the upcoming US banking and financial sanctions in particular will likely cause both domestic and foreign investment to drop drastically. The outcome of this is clear: higher commodity prices and inflation, decreased startup activity and a rise in unemployment — unless Iran and the United States pull off the unlikely feat of directly engaging to forge an agreement that is mutually acceptable.