The Islamic State in Iran

The court proceedings against alleged Islamic State members and sympathizers who facilitated the attacks in Tehran last year offer a rare insight into how the terrorist group operates in Iran. 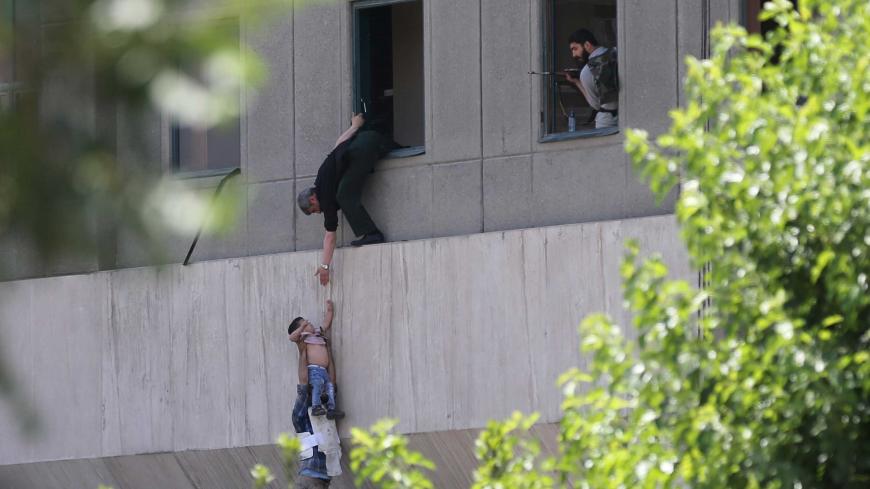 A boy is evacuated during an attack on the Iranian parliament in central Tehran, Iran, June 7, 2017. - Omid Vahabzadeh/TIMA via REUTERS

Mizan, the Iranian judiciary’s news agency, announced May 14 the execution sentences for eight alleged accomplices of the Islamic State (IS) militants who carried out deadly attacks in Tehran last summer, killing 18 and wounding at least 40 others. Another 18 defendants charged with less serious offences will reportedly be tried in the coming months. The June 7, 2017, attacks were carried out by five Iranian Kurds who targeted parliament in downtown Tehran and the mausoleum of Ayatollah Ruhollah Khomeini, the founder of the Islamic Republic, on the outskirts of the capital.

Those sentenced to execution are charged with an array of offenses, including providing logistical support to the attackers in the form of weapons, forged documents and explosives. All eight were found guilty of taking up arms against the Islamic Republic and sowing corruption on earth, which carry a death sentence under the Iranian Penal Code. The sentences can reportedly be appealed at the Supreme Court of Iran.

The transcripts of seven sessions of the hearings at Branch 15 of the Tehran Revolutionary Court offer a rare insight into the way IS uses local knowledge to maximize its efficiency and impact. More importantly, the court transcripts make clear the shortcomings that left Iranian security services unable to stop the attacks. These missteps include failure to properly heed clear warnings from IS and to confront the existence of a large number of IS sympathizers and members in the Kurdish areas in western Iran.

According to the testimonies of the eight men, four IS members — three Iranian Kurds and one Arab — originally set off from northern Iraq in late 2016 to enter Iran illegally. The main figure among the defendants was one of these four men. The quartet received training in small arms and explosives in Hawija, once a stronghold of IS southwest of Kirkuk, and crossed into Iran’s western Kermanshah province via Iraq’s Diyala province on March 22, 2017, with the help of the defendants.

In this vein, the Wilayat governorate of IS released March 26 a 36-minute video titled “The land of Persia, from yesterday to present," in which it threatened the Iranian political and religious establishment and called on Sunnis in Iran to rise up. The men in the video hailed from various Iranian ethnic backgrounds, with one feature in common: All were Sunnis. Five IS soldiers in military gear were seen shooting at five posters stuck to columns inside a building. The images were of Ayatollah Khomeini, Qasem Soleimani of the Islamic Revolutionary Guard Corps’ elite Quds Force, Supreme Leader Ayatollah Ali Khamenei, President Hassan Rouhani and another Iranian official. The men in the video used AK-47 assault rifles and pistols with silencers while appearing to wear suicide vests or belts, similar to those worn by the militants who targeted parliament and the Khomeini mausoleum three months later. But it is not clear if the three Iranian Kurds in the video appeared in the clip before crossing into Iran.

According to court testimonies, the four IS militants stayed in the border area between Iran and Iraq for a week, in a shepherd’s tent near the city of Sarpole Zahab. Then, over the next 2½ months, they traveled around Kermanshah province buying illegal arms, silencers, bags of fertilizers, AK-47s and old mortar shells to use the gunpowder inside to make suicide belts and vests. In this process, local members and sympathizers of IS assisted them to avoid the watchful eyes of the Iranian authorities. IS appears to have provided over $300,000 to grease the wheels of this and other operations inside Iran, court transcripts allege.

While some of the local IS sympathizers were already on the radar of the Iranian intelligence services, it seems that the authorities missed signs that were in plain sight.

Indeed, IS and Jabhat al-Nusra, now rebranded as Jabhat Fatah al-Sham, have been highly active in the Sunni Kurdish areas in western Iran, and Kermanshah province in particular, where all of the June 7, 2017, attackers and their co-conspirators hailed from, and which had turned into a nest of jihadi sympathizers. One defendant, identified only by the initial C, said in the transcripts that in 2013 he became friends with one of the attackers, who promoted IS ideology in the town of Paveh in Kermanshah province. “I became so attached that I thought to myself that I might go [and join them],” he told Judge Abolqasem Salavati, the head of Branch 15 of the Tehran Revolutionary Court. When Salavati asked the defendant whether he knew about the Tehran attacks beforehand, he replied that the head of the IS group that perpetrated them, Saryas Sadeqi, “was openly telling everyone” about the operation.

Both the prosecutor and the judge state clearly in relation to another defendant known by the initials A.A. that he was actively recruiting young men to go to Iraq to fight alongside IS as far back as 2015. Another defendant, identified by the initial M, was a well-known IS recruiter in Kermanshah province, and according to the prosecutor played IS anthems instead of music at his wedding. “In one of the cities in the west of the country, you had an influential role in attracting individuals to Daesh [IS] and the people of that city know that you joined Daesh [IS] … didn’t you play the takfiri [jihadi] anthems at your wedding?” Salavati asked the defendant, to which he replied, “We sang religious songs.” Then, Salavati queried why the defendant did not inform the authorities when two of his friends left and joined IS earlier, to which the defendant responded, “I heard they went to Iraq and joined Daesh [IS] … everyone [in the town] knew about that.”

Finally, another defendant, who before the arrival of the four IS members had made a living out of collecting old shells and mortars left from the 1980-88 Iran-Iraq War in the border area, provided the group with dozens of such armaments. The IS militants used the gunpowder inside these shells to make explosive belts and vests that they used in the attacks in Tehran three months later.

The main figure out of the eight sentenced to death had been with IS for over two years when he returned to Iran with three other IS members through Diyala province in March 2017. The Iranian authorities believe that he did not take part in the Tehran attacks because he was planning further strikes. The other three members of the quartet were killed in the Tehran attacks, alongside two more recruits from inside Iran.

The attacks in Tehran were one of the deadliest Iran has suffered in recent years. Many are still wondering how five IS members could penetrate the heart of the capital and cause such mayhem. Indeed, if anything, the court transcripts show that the Iranian authorities neglected a genuine and growing threat inside the country as IS exploited Sunni grievances to spread its ideology. As seen in the resurgence of IS in Iraq, the group’s ideology is here to stay for the foreseeable future. 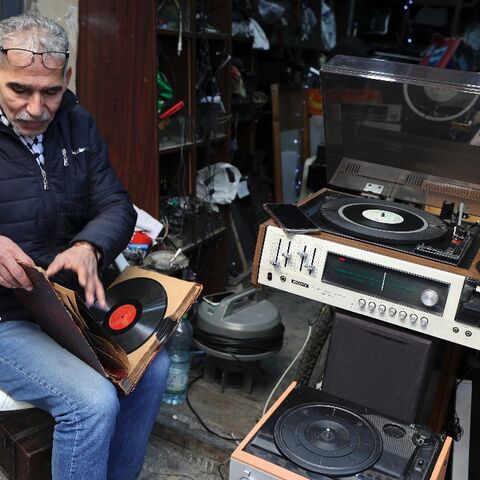