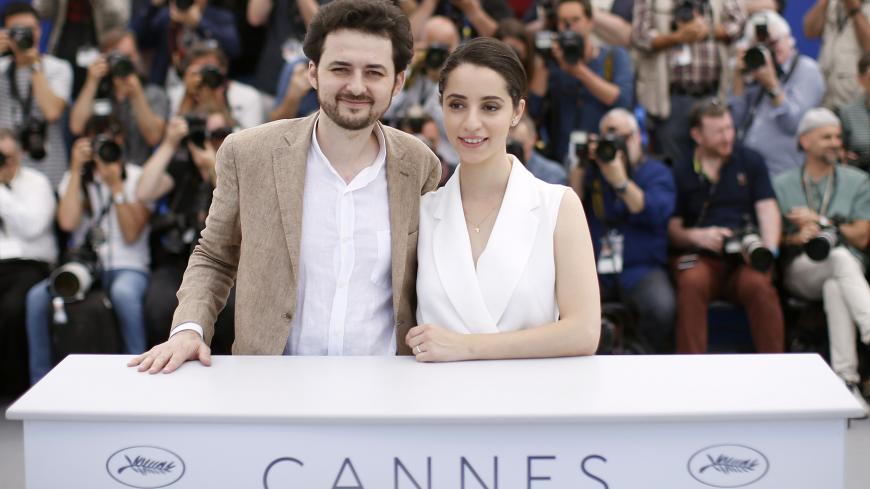 CAIRO — "Yomeddine" (“Judgment Day”), an Egyptian tragicomedy about discrimination and friendship, left the 71st Cannes International Festival with the Francois Chalais Prize May 18, marking an unexpected success for a debut film with a small budget and no stars. The award is the first for an Egyptian film in the international festival in nearly two decades.

"Yomeddine," by young director AB Shawky, was also nominated for a Palme d’Or award, but lost to “Shoplifters” by Japanese director Hirokazu Kore-eda.

Many Egyptian films have been nominated for the Palme d’Or, including 2012's “After the Battle,” a drama on the Arab Spring by director Yousry Nasrallah. It lost to “Amour,” Michael Haneke’s moving story of love and death. In 2016, Mohamed Diab's thriller “Clash” was the only Egyptian film to be screened as part of the “Un Certain Regard” division. No Egyptian films were featured in Cannes in 2017.

“Yomeddine,” a compelling tale of cruelty and kindness, tells the story of Bashay, who grew up in a leper colony. Though he has recovered, he has major scars on his face, hands and feet. After the death of his wife, who suffered from leprosy as well, Bashay decides to set on a journey across Egypt with his Nubian friend Obama. His aim is to unite with his family in the Qena governorate who had abandoned him because of his illness.

Bashay’s journey offers insights into Egypt’s outlook toward marginalized people — both Bashay and his dark-skinned friend. It is the first feature film for Shawky, who said the plot was based on his short documentary about the Abu Zaabal leper colony made 10 years ago. “Colony” showed the suffering of the lepers, the majority of whom, like Bashay, scavenge for sellable items in the dump for a living.

Bashay is played by Rady Gamal, who himself had leprosy and is not a professional actor. Ahmed Abdelhafiz, who portrays Obama, is another newcomer. The movie also features Mohammed Abel Azim, who was in “Clash”; Osama Abdallah from “Wedding Song,” a TV series based on Naguib Mahfouz’ novel of the same name; Shahira Fahmi from the “Farthest Neighbor” TV series; and Shahab Ibrahim, one of Egypt's most famous dwarf actors, who occupies an important space in Egyptian cinema and is a popular voice actor for animated feature films.

Mohamed Hefzy, an independent Egyptian film producer, told Al-Monitor that the amateur spirit was precisely what made the film a success. Hefzy joined the crew of “Yomeddine” as an associate producer after he saw a first cut. He funded the production of a second version, the editing and the distribution of the movie.

The production "didn't require big funds," he said. "It was a unique experience, starting with the newcomer actors, the filmmaker and the Argentinian cinematographer Federico Cesca.” He added that he believes professional producers should embrace amateurs and efforts like “Yomeddine.”

Egyptian critic and professor at the Higher Institute of Cinema Tareq al-Shennawi, who saw the film during a special screening at the Egyptian Film Critics Association May 13, told Al-Monitor, “The film was a great success because it is a unique experience as the acting was not contrived rather very spontaneous and natural.”

Shennawi believes that Shawky made great casting choices. “He chose a nonprofessional, Rady Gamal, who actually suffered from leprosy to play the lead character. Gamal had experienced firsthand the suffering of the people in the colony and was, with the help of Shawky, able to accurately convey the message to the viewers.”