US taxpayers fork over millions of dollars every year for Israel’s Iron Dome missile defense system. As worldwide threats grow, Congress wants deployed US troops to reap the benefits. 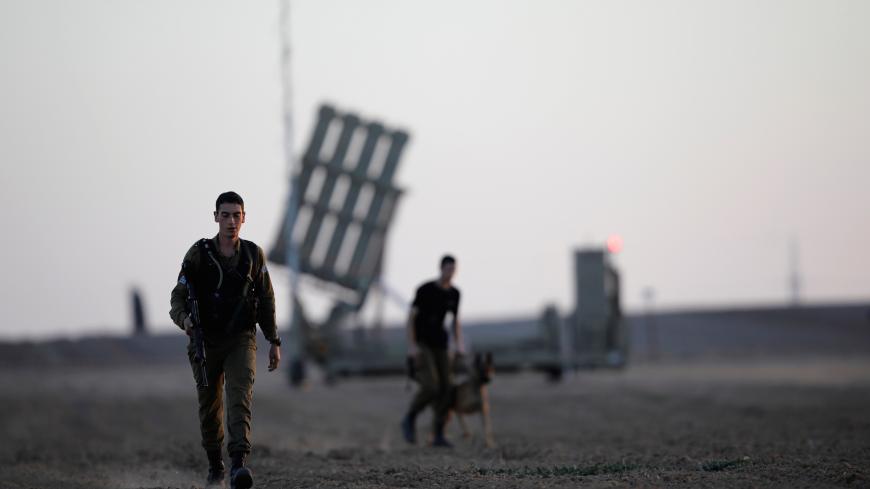 The House Armed Services Committee voted 60-1 Wednesday to advance an annual defense bill that authorizes $30 million for the US Army to acquire Iron Dome hardware and test its interoperability with existing US missile defense systems for the first time. Congress has allocated $92 million in funding for Israel’s Iron Dome system this year, up from $62 million in 2017.

“US tax dollars have funded and really helped build these systems that are very effective in Israel and show an effectiveness,” Riki Ellison, the chairman of the nonprofit Missile Defense Advocacy Alliance, told Al-Monitor. “Reaping some of those benefits of those systems into our systems seems to be a logical thing.”

The bill comes as the US Army is concerned that deficiencies in its short-range air defense capabilities could hinder military operations in Europe, particularly as tensions with Russia continue to mount. Iron Dome, which was first developed to defend against Palestinian rocket attacks, can defend an area of nearly 60 square miles.

“Immersion of the system now is needed because there’s a gap of air defense for our army,” said Ellison. “Iron Dome is a developed system that can supplement the gap we have to fill right now, especially in Europe and to some extent possibly the Pacific.”

The United States first tested the Iron Dome on US soil in 2016 and again in 2017. The Pentagon also has some experience trying to integrate Iron Dome with US systems, using it in coordination with the US-made Patriot missile battery in a February exercise inside Israel.

Israel has said that should the United States select the system to fill its short-range air defense gap, Raytheon would become the primary contractor, with the Israeli defense firm Rafael serving as a subcontractor. Israel has deployed two Iron Dome battalions with 10 batteries.

“This cooperation improves Israel’s ability to defend its citizens and the US Army’s recent tests of Iron Dome [are] a clear indication that our own forces can benefit from this battle-proven technology,” Rep. Peter Roskam, R-Ill., said earlier this year.

Roskam previously teamed up with Rep. Grace Meng, D-N.Y., in March on a letter asking the House panel overseeing defense appropriations to study an Army acquisition of the Iron Dome.

“We also envision the possibility of utilizing US-Israeli missile defense systems beyond the Middle East,” they wrote. “Today, our forces face challenges from an emboldened, aggressive and increasingly militarized Russia, North Korea and other adversaries heightening our immediate need for advanced missile defense systems to protect our forward-based forces and key fixed installations.”

In their letter, Roskam and Engel pointed out that the US Army has “full data rights and a coproduction agreement.”

“Adoption by the Army of Iron Dome," they wrote, “could provide an important near-term capability to US forces as well as a surge production capacity if we or Israel required the system in a time of crisis.”

However, Elilison noted that it could take up to two years of testing to make the system compatible with the existing US air and missile defense architecture. And it remains to be seen whether the Iron Dome is capable of taking out cruise missiles.

The bill requires the Army’s director for the air and missile defense cross-functional team to brief Congress “on the Army’s plans for this experiment and demonstration” by April 2019.