Turkish audiences watch TV series more regularly than they watch the news — and the habit seems to be making Turkey's divide worse. 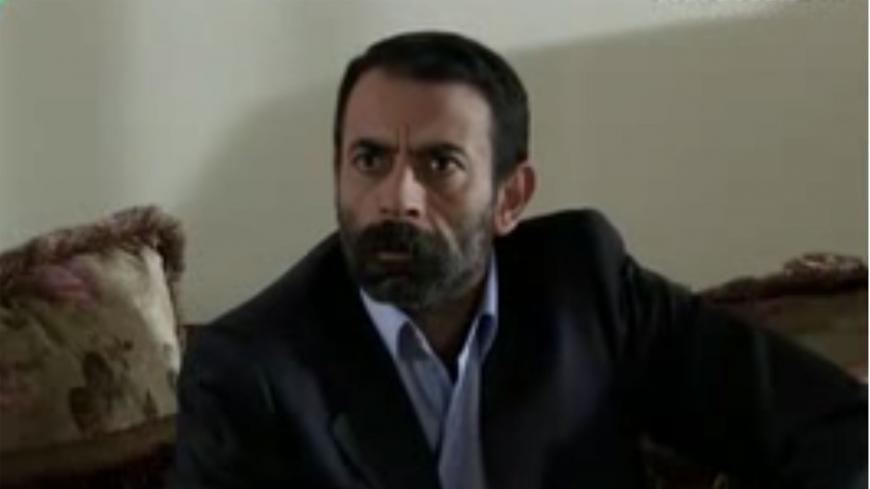 A still from the Turkish TV series "Valley of Wolves." - YouTube/hhhhatay

The scene is set in a dark room where two men argue. “The Chief” gives a tongue-lashing to the other: “Who are you to distribute all this money? Whose money is it anyway?” The other replies, “We are distributing our association’s funds to our suffering people.” The debate goes on, with words such as “leadership,” “revolution” and “bourgeoisie” repeated often. The jargon is clearly that of the Kurdistan Workers Party (PKK), and the “party leadership” is a reference to Abdullah Ocalan, its imprisoned leader.

The series in question, as most Turkish TV watchers would know, is “Valley of Wolves,” a very successful enterprise on both TV and cinema for most of the last 15 years. “Valley of Wolves,” produced by Turkey's Pana Film, has had several iterations on TV and four movies. Only the last one flopped last year. In most of the episodes, Kurds are portrayed as villains involved either in terrorism or trafficking. One of the characters in “Valley of Wolves: The Trap” is Muro, a poorly dressed PKK commander who spouts mindless propaganda in oddly accented Turkish and speaks dramatically of the suffering of “his people.” Muro, played by actor Mustafa Ustundag, is also involved in illegal trade.

There is also Zaza Dede, an elderly man whose name, Zaza, is derived from one of the dialects of the Kurdish language. He heads a major crime ring that commits burglary, extortion and even kidnapping. His accent is as bad as Muro’s and he is the sworn enemy of the series’ hero, Polat Alemdar, played by actor Necati Sasmaz, a die-hard supporter of President Recep Tayyip Erdogan in real life.

When the series started in 2003, it largely focused on the illegal activities of different groups within Turkey. Mainly due to its fast-paced action and charismatic lead, the series is popular and its actors trendsetters. The rugged, patriotic hero of the series and the actor who plays him have both become style icons, with Polat’s signature costume of dark glasses, button-down white shirts and pointed shoes. When the series came to an end, Turks expressed serious disappointment, leading the producers to create one sequel after another. Not all were glowing success stories: One of the seasons, called "Valley of Wolves: Terror," which focused on PKK terrorism and mafia-PKK links, was stopped after two episodes for overt incitement to hatred. The last one, “Valley of Wolves: Homeland,” was a box-office flop.

"Valley of Wolves" is far from the only series that paints Kurds as villains or a primitive and superstitious group. Samanyolu TV, a channel accused of having ties to Fethullah Gulen, the US-based cleric and the arch enemy of Turkish President Recep Tayyip Erdogan, produced a series called “One Turkey,” allegedly personally approved by Gulen. The series, about a village doctor who fights archaic customs in a Kurdish village in the southeast, portrayed the Kurds as backward, uncivilized and cruel. The state-run TRT1's "Sakarya Firat" portrays the fight against the PKK at a gendarmerie station.

Media analysts observe that TV series that show all Kurds in a negative light have contributed significantly to creating a negative perception among the public. Sevilay Celenk, a former lecturer in the Ankara University Communication Faculty, spoke to Al-Monitor on the topic. “When we talk about the role of the media, we are not simply referring to the news,” she said. “Part of people’s perception comes from the TV series, movies and the entertainment programs. These have never talked of the [Turkish-Kurdish peace process]. On the other hand, the series often focused on the Kurdish conflict, using nationalist and military language."

Celenk pointed out that the influence of TV is enormous, as it was still a major source of entertainment in the country. According to a 2014 survey by international business group Deloitte, the number of Turks who say that they watch TV series regularly is 76%, 6% more than those who say they watch the news regularly.

“It is certainly hard to expect a society to move toward peace when high-rating series paint the Kurds as devious figures or terrorists,” she said. “Had they been cast in different roles, underlining unity, highlighting similarities or showing common suffering of the people in the region, the public could have had a very different reaction when the Kurdish peace process came to an end.”

For journalist Tugrul Eryilmaz, finding enemies in minorities is nothing new for Yesilcam, Turkey’s Hollywood. “In the past, it used to be the Armenians and Greeks who have been the villains,” he was quoted by Kurtler.com as saying in an in-depth article on the portrayal of Kurds in media. “The media simply fans prejudices” to boost ratings, he said.

The trend for the last few years has been series that glorify nationalism and Turkey’s imperial roots. Series with high ratings include “Resurrection: Ertugrul” about foundations of the Ottoman Empire, “Payitaht Abdulhamid” on the reign of the Ottoman Sultan Abdulhamid, and “Mehmetcik,” all about the “sacrifices” of the Turkish soldiers during World War I. Erdogan has suggested watching "Payitaht Abdulhamid" to those who want to learn Turkish history.

“The present series casts a glorified look at Turkish history. This type of series plays on national pride and reinforces nationalistic values,” Celenk said, adding that the series has glorified the military and military conquest, with an emphasis on “Turkishness.”

Can’t Kurds create their own series to express their perspective? "It is not an easy task to make a series of films in which Kurds talk about themselves and the Kurdish issue as their own story and deliver it to audiences, although it is not impossible," said Celenk. But “it would require a huge budget, a network to distribute and broadcast them.” Who would or could produce it in Turkey?