A woman from Tulsa, Oklahoma, has emerged as an unlikely mover and shaker in Iranian women’s soccer. 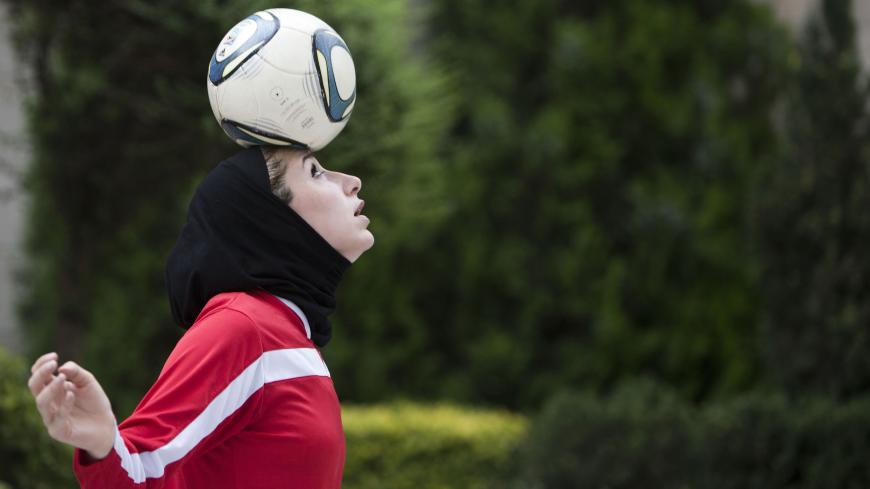 Teenage Iranian girls, in conservative soccer uniforms, screamed for joy and chanted, “Iran! Iran!” The video of the country’s under-19 national team was posted in an Instagram story March 21 by Iranian-American coach Katayoun “Kat” Khosrowyar, after Iran beat Romania 2-1 at the 2018 Kuban Spring Tournament.

Born in Tulsa, Oklahoma, Kat first visited Iran during the summer of 2005, right before her senior year of high school. At the time, Kat was being scouted to play soccer at the collegiate level. But three days before her flight back to the United States, the head coach of post-revolutionary Iran’s first women’s national team discovered Kat while she trained at a local gym. This marked the beginning of her journey.

“With all the negative media regarding Iran, I wanted to do something historic to help build a bridge between my two countries via football,” Kat told Al-Monitor. “My coach back in America was supportive of my move and told me there would be good things coming my way.”

That very summer, Iran founded a women’s national team with its own take on the soccer uniform to adhere with Islamic law: long-sleeved jerseys, pants and a white hijab, or headscarf. In the years following, the team trained and played numerous matches, aiming to become Asia’s best. Then in 2011, minutes before a match against Jordan, a female FIFA official walked into the locker room and instructed the team to withdraw from the London 2012 Olympic qualifiers because of a uniform restriction. Suddenly, the hijab the players donned for years was considered a violation because FIFA deemed it a choking hazard. Three Jordanian players were also forced to drop out for the same reason. The ruling devastated the players.

“In my opinion, the world wasn’t ready to see an entire team wearing hijab and playing football, especially when former FIFA President Sepp Blatter mentioned that ‘if women’s football wants more sponsors and support, they should wear shorter shorts and tighter shirts,’” Kat told Al-Monitor. “As a woman who played with and without the hijab, I didn’t really care as long as I could play.”

In 2010, Kat was nominated by the Asian Football Confederation (AFC) to participate in Project Future, a coaching program for soccer players under 30. Kat went on to earn a FIFA/AFC ‘A’ license in 2014, the first Iranian woman to do so. “It’s a beautiful football story in itself that a dual Iranian-American that grew up in Tulsa has taken a stance to empower women through football in Iran,” Pasha Hajian, the founder of the Gol Bezan (Score!) podcast, told Al-Monitor. “She’s creating a pathway to shape the national landscape of our football. Hollywood would be interested in doing a movie on her perhaps!”

Now a coach for the U-19 division, Kat does her own recruiting. “I don’t like to leave anyone behind, so I’m always travelling in Iran — even to provincial towns and villages to find players.” Many of the girls Kat picks have grown up playing soccer in the streets and parks with their brothers and cousins. She watches the young women play futsal, an indoor version of soccer with a smaller court and five players on each team. If the players are good, Kat then approaches them to talk about joining her team.

Kat claimed that fathers are 100% supportive of their daughters' playing because it’s a great social aspect to show off to their communities. Oftentimes, this has a snowball effect with other parents calling the Iranian Football Federation to ask how their daughters can get involved. Most players balance training with studying. Schools accommodate the girls when it comes to tests and final exams. Kat said she only had one experience where a player was pulled out of playing: “She wasn’t studying while in camp and fell behind and almost failed. Her parents took her out of football to get her grades back up. If she improved, her parents would allow her to come back and join.” Six months later the player returned.

Despite their support, fathers are barred from watching their daughters play. Men are only permitted to watch the games on state television. While not banned under Iranian laws and regulations, women have since the 1979 Islamic Revolution also been barred from attending men’s soccer matches. This has partly been because officials say women shouldn’t hear male fans swear. For years, Iranian women have fought for the right to enter stadiums to watch men play sports. They have even gone as far as dressing like men. Over the years, women have also staged protests outside stadiums demanding their right to enter. The most recent protest took place March 1 during a match between Tehran’s Esteghlal and Persepolis teams, while FIFA President Gianni Infantino was in attendance along with Minister of Youth and Sports Masoud Soltanifar. Authorities detained 35 women protesters who were released afterward. During the same visit, President Hassan Rouhani promised Infantino that there were plans to allow women to attend soccer matches. Rouhani has criticized the ban on numerous occasions, but he has continually met with resistance from hard-liners.

Kat is optimistic about it happening in the near future, though. “Officials are aggravated with the misbehavior of the all-male spectators so much that they are looking for solutions to help make it a more fun and safe environment,” Kat said. “So much is revolving around this issue and it’s about time for it to be lifted for women to come and change the atmosphere in the stadiums.”

With more Iranian women hoping to attend soccer matches at stadiums, perhaps more women will also be inspired to play the sport as well. 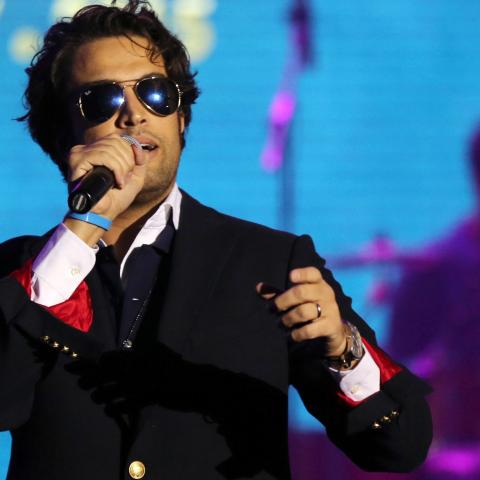 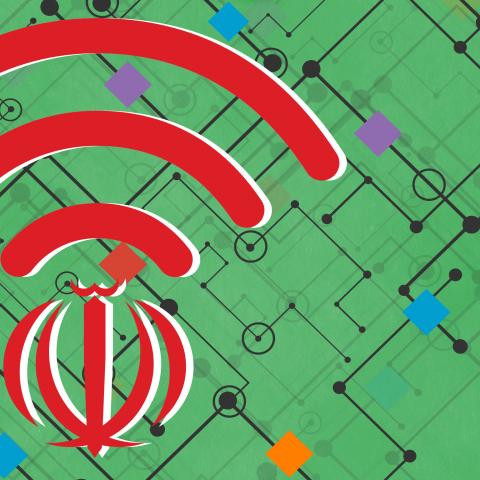