Is Iran ready to block Telegram?

The popular messaging app Telegram may soon be replaced by Soroush, a domestic messaging service. 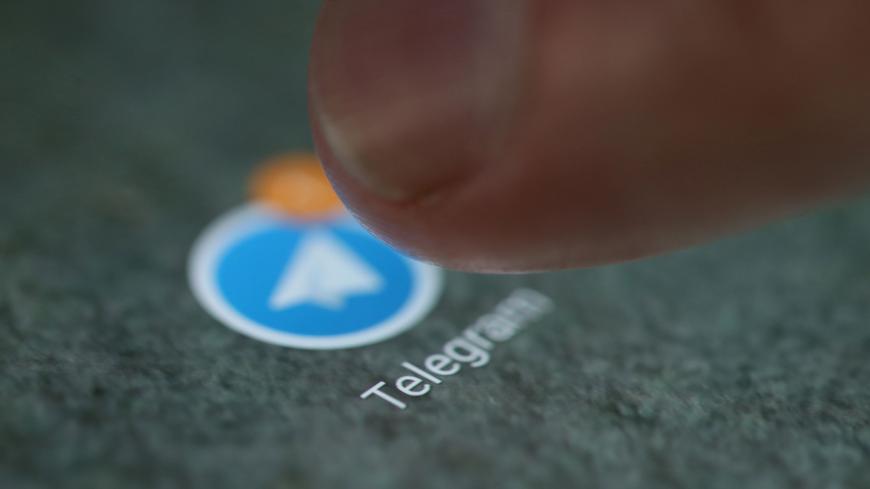 The Telegram app logo is seen on a smartphone in this photo illustration taken Sept. 15, 2017. - REUTERS/Dado Ruvic/Illustration

Influential Iranian parliamentarian Alaeddin Boroujerdi created a stir in Iranian media when he said that by April 20, the popular messaging service Telegram, with tens of millions of users in Iran, would be blocked. “This was a decision made at the highest levels, and Telegram will be replaced by a domestic app,” said Boroujerdi, the head of the parliament’s powerful National Security and Foreign Policy Commission.

Addressing the use of Telegram during popular protests in January, Boroujerdi said that the decision had been made because of Telegram's “destructive role” and Iran’s ability to offer Soroush as a replacement service. Telegram currently has 40 million users in Iran, while Soroush has 3 million. Telegram is widely used for businesses transactions.

After Boroujerdi's statement, which he made March 31 during a local radio program in the city of Borujerd, members of parliament opposed to the move began to push back. Bahram Parsaei, the spokesman for the Reformist Hope faction, called Boroujerdi’s comments part of an effort to “create the groundwork” for limiting use of foreign messaging services in favor of domestic ones.

Parsaei said that on March 18, the last working day of the Iranian calendar year, members of parliament had convened for a closed-door session, chaired by Speaker Ali Larijani, to address such topics as “cyberspace and domestic messaging services.” Regarding those pushing for the use of domestic services, Parsaei said, “[They] tried to satisfy the members of parliament for such an action, but their arguments were not satisfying.” He added, “I did not see approval of this issue among the majority of members.”

Jalili Rahimi Jahanabadi, the head of a parliamentary judicial commission, denied that closing Telegram had been discussed at the parliamentary session and that a date had been set for its closing. In a statement to the Iranian Students’ News Agency, he defended “the right of communication for the people.” Jahanabadi conceded that there is certain “damage” from the internet and nondomestic communication services, but also said, “You cannot ignore the inalienable right of people for communication because of these concerns.”

After the media firestorm over the threat of closing a messaging service that would affect tens of millions of Iranians and have a considerable economic impact, Boroujerdi gave a follow-up interview on April 1 describing the “threats” posed by Telegram. He argued, “When England, as an example of a Western country, whose prime minister [Theresa May] says that Telegram is the [home] of terrorists, and countries like China and Pakistan block Telegram, it shows that this is an important reality, that Telegram was designed in a way with behind-the-scenes complexities, that it is essentially a security threat to the Islamic Republic.”

Boroujerdi claimed that Telegram founder Pavel Durov and Israeli Prime Minister Benjamin Netanyahu are personally close and that Netanyahu has thanked Durov for working with Israeli security and military organizations. Boroujerdi's assertions appear to be dubious. Regardless, Boroujerdi insists that Telegram is a “security and national interest” issue and the only way to combat it is through the introduction and widespread use of a domestic messaging service and the blocking of Telegram.