An Erdogan victory is looking less inevitable with a move by the Republican People's Party that will allow the right-wing Good Party to contest elections in June and perhaps draw former President Abdullah Gul into the running to once again lead Turkey. 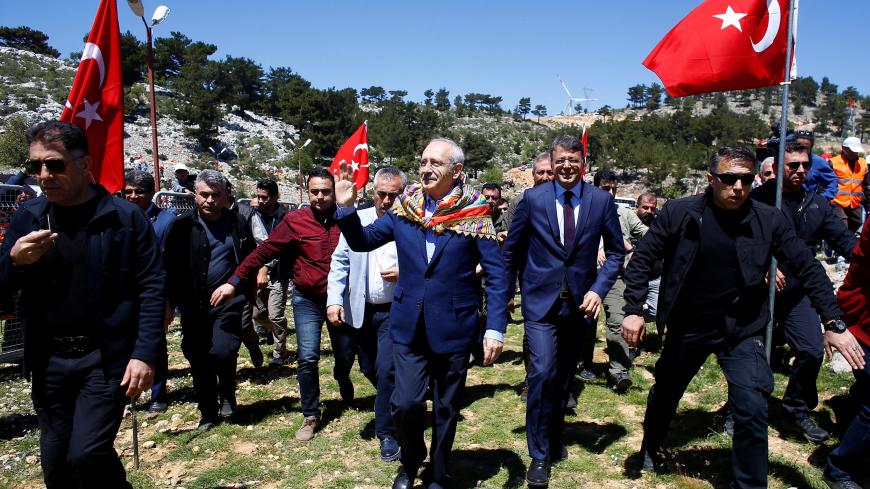 Electoral politics in Turkey — steadily fading with President Recep Tayyip Erdogan’s determined march toward one-man rule — has charged back with a vengeance. In the past few days, the country’s secular, main opposition Republican People’s Party (CHP) delighted Erodgan critics when it “loaned” 15 of its lawmakers to the fellow oppositionist Good Party in a gambit aimed at ensuring the latter’s participation in the June 24 snap election.

“[CHP leader] Kemal Kilicdaroglu is beyond all praise,” marveled Good leader Meral Aksener in a statement. “This is a democratic approach of historic proportions.”

Even the CHP’s Islamist detractors joined in the applause. “With this move the CHP succeeded in throwing off the political inertia to which it had been condemned for so long and secured the upper hand,” wrote Mustafa Karaalioglu, a former Erdogan supporter and columnist, in the conservative daily Karar.

The CHP’s maneuver has given renewed hope to millions of Turks long resigned to an Erdogan victory as being inevitable. It also appears to have rattled Erdogan and his lieutenants. In a sign of displeasure, Erdogan and Prime Minister Binali Yildirim walked out of a parliamentary session convened on the occasion of National Children’s Day when Good Party lawmaker Nuri Okutan took the floor. Aksener riposted in a tweet, “Just wait, on June 24, the people will walk away from you.”

Pressed to comment on Erdogan’s walking out, Kilicdaroglu told reporters, “It's an insult to democracy. The inability to digest [our] success is a sign of defeat.”

One of the reasons behind Erdogan’s surprise decision to bring presidential and parliamentary elections forward from the originally scheduled date of Nov. 3, 2019, was to exclude the newly formed right-wing Good Party by denying it time to fulfill all the conditions needed to qualify. Thanks to the CHP’s gesture, the party now has 20 lawmakers, enough to form a parliamentary group and push Turkey’s Supreme Electoral Board (YSK) into formally declaring the party’s eligibility to run.

Meral Aksener, a former interior minister who broke away from Erdogan’s informal coalition partner, the far-right Nationalist Action Party (MHP), to form the Good Party last year, is perceived as enough of a threat that the government and the MHP have been erecting hurdles along her path.

If anything, the snap polls have galvanized the opposition into a frenzy of deal-making aimed at preventing Erdogan from winning the more than 50% of the vote needed to bag a vastly empowered presidency in the first round of balloting. A CHP operative who spoke to Al-Monitor on the condition of anonymity said that the CHP and the small pro-Islamic Felicity, which is poised to siphon votes away from Erdogan’s ruling Justice and Development Party (AKP), were working to persuade Aksener to pull out of the presidential race and to back a candidate to be jointly endorsed by all three parties.

That candidate is rumored to be Abdullah Gul, AKP co-founder and former president. Gul can only be coaxed into the ring if assured of a reasonable stab at victory against Erdogan. A reformist widely respected in international circles, Gul is viewed as the candidate most able to draw conservative, pious voters away from the AKP as well as attract Kurds, who constitute approximately 18% of the electorate.

The CHP source said Aksener is being offered the position of vice president as a consolation prize but is resisting. Although the rules under the new executive presidential system narrowly approved in April last year by referendum remain fuzzy, there will likely be more than one vice president. Thus Kilicdaroglu and a Kurd, if the largest pro-Kurdish bloc is co-opted, would be allotted seats as well.

What Gul will decide remains unclear. With 82 days to go before the elections, however, he needs to show his hand and fast. The Kemalists and Alevis recoil at the thought of voting for Gul because of his Islamist past, but if Gul were to obtain sufficient CHP backing and around half of the 15-20% of undecided voters, he would have a fair shot at defeating Erdogan. That is, unless the government resorts to massive fraud at the ballot box. Critics believe that given the shenanigans in the April 2017 referendum, this is a distinct possibility.

With Erdogan being tainted by allegations of massive corruption, and having accumulated so many enemies over 15-plus years in power, his electoral gamble is a fight for survival. Erdogan has survived coups real and planned, political bans and a stint in prison, proving time and again that he is one of the most adept fighters in Turkey's modern history. Few understand that as well as Gul, his political ally for more than two decades.