Listing 23 Egyptian state-owned companies on the stock exchange is among several steps that the recently announced state budget will rely on to achieve a 5.8% growth rate in the next fiscal year. 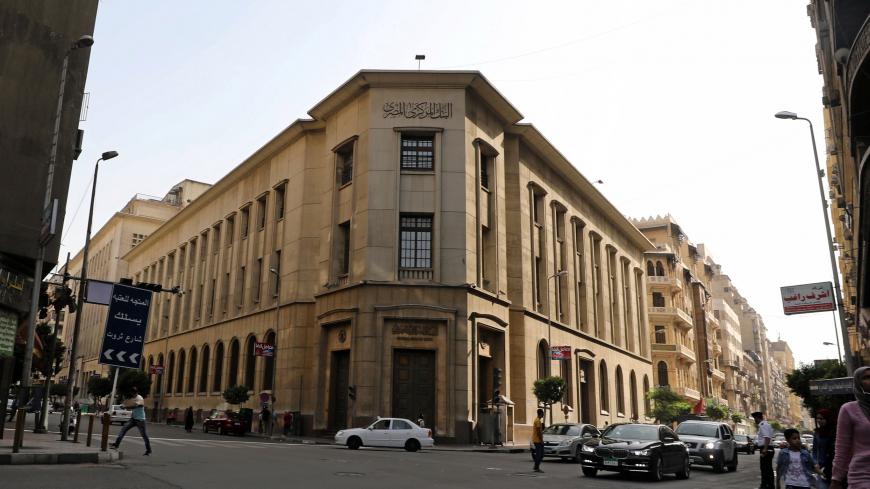 The Egyptian government referred the public budget bill — at 1.412 trillion Egyptian pounds ($80 billion) — to parliament March 29, according to a press statement. In the bill, the government commits to increasing investment allocations to $8.4 billion in a bid to improve infrastructure and basic services. In addition, the budget calls for maintaining subsidies and social protection programs valued at $18.4 billion.

Despite the Egyptian economy’s positive steps toward recovery since the government implemented its economic reform program in 2014, three main challenges remain: the increasing internal and external public debt, which stands at 105.9% of GDP; the increasing budget deficit, which equals 10% of GDP; and the failure to reach the 5.3% growth rate set in the 2017-18 budget, when population growth was estimated at 2.5% of GDP.

"The government is making an effort to impose fiscal controls so as to reduce public debt, get rid of the interest resulting therefrom, achieve a primary surplus and reduce the budget deficit," Mohammed Muit, the deputy minister of finance for public treasury affairs, told Al-Monitor.

“In the current fiscal year, we have managed to reduce the budget deficit to 9.5%, and we are seeking to reduce it to 8.4% in next year's budget. We also achieved a primary surplus of 2% for the first time in more than 10 years,” he added. “We are implementing a mechanism aimed at increasing revenues at a rate that exceeds that of expenditure."

Changes in the tax system and additions such as the value-added tax and the income tax have yielded an extra 99 billion pounds ($5.6 billion). The government expects total taxes to bring about 780 billion pounds ($44.2 billion) in revenues to the state treasury.

“Once parliament approves the new budget, the government will be working to implement social protection measures during the new fiscal year,” Muit said.

A World Bank report issued in January 2017 revealed the Egyptian government's pledge to phase out fuel subsidies and gradually raise fuel prices. These subsidies came into force in July 2014 but were partially lifted in November 2017. In an official statement from the Cabinet, the government described such measures as reform decisions that ended subsidies to gasoline, diesel and petroleum products. The subsidies had led to daily crises, a budget deficit and the emergence of a black market.

To bridge the budget deficit, the state will resort to several measures, including international loans and grants, treasury bonds and bills, taxes, raised fuel prices and a program for initial public offerings (IPOs).

The IPO program, announced March 18 by Prime Minister Sherif Ismail after the Cabinet approved it, seeks to list 23 of the most successful public sector companies in Egypt on the Egyptian stock exchange. The goal is to list the companies within 24-30 months in a bid to expand their ownership base and invigorate the Egyptian Exchange (EGX). The total value of the shares to be listed is estimated between $4.5 million and $5.7 million.

Mansour Kamel, an economic analyst and adviser to former Minister of Investment Mahmoud Mohie el-Din, told Al-Monitor, “The IPO program will positively impact the budget, as it will provide revenues that will be used to bridge the deficit, but it is only a transitional measure that the state should not rely upon as a permanent means to solve the [deficit] — especially considering that the government has selected a list of the most successful companies out there.”

Asked about the difficulties lying ahead, he pointed out that “listing 23 companies in only 24 months is impossible.”

“The state should have gradually announced the listing of one company after another, as the stock exchange market can't accommodate all of these IPOs, especially as the announced companies are huge,” he said. “Listing public sector companies on the stock market will be a major challenge for the private sector and an obstacle to its expansion opportunities within the stock market."

He added, “But implementing the program will be useful and will allow businessmen to hold shares in public companies. This will force public companies to disclose their dividends and financial statements. There are also representatives of shareholders on the boards of directors, which increases governance and corruption controls. This program is a partial privatization of the public sector companies.”

“The state should maintain more than 51% of these companies’ shares to ensure control, especially over those that monopolize commodities such as the Eastern Co. for tobacco, and those that have a strategic dimension, such as container trading companies,” he said.

Moataz al-Said, a board member of the National Investment Bank, told Al-Monitor, “The Egyptian market is currently in dire need of the IPO program and the financial reform measures, which alone can't attract foreign investments.”

He added, “The program doesn't infer the privatization of public companies, and it doesn't only aim at bringing money to the government, as it will also expand the companies’ ownership base and will help diversify their portfolios. This, in turn, will have a positive impact on their performance."

With the re-election of President Abdel Fattah al-Sisi, either a new government will be formed or renewed confidence will be granted to the current government, which will be tasked with making decisions on implementing the ambitious budget in the next fiscal year. The most important challenges will be reducing the deficit and achieving the desired growth rates.