The Egyptian Ministry of Finance has an ambitious strategy for the next three years and the International Monetary Fund says Egypt is capable of achieving greater strategic objectives, but some economists on the ground have their worries. 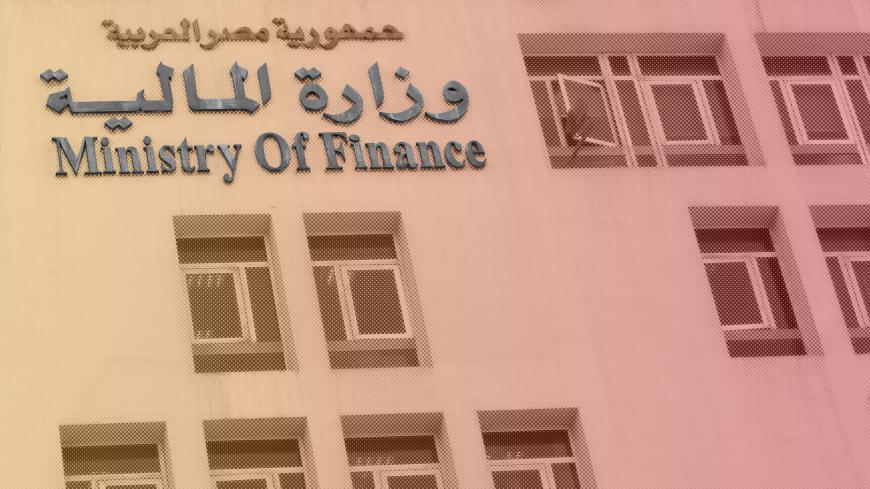 The headquarters of the Ministry of Finance is pictured in Cairo, Egypt, Aug. 4, 2016. - REUTERS/Amr Abdallah Dalsh

CAIRO — Some economists believe the strategic plan of the Egyptian Ministry of Finance for 2022, published March 8, is overly ambitious in terms of curbing the budget deficit and unemployment rate, increasing growth rates and foreign direct investment and boosting foreign monetary reserves. However, the fourth review report of Egyptian economic performance that the International Monetary Fund (IMF) published April 6 shows that many of these aspirations are reasonable.

However, while Egypt has been making great strides in making its primary deficit disappear, this category does not include payments on the country's huge debt; the IMF projects that when those payments are included, Egypt's overall annual budget deficit is over 8% of GDP. Still, this is a tremendous reduction from the 13.75% overall deficit of just a few years ago, and continued primary surpluses should allow Egypt to continue to chip away at its overall public debt, which is down to 86% of GDP now.

Hazem Beblawi, an IMF executive director, and Wafa Abdelati, an IMF senior adviser, predicted in the IMF report that Egypt will continue to reduce its debt. They wrote, "Fiscal policy has been prudently managed to reduce public debt to nearly 70% of GDP" by fiscal year 2022-23.

The ministry also seeks to continue to reduce the overall annual budget deficit.

There are factors that could derail these ambitions. The IMF worries that a rise in oil prices and other factors such as economic "adjustment fatigue" could make it harder for Egypt to reach the goals it has set out as quickly as planned.

Wael el-Nahas, a financial adviser to several investment institutions, told Al-Monitor that the ambitions of the Ministry of Finance and the IMF for the Egyptian economy can be achieved. However, he warned that Egyptian citizens might not reap the full fruits of this economic development due to population growth, which has been putting a brake on GDP growth, and because of price increases resulting in part from the lifting of government subsidies on several products such as fuel.

He warned that the government might need to borrow more money to expand its social protection programs to shield them from inflation and the high cost of living. He indicated that more such debt could obstruct the reduction of the government debt-to-GDP ratio and also the debt service-to-GDP ratio.

Still, the IMF estimates that Egypt's external debt, projected to be $104.4 billion in fiscal 2018-19, will fall in the coming fiscal years.

The president of the Economic Research Forum, Rashad Abdo, had a more positive view about Egypt's economic future. He told Al-Monitor that the government is acting to reduce the impact of population growth on the economy. In March, the Egyptian government announced success in reducing population growth to 2.48% in 2018, down from 2.56%.

He said inflation rates will drop gradually. He also pointed to the Egyptian government’s measures to control the governmental wage system, as President Abdel Fattah al-Sisi outlined in March. The hope is that as foreign and Egyptian investments expand and make more profit thanks to economic reforms, better salaries will be paid.

Abdo also said wage boosts would automatically reduce the government’s bill for social protection programs by decreasing the need for these programs.

Abdo added that if Egyptian debt were to go up, this might “not be the best option but [this would] not hamper the vision of the Ministry of Finance or the IMF for the Egyptian economy, because the government can expand its debt burden, while decreasing the debt-to-GDP ratio and the debt service portion of the budget. This is a positive indicator that can be achieved through booming growth rates” such as those Egypt is experiencing.