The historic Egyptian art of camel bone sculpture is threatened in modern Egypt, where the carvers are fast disappearing. 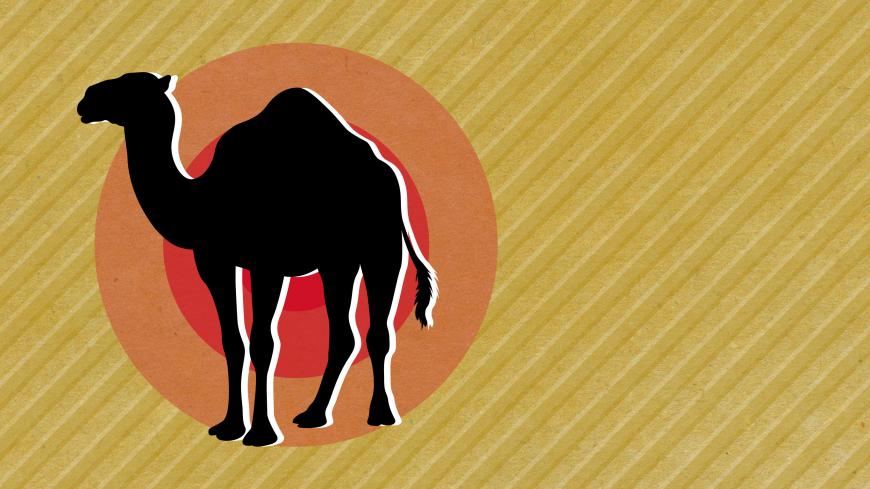 CAIRO — Sculpting with camel bones is a handicraft that has been practiced in Upper Egypt for thousands of years, since the Pharaonic era, but the trade is fast disappearing.

Sahar Mubarak is one of the few remaining carvers in Qus, a city in Qena governorate. She told Al-Monitor that the most important reason for the disappearance of this ancient art was economic: The camel bones are getting more expensive after the international trade of ivory was banned, as camel bones have become a popular substitute. Like ivory, the bones are rigid and retain their whiteness for thousands of years.

Camel bones are used in sculptures, which Europeans and Russians tend to buy, and necklaces and rosaries, favored by tourists from Gulf and Arab countries.

“There are some initiatives that help protect this historical craft, such as the nonprofit Egyptian Initiative for Integrated Development, also known as El-Nidaa. This NGO [nongovernmental organization] has provided us with the necessary funds to purchase bones and have craftsmen from the Egyptian market Khan al-Khalili come and provide workshops for us. There are currently a limited number of master craftsmen in Cairo's Khan al-Khalili bazaar, along with the 27 women at the center in Qus,” said Mubarak.

Ahmed Issa, a professor of Egyptology at Cairo University, told Al-Monitor that the first sculptures made of animal bones date to prehistoric Egypt, before unification at the hands of King Narmer in 3200 B.C.

He pointed out that primitive sculptures using animal bones remained common in Egypt until the era of King Djoser (2686-2600 BC), when granite was introduced in the carving of temples and mosques and the construction of pyramids and huge statues. He said that during the Pharaonic era, it was common for Egyptian women to sculpt animal bones to decorate their homes. Camel bones were also commonly used in the wake of the Persian occupation, which brought camels to Egypt in 530 BC.

Mohamed Al-Shorbaji, a professor of sculpture at Mansoura University, told Al-Monitor, “Sculpture in animal bones is important because it shows that Egyptians, regardless of their social or economic class, are fond of art. Even in ancient times, when Egyptians had only animal bones, they would sculpt them to decorate their homes." He added, "Sculpting animal bones, especially camels, is one of the most difficult types of sculpture, which makes it more valuable.”

Asked about the rest of the problems facing the art form and the women who practice it, R.M., one of the women who practices the handicraft at the workshop at Qus, told Al-Monitor, “The craft is facing a major problem with distribution because of the decline in tourism in Egypt. Most people who used to buy it were foreigners. There must be an alternative such as exporting sculpted products or organizing international exhibitions for our products because most of those who have mastered the craft have decided to quit due to the low financial return.”

She called on the government to organize a program to protect handicrafts, especially camel bone sculpture, saying there have been several initiatives to protect the craft and support workers, but government neglect led to failure.

Four years ago, the nongovernmental Society Development Association organized workshops to train 12 women and girls from the Karate Center in Qena Governorate to sculpt camel bones. However, there was no news of the continuation of the training program or of any exhibitions aimed at selling or distributing workshop products.

El-Nidaa's director Heba Handoussa told Al-Monitor that her association is keen to see sustainable dialogue with the government about protecting crafts and providing a source of income for poorer families, especially in Egypt’s countryside and Upper Egypt. She pointed out that the Egyptian government has so far failed to pay the craft the necessary attention because of the economic crises that have afflicted Egypt since 2015.

A source at Luxor's provincial council told Al-Monitor on condition of anonymity, “The governor has already begun to show interest in handicrafts by encouraging civil society organizations to organize trainings for artisans, create training centers and organize exhibitions. The council is also seeking to facilitate the procedures for artisans to obtain the loans they need to finance their projects and establish workshops. It is also looking to establish permanent channels of communication with the concerned ministries to promote and distribute the products of these workshops.”