Boeing finds other buyers as prospects for Iran sales dwindle

There is a sense of deja vu as Boeing finds other countries, including the United Arab Emirates, to fill its order books amid US government pressure. 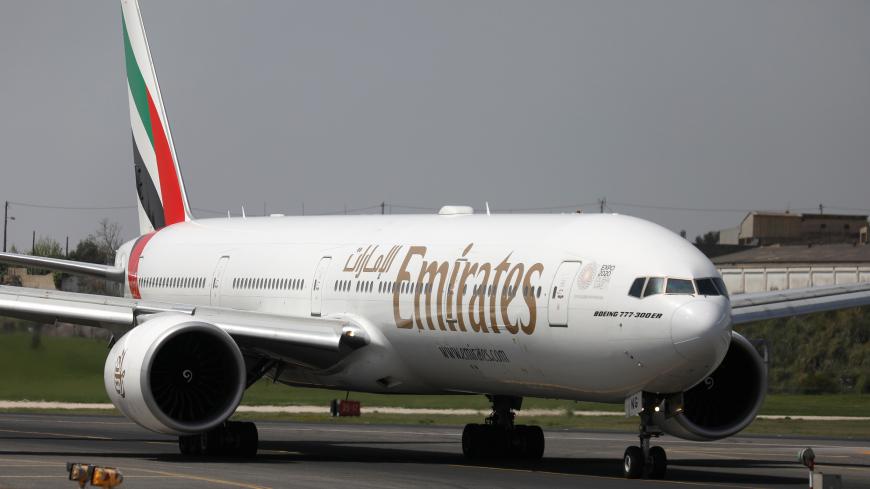 Preparing for the possible imminent collapse of the Iran nuclear deal, Boeing Co. has been signing contracts with other buyers, including Iran's adversaries across the Persian Gulf, to cushion the loss of $17 billion in sales to Iran.

In a conference call Wednesday to announce healthy first quarter earnings of $23.4 billion, Boeing CEO Dennis Muilenburg was asked about the impact of uncertainty over US sanctions on the sale of 15 long-range 777-300ER jets to Iran for which the company had obtained US export licenses. Three of the planes had been scheduled for delivery this year.

Muilenburg said deliveries to Iran "have been deferred again in line with the US government process." He suggested that the company had other buyers for the planes, which had been slated for Iran's national passenger carrier, Iran Air.

"I can tell you with confidence that we've continued to build risk mitigation into our 777 production plan," he said. "The plan that we outlined for you, the production rate that we've put in place is not dependent on the Iranian orders."

While the Boeing executive did not disclose the other customers for the 777 planes, Boeing has already concluded a major deal with the United Arab Emirates (UAE) worth $15.1 billion for its new Dreamliner passenger jet. In December, the company — the largest US exporter — announced it would sell 40 787-10 Dreamliners to Emirates, one of UAE's two flag carriers.

"The Emiratis have the money and the incentive" to compensate Boeing for the loss of any Iran sales, Bruce Riedel, an expert on the region, told Al-Monitor. Riedel, who is also an Al-Monitor contributor, added that the UAE is "obsessive about Iran. This is their hobgoblin that they can blame for everything in the world."

Under the 2015 Joint Comprehensive Plan of Action (JCPOA), there was a specific carve-out for Boeing to sell badly needed new passenger aircraft to Iran, which for years flew aging Boeing craft delivered before the 1979 revolution — planes that often experienced mechanical difficulties because of their age and lack of appropriate maintenance. As the only US company specifically mentioned in the JCPOA, Boeing took on symbolic as well as economic importance and sales to Iran were seen as a harbinger of improving US-Iran relations.

In December 2016, the Chicago-based company reached an agreement to sell 80 planes to Iran Air. While the requisite licenses were issued under the Obama administration, the deal has been clouded since Donald Trump's inauguration.

Iran Air CEO Farzaneh Sharafbafi attended a meeting of the joint commission that monitors the JCPOA in March specifically to raise concerns about the stalled contract.

One issue has been how to finance such a large transaction given continuing US sanctions against the use of the dollar and the reluctance of major European banks to restore relations with Iranian counterparts for fear of incurring US fines. Recently, Iran's English-language Financial Tribune reported that a Chinese bank would handle the Boeing sales but the news turned out to be premature.

For Iranians, the collapse of the Boeing deal would be a bitter experience that recalls the last failed effort by the company to sell planes to the Islamic Republic.

In 1993, the Clinton administration decided to impose a policy of "dual containment" on both Iraq and Iran. According to Riedel, who served on Clinton's National Security Council, then-Commerce Secretary Ron Brown got Saudi Arabia to buy $6 billion in Boeing airplanes so that the company would not try to sell any to Iran.

A failure to fulfill the Boeing contract will push Iran toward non-US suppliers even though Iranians would much prefer the American planes.

Russian media reported today that Iran has signed a memorandum to purchase 40 Sukhoi Superjet-100 passenger planes and would receive the first version of the plane by 2022. To avoid needing permission from the US Treasury's Office of Foreign Assets Control, the Russian company is reportedly reducing the proportion of US components in the plane to under 10%.