Turkish prosecutors have opened an investigation into a young man being accused of using a Ponzi scheme to bilk around 80,000 Turks out of millions of dollars. 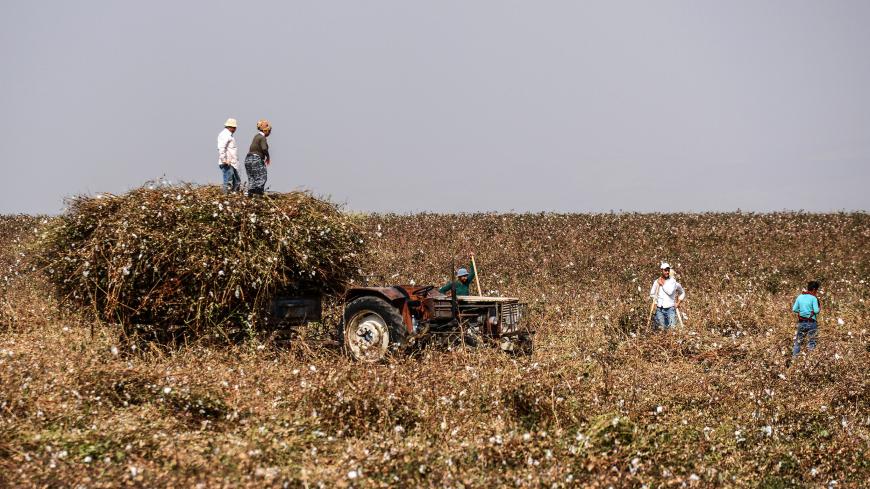 Are you a gamer? If so, you may be familiar with Farmville, the social network game where you raise animals and enjoy farming activities with your friends. Resembling nothing so much as the decade-old game, Mehmet Aydin first established Farm Bank (Ciftlik Bank) in Northern Cyprus at the end of 2016, boasting, “Invest 200,000 Turkish liras [$51,000] and you will earn 50,000 liras [$13,000] a month” complete with an investment handbook. His offer was too good to be true, but it proved too good to resist for about 80,000 people in Turkey. On March 12, after months of reports about the various pyramid or Ponzi characteristics of this scheme, prosecutors opened an investigation into Aydin and his companies based on the complaints of 20 Farm Bank members. Aydin had already left Turkey and is in Uruguay, where he obtained a residency permit. His soon-to-be ex-wife, Sila Soysal, was taken into custody on March 14. Aydin's scheme is estimated to have stolen tens of millions of dollars. There is also speculation that Mehmet Aydin might not even be his real name.

So how did a 26-year-old man establish such a lucrative scheme right under the public eye? With an insidiously innocent-seeming first step. You can become a member for free, but you start making a profit when you make the game “real,” meaning you spend money to buy virtual animals. An estimated 500,000 people signed up as members, while around 80,000 invested money. The latter believed they were actually buying animals with the money they invested in the game and that their returns were the profits of a real farm. Its Twitter account is still active, but its Facebook account and website have been taken down.

Al-Monitor asked a professor of psychology how this young man was able to convince tens of thousands of people to invest significant amounts of money. The professor, who asked that his name not be revealed, said, “Initially the game started with young, unemployed men who spend too much time at coffee houses. They made some profit, particularly if they left the game after collecting their returns. Initially, Farm Bank handed out a good amount of cash to these first-round players, who became the publicity agents for the game. They got their family members or friends to invest. The game’s name is also important here. Farming is a nostalgic word for the urban crowds of big cities in Turkey. The value of meat competes with gold here. So the idea that you are buying a cow is safe and appealing to people.”

He added “Also, many of those who have given him money did not see this as online gambling. It is called a bank, and you trust your money in a bank. If it were presented as gambling, I strongly doubt so many people would have been conned. Plus, the company was smart to use Islamist and ultra-nationalistic themes to create the illusion that they are working for Turkey. In their commercials, they used actors who have been outspoken against the coup in patriotic sitcoms familiar to the public.” Crucially, the Turkish public identifies with these characters and acts as though they are real. Some go so far as to publish an obituary in the paper when their favorite character passes away in the soap opera. While promoting Farm Bank’s sham farms, these actors repeated lines from Erdogan, even talked about Jerusalem as a red line. Crowds joined in chanting "Allahu Akbar." At these events, politicians in the ruling Justice and Development Party (AKP) made speeches praising the farms as “local and contributing to national production,” thanking Aydin and telling the crowds that they will support Farm Bank. In November, the mainstream media frequently published reports of Farm Bank’s grandiose projects. Reports claimed that 30% of the funds were given as subsidies by the government. All of this must have inspired great confidence.

Al-Monitor interviewed 10 families that invested in the scheme. People from all walks of life got involved in Aydin’s Farm Bank. Several of them have sold their cars or taken a second mortgage or opened a line of credit from the bank to invest in the farm. Most of them also told Al-Monitor that they found comfort in the high number of members on the website. When asked if they ever doubted some of the accounts could be fake, they said the possibility never occurred to them. All of them were persuaded to invest by a close friend or family member who was already a member. As could be expected, returns on the investments dwindled.

Aydin deserves credit for playing the system cleverly. When suspicions grew and people started questioning his bank, he appeared on television smiling, confident and well prepared. In November 2017, he posed in a front of a sparkling clean farm with cows in the background, looking calm and confident in Inegol, Bursa.

When asked why he and his company had attracted criticism, the young CEO said in an emotional voice, “Right now, there are games being played upon our country. I am receiving threats originating from abroad, particularly from London. On Dec. 23, we will be starting a project to establish the biggest dairy farm of Europe. So this must have disturbed certain quarters.” Aydin claimed the alarming news did not apply to his enterprise and that his companies undergo the required government inspections like any other. He repeatedly asked, “If I am doing something illegal, why are the authorities not after me?”

A confident Aydin often appeared in front of cameras in commercials for his farms and franchises in multiple cities. For example, upon the opening of the farm in Bursa, people came in from all around the country to make sure they actually owned a farm. That was what Aydin promised, at least verbally: “If Farm Bank goes bankrupt, the members know that they own the land, the farm and the animals.” So once the bankruptcy became official, angry mobs surrounded the farms and tried to take the animals. Police had to be deployed to protect the animals and calm the crowds, telling them they can seek legal recourse and sue the company.

AKP officials continued praising Farm Bank up until December 2017, and despite all the red flags the commercials ran until January when the entity was finally declared a scam. On Jan. 9, it was announced that there will be no new memberships. On Jan. 17, Aydin told the public that due to banking restrictions the business would no longer provide daily payments. Signs indicate that within a month, he had left Turkey.

So now what? Attorney Gursel Devrim Iyim explained in a TV interview that the victims can sue Farm Bank, but whether they could actually get their capital back depends on whether the government can freeze the entity's cash and assets before it evaporates.

And it may not be the last. Indeed, there are already reports that a new scheme is offering help, claiming, “If you pay only 400 liras [$110 dollars], we will get your money back from Ciftlik Bank.” It has so far managed to con 1,600 people. Ciftlik Bank somehow continues to be a dream even after its bubble has burst.