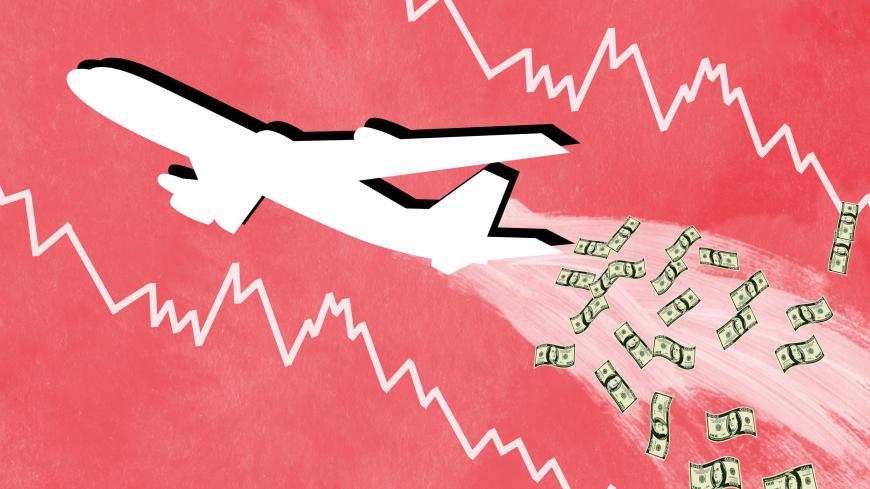 ANKARA, Turkey — The sanctions-busting case against Iranian-Turkish gold trader Reza Zarrab, a former Turkish minister and other prominent suspects kicks off soon in a New York court. As the first hearing nears, tensions between Turkey and the United States are shooting up, atop an unprecedented visa crisis in October. Ankara now charges that the case is an American plot against Turkey, unnerving investors and fueling turmoil in the Turkish economy.

Speaking after a Nov. 20 Cabinet meeting, government spokesman Bekir Bozdag described the case as “a clear plot against Turkey” that lacked a legal basis and is aimed to harm Turkey’s ties with Iran and Russia.

The Turkish central bank is also under fire for the country’s economic woes. On Nov. 17, President Recep Tayyip Erdogan claimed that the problems of rising inflation and high interest rates remained unresolved because those in charge were employing a “Western mentality” in their solution efforts and were thus “serving the interest-rate lobby.” Lashing out directly at the central bank, he said, “The central bank’s [forecasts] have been off the mark. They say, ‘The central bank is independent, so don’t interfere.’ It is coming to this point because we are not intervening.”

Erdogan and Bozdag’s remarks stoked a sense of insecurity at the markets. The Turkish lira tumbled to a record low and interest rates rose further. The price of the dollar hit 3.97 liras, while those of the euro and the British pound exceeded 4.5 liras and 5 liras, respectively.

While market anxiety makes the control of exchange and interest rates more difficult, alarm in the Turkish business community is also growing. Erol Bilecik, the head of the Turkish Industry and Business Association, warned last week that Turkey’s fragilities were growing at a time of rising geopolitical and economic uncertainties. “In such an environment, at least our own policies and rhetoric should minimize the uncertainties instead of creating new ones so that our financial system can function healthily,” he said. “We need messages and policies that will give confidence to investors and provide clarity to the markets.”

Despite the business community’s call for confidence-boosting steps, Erdogan’s accusations against the United States continued. In a Nov. 21 speech, he claimed the Zarrab case was a repetition of “the same trap” that failed in Turkey back in December 2013, referring to an aborted corruption probe, which involved allegations that Zarrab bribed Turkish ministers and bankers to advance a scheme designed to evade US sanctions on Iran. The United States is “trampling on the law,” he said.

Since last month, the central bank has tried a series of measures to contain the slump of the Turkish lira, which has been fueled by the government’s escalation of tensions with the United States and the EU. Its efforts, however, are unlikely to succeed as long as tensions continue to simmer.

The central bank’s Nov. 21 decisions on bank borrowing, designed to shore up the lira, meant a covert rate hike from 11.99% to 12.25%. On Nov. 18, the bank announced the launch of “Turkish lira-settled forward foreign exchange sale” auctions, a move that aims to bring some predictability on exchange rates over periods of up to six months. According to the bids in the first auction on Nov. 20, the dollar’s price is projected at 3.94 liras for a month later and at 4.13 liras for six months later.

While the central bank scrambles to contain the foreign flight and to stabilize the markets, ordinary Turks are also putting their money in foreign exchange in a bid to preserve the value of their savings. Deposits in foreign exchange accounts stood at $190.4 billion on Nov. 10, up from $173.2 billion at the end of 2016.

The deficit in Turkey’s net international investment position, which denotes a country’s assets and liabilities vis-a-vis the rest of the world, hit $440.5 billion at the end of September, increasing by $77 billion since the end of 2016.

The EU decision to trim funding for Turkey by 105 million euros ($123 million) next year may look small numerically, but it will have a negative multiplier effect in terms of confidence in Turkey, given the reason the EU has cited — the “deteriorating situation in relation to democracy, rule of law and human rights.” Mehmet Simsek, the deputy prime minister in charge of the economy, played down the cut, saying that it would pale in comparison to the $210 billion funds that Turkey was expected to secure from the global financial system next year. The EU’s move, however, looks bound to increase Turkey’s external borrowing cost and make the search for funds more difficult.

Even before the EU’s decision, foreign companies and investors were already leaving Turkey. In an October meeting with Prime Minister Binali Yildirim, representatives of the British Strategic Partnership Scheme Group said that British investments in Turkey had shrunk by up to 20%, citing the state of emergency — in force since the coup attempt in July 2016 — as a major reason, along with unpredictability in the business environment. Under the state of emergency, the government has seized 1,019 companies with some 50,000 employees, which are now managed by the Savings Deposit Insurance Fund.

Turkey’s main opposition leader Kemal Kilicdaroglu believes that interest rates, inflation and foreign exchange rates will begin to decrease if the emergency rule is lifted. “The real reason why foreign direct investments other than real estate purchases are decreasing is that [foreign investors] feel insecure in a country where law, justice and press freedom are non-existent,” he said in a recent interview.

In sum, the chaotic outlook of the Turkish economy, the result of political tensions at home and abroad, is scaring off investors, which exacerbates the loss of funds and the economic hemorrhage. Without the inflow of foreign funds, the Turkish economy can hardly keep its wheels turning. Yet ongoing tensions with the West, especially with the United States, the EU and Germany — the biggest providers of direct and portfolio investments — keep throwing those funds into jeopardy, which increases uncertainty. The flight of existing investors makes for an even gloomier environment, one that the Turkish economy cannot tolerate for long.