Despite Mahmoud Abbas' peaceful overtures, rhetoric and actions, the second Palestinian president is about to leave the political stage without peace in his lifetime. 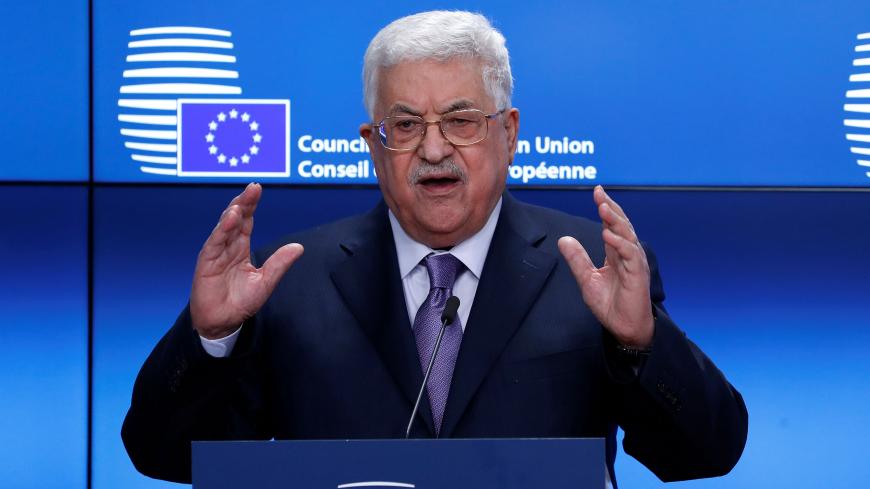 Israeli and international media paid a great deal of attention to an insult that the typically reserved Abbas hurled at David Friedman, the US ambassador to Israel. The speech also revealed a vindictive leader who apparently has no problem punishing the entire Gaza Strip for the March 13 attempted assassination of Prime Minister Rami Hamdallah and General Intelligence Service chief Majid Faraj. Six people were slightly injured when one of two roadside bombs hit Hamdallah's convoy as it entered Gaza.

Abbas’ attack on Friedman, in which he used the colloquial insult “ibn kalb” (son of a dog), kept the media and pundits debating whether it amounted to a major vulgarity or a simple insult common in Palestinian exchanges. Abbas’ remark was suggested by Friedman to be an anti-Semitic attack. Abbas' insulting description was removed from the text of his speech published by the official Wafa news agency. No Palestinian officially has publicly denounced the statement.

Palestinian diplomatic officials contacted by Al-Monitor were unwilling to comment on the record about the incident. Some expressed mixed opinions. “On the one hand, it doesn’t reflect well on Palestinians diplomatically, but on the other hand, it feels good that someone in a high position expressed the anger that many of us feel,” said a Palestinian ambassador who requested anonymity. It seems the insult will hardly make a difference, however, as US-led peace efforts appear to be stuck following President Donald Trump's Dec. 6 announcement recognizing Jerusalem as Israel’s capital and the subsequent Palestinian boycott of US officials.

The majority of Abbas' speech concerned Gaza, with the president accusing Hamas of responsibility for the assassination attempt and for wrecking the Palestinian reconciliation effort. “In my capacity as the president of the Palestinian people, and having born all that I can bear for the sake of unity of the homeland, which was rejected by Hamas and its illegal authority, I have decided to take national, legal and financial actions to preserve our national project. I am confident that the people of Gaza will always support the national project and the higher national interest.”

Abbas’ direct and indirect threats against Hamas not only dealt a blow to the fragile Palestinian reconciliation effort, but also risked a dangerous escalation. Abbas said, however, that he has no plans to avenge the assassination attempt with a similar move against Hamas leaders outside Gaza.

“[The response] could have happened in Lebanon, Jordan or even in the US, but we don’t operate in this way,” he said. “We are not hooligans and thugs like them. No innocent person should be harmed.” Hamas has denied any role in the assassination attempt.

Local reactions to Abbas’ speech were swift. In Gaza, the so-called resistance factions, Hamas and Palestinian Islamic Jihad, issued a statement on March 20, asserting, “It is unacceptable to go against the people and the resistance movement.” They called on Abbas to retract his stance and requested Egypt's immediate intervention to ensure that the reconciliation effort not collapse.

Also on March 20, the Independent Commission for Human Rights released a statement praising the Palestinian security services in the West Bank for maintaining security and highlighted the need to respect the human rights of residents in Gaza and not add to their suffering. Meanwhile, the Popular Front for the Liberation of Palestine (PFLP) called for a professional investigation into the assassination attempt. The PFLP stressed the need for a holistic political and organizational resolution to the Palestinian situation, including rebuilding the PLO by holding a unifying session of the Palestinian National Council (PNC).

Hani al-Masri, the director general of the Palestinian Center for Policy Research and Strategic Studies-Masarat, in Ramallah, wrote an article for the daily Al-Quds calling for continued efforts at reconciliation. He stressed the need to “empower” the government in all aspects, in particular, the security front. Masri further argued that “empowering” the government would entail “guarantees” that Hamas be made a partner in both the Palestinian Authority and the PLO.

Two days after Abbas' speech, the Hamas-run Interior Ministry in Gaza announced a $5,000 reward for information on Anas Abu Khosa, whom it accused of being behind the assassination attempt. The next day, March 22, Hamas declared that the perpetrator had been found in the Nuseirat refugee camp and killed in a shootout that also claimed the lives of two Hamas security personnel and an Abu Khosa accomplice.

Those who have known Abbas note that it is unusual for him to blow a fuse publicly. Being politically correct has been one of his hallmarks. Over the years, he has made many an unpopular decision for the sake of being politically correct, with the hope that it would bring about a negotiated peace. In reality, his moderation and restraint have gotten him nothing in return.

As Abbas prepares for an April 30 PNC meeting, it is clear that he is looking to hand over the reins of power to a new generation of leaders. On the verge of leaving the political arena, Abbas is free to say things without having to worry about the repercussions. Although speaking freely might upset many people locally and internationally, it could help Abbas regain his people’s trust, which he has lost over the years in his pursuit of the mirage of peace.

The politically moderate president has set the bar and declared a strong position on issues dealing with Jerusalem and political negotiations with Israel through the United States. Abbas' successor will think twice before playing the negotiations game with Israel and Washington in exchange for nothing.

Abbas did not blow a fuse because he is angry at a particular person, but more likely because he is genuinely worried about where the Palestinians are headed, particularly since his most peaceful overtures, rhetoric and actions did not result in his realizing peace in his lifetime.