Prime Minister Benjamin Netanyahu’s maneuvering through the coalition crisis and early elections has broken whatever trust his coalition partners had in him and left him weaker. 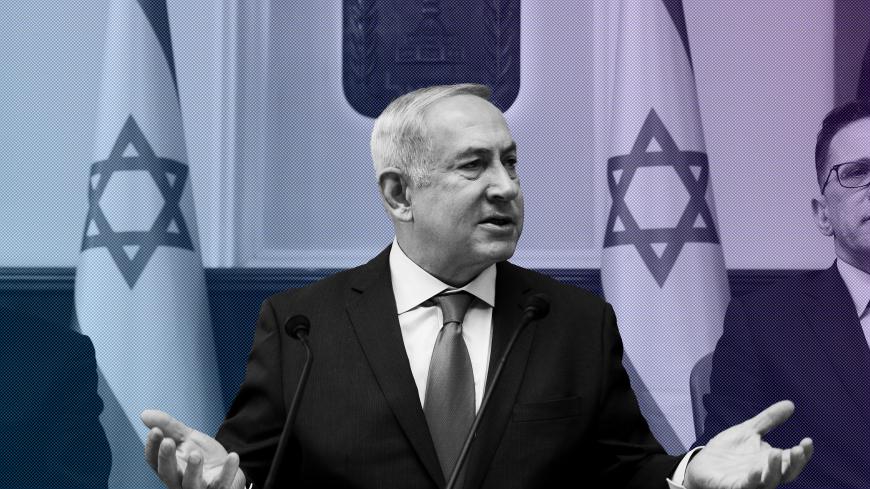 After a turbulent week, Prime Minister Benjamin Netanyahu announced on the evening of March 13 that the coalition crisis is over and a compromise has been reached over the conscription bill and the 2019 budget.

“Fake crisis or no fake crisis, what’s certain is that it was a resounding wake-up call for some of the parties and certainly for many of us Knesset members,” said Labor's Eitan Cabel of the crisis that almost led the State of Israel to a snap election, with a candor uncharacteristic for a politician.

Cabel’s tweet summed up the state of the political system after the great crisis: Theoretically there’s a return to routine, but nothing will ever be the same again. An early election could still happen, and so all of the players are taking stock. If before it was safe to assume that the election will take place in 2019, now anything’s possible.

The crisis exposed the weaknesses and fears of all the players in both the opposition and the coalition, as the prime minister attempted to trigger an early election for his own benefit, only to be blocked at the last minute by his own colleagues.

Members of the main opposition party, the Zionist Camp, didn’t try to hide their hysteria. A flash election would probably leave most of its 24 Knesset members out of the parliament. Cabel himself was heard saying on several occasions that there’s nothing for them to do but pray. Former Prime Minister Ehud Barak took the trouble of being interviewed by Army Radio while traveling abroad the morning after the crisis. Barak, as is his wont, found a crack back into relevance, saying Netanyahu “lost control of the process.” It seems that Barak hasn’t given up on his dream of being called on to save the Labor Party and the country. In the meantime, Labor chairman Avi Gabbay, who has been struggling in the polls, won some precious time to try to stop the collapse of his party and rehabilitate it.

But with all due respect to the opposition, which failed to leverage the crisis and fully deserved the prime minister’s derision at the Knesset plenum, the changes the Netanyahu coalition made in the 10 days of the crisis will determine the future of the government in the next few months.

Past all the spin lies a simple picture: The political crisis was real, as the ultra-Orthodox threatened to block the 2019 budget if their conscription bill was not approved. They figured they’d succeed in forcing their will on the government and on Netanyahu, but instead prompted the rest of the coalition party leaders to stand their own ground, although none of them wanted an early election. The ultra-Orthodox's mistake was not expecting Netanyahu to use the crisis to try to bring on a flash election. His situation in the polls is terrific, the country’s 70th-year celebration will soon start and President Donald Trump is showering him with gifts such as the decision to move the US Embassy to Jerusalem.

Reports claimed that ministers Aryeh Deri, Moshe Kahlon and Naftali Bennett pushed Netanyahu into a corner and forced him to shelve his plans, but this argument does not accurately describe what happened. For Netanyahu, neither option — a June election or continuing his government’s terms — was terrible. In fact, going to an early election carried much greater risk.

Sources close to him tell Al-Monitor that Netanyahu debated the question and when he saw that prospects for an early election were becoming complicated, he gave up on the idea. The compromise agreement gives Netanyahu an accomplishment to show — a stable coalition for another year and a half — but his success is questionable. In the course of the crisis, Kahlon, Deri and Bennett lost faith in the prime minister and will be ready for another such move on his part. Netanyahu’s natural partners became much less committed to him after he clearly didn’t consider them at all in a move intended only to improve his personal situation.

All this means that from now on, Netanyahu’s coalition will function in election mode and full of mutual suspicion. Netanyahu created a front against himself in his coalition, bringing Deri, Kahlon and Bennett closer to each other in feeling that they forced the prime minister to fold. In this respect, Netanyahu returns to his government weaker, with the investigations into him continuing at full speed. The government witness, former adviser to Netanyahu Nir Hefetz, continues to testify, evidence is piling up and Attorney General Avichai Mandelblit’s decision on whether to indict Netanyahu grows closer.

A source close to the prime minister claimed in conversation with Al-Monitor that Netanyahu will be sorry for not pushing harder for an early election. According to the source, from now on he’ll be an easy target for revenge by Kahlon and Bennett if the attorney general decides to indict him or after the next election if he is still the leader of the Likud. “It could be his mistake of a lifetime,” said the source on condition of anonymity. “Bennett and Kahlon are already circling with knives drawn and waiting for the moment to stick them in Netanyahu, after he almost led them to annihilation. In Deri’s case, if the election took place in June, it’s uncertain whether Shas would survive.”

While polls conducted the evening before the compromise was reached predicted 30 mandates for Netanyahu, they also showed it was possible that Deri’s Shas Party and Defense Minister Avigdor Liberman’s Yisrael Beitenu would miss the vote threshold and disappear from the political map. For Netanyahu, such a result would have complicated the assembly of a new coalition.

There’s a reason Netanyahu repeated, “You know how you start an election, but you don’t know how you finish,” according to a source close to him, in the hours leading up to his decision. Polls showing Liberman on the brink of the vote threshold softened the defense minister and showed Netanyahu that he has a lot to lose.

Since the prime minister is a man who will always prefer certainty to adventure, Netanyahu shelved the early election plan for now and is left facing the investigations with partners far less loyal to him.