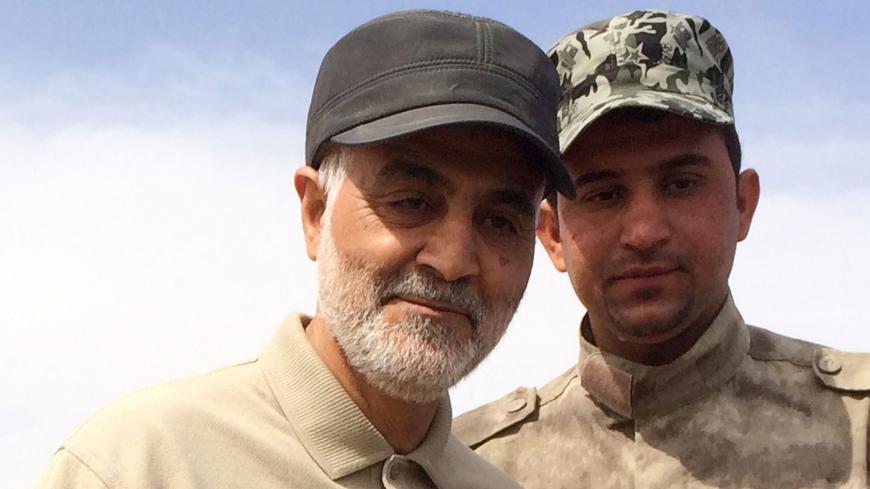 On March 13, former Vice President Hamid Baghaei began a 15-year sentence over a corruption conviction. Shortly after, Ahmadinejad’s closest adviser, Esfandiar Rahim Mashaei, protested the verdict, criticized Iran’s judiciary and burned the conviction in front of the British Embassy. He was later arrested.

In response to the controversy and Ahmadinejad’s defiance over the conviction, Iran’s judiciary published Baghaei’s conviction. According to the papers published, Baghaei embezzled 3.7 million euros ($4.5 million) in addition to $590,000. The conviction document also noted that Baghaei was given the money by the Quds Force, a branch of the Islamic Revolutionary Guard Corps, with the aim to disperse it in certain African countries.

In his latest open letter, Ahmadinejad addressed Soleimani directly regarding Baghaei’s case. Ahmadinejad wrote that if indeed Baghaei was given money from the Quds Force, “it needs to be made clear for what reason, for what work, from where, according to which law, [and] which request from Baghaei.” The letter continued, “If Baghaei was not given any money — and he certainly wasn’t — why have you and your colleagues been silent about this claim and injustice?”

Ahmadinejad continued, “While it is said in our media that you have sacrificed against injustice in Syria and other regions, the question remains why have you been silent against this great injustice in your own country?” Ahmadinejad ended the letter with a threat to reveal the “working relations” between himself and Soleimani.

Ahmadinejad’s direct attack on Soleimani, and attempt to draw Soleimani into a corruption case of a former official, is certainly the first of its kind. Soleimani has steered clear of Iranian domestic politics and has cultivated an image of a patriotic and nonpartisan soldier ready to sacrifice his life for the country and the Islamic Revolution.

Ahmadinejad was far more reverential in his letters to Khamenei. His website Dolat-e Bahar recently published two letters Ahmadinejad had previously written to the supreme leader. The two letters were dated March 13, the day Baghaei began serving his sentence, and Feb. 19.

In the letters, Ahmadinejad wrote, “Dissatisfaction with the performance of the government is very high and serious and is quickly spreading to the principles of the revolution.” Indirectly addressing Khamenei’s silence, the letter continued, “How could one know of the discrimination and injustice of some centers, especially of the judiciary, and the harsh security and judicial treatment of some groups and youth for merely criticism, protest or opposition to some individuals or behaviors and be silent?”

He asked, “Does clear information reach you about what is happening in the prisons and what happens to the youth for protesting against the current situation?”

Ahmadinejad wrote that there are three reasons why the situation in the country has become critical: First, “securitization of the country.” Second, “propaganda that everywhere is worse or at least similar to Iran, therefore everyone should be quiet and grateful.” And third, “lack of transparency on important affairs.”

The letters were written before Mashaei’s arrest.