Erdogan lashes out at US over support for Syrian Kurdish fighters

The president renewed his criticism of Turkey’s NATO partner after a US-backed Syrian Kurdish militia said it would deploy troops to Afrin province to battle the Turkish army. 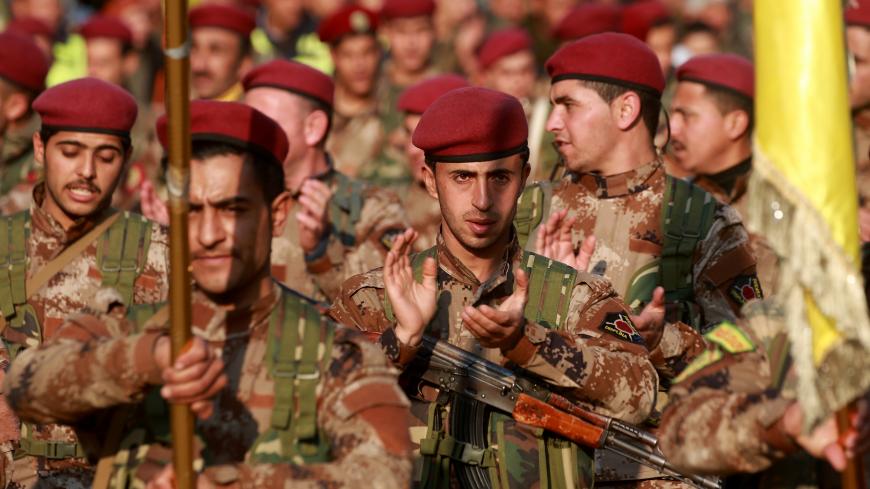 Turkish President Recep Tayyip Erdogan accused the United States of failing to deliver on promises to rein in Kurdish militants in Syria, breaking a brief rhetorical truce that followed a visit by US Secretary of State Rex Tillerson last month to ease strained ties between the NATO allies.

Erdogan’s anger may have been reignited by reports this week that the US-backed Syrian Democratic Forces (SDF) is sending 1,700 fighters to the province of Afrin to fight the Turkish military, which invaded the border region in January to thwart Kurdish territorial gains along its border.

“The terrorist corridor that is being set up all along our border has but one target, and that is Turkey’s territorial integrity,” Erdogan told his party in parliament March 6.

Erdogan and other Turkish officials have lately limited their verbal attacks on the United States; this reached a crescendo in the days before Tillerson’s Feb. 15 visit to Ankara. Erdogan even threatened US troops with an “Ottoman slap” if they got in the way of the Turkish military in northern Syria.

Tempers cooled after Tillerson sat with Erdogan, even agreeing to forgo his own translator, for a three-hour meeting in which they reportedly discussed setting up joint patrols in the Kurdish-controlled town of Manbij, a buffer zone in Afrin and working groups to sort out their disputes. The first meeting between US and Turkish officials is scheduled for March 8 in Washington and will focus on points of contention on Syria and Iraq.

“It is clear that despite all of the diplomatic contacts following Tillerson’s visit to Ankara, Erdogan will not easily give up on his tough criticism of the United States,” wrote columnist Sedat Ergin in Hurriyet. “The president is making a conscious choice to escalate the rhetoric.”

The Turkish wrath stems from the United States’ support of the People’s Protection Units (YPG), the Syrian Kurdish militia that dominates the SDF and is the United States’ most reliable partner in repelling the Islamic State (IS) from swaths of Syria. Ankara says the YPG is an offshoot of the outlawed Kurdistan Workers Party (PKK), which has waged a three-decade insurgency within Turkey at a cost of more than 40,000 lives.

“Turkey is angry at its ally. And its ally is trying to stay cool, which makes Turkey even angrier. As long as we have this dynamic, this isn’t going to go away. If the Americans want to resolve this, they are going to have to make the difficult decisions that they are shying away from,” Selim Koru, a senior analyst at the Ankara-based think tank TEPAV, told Al-Monitor.

Washington lists the PKK as a terrorist organization but makes a distinction with the YPG. The Western-oriented YPG denies it has designs on Turkish territory.

That campaign could be undermined as the YPG dispatches fighters to Afrin, an enclave it has controlled since 2012, when Syrian government forces withdrew early in the civil war. Erdogan vows to soon encircle and take the provincial capital in what could prove a tough battle.

“We have made our warnings about a group of YPG being transferred to Afrin … through official channels. We absolutely expect our allies to intervene,” Erdogan’s spokesman Ibrahim Kalin said March 7. “The United States, which controls the YPG, absolutely must prevent this.”

The redeployment would pit forces armed and trained by the Pentagon against the Turkish army, NATO’s second-biggest standing force.

Supporting a group that Turks believe poses an existential threat to their national unity while trying to improve relations with a country hosting US warplanes at its bases and that has sent troops to fight alongside US soldiers in wars from Korea to Afghanistan has proven a precarious balancing act for Washington.

“Turkey now has a border with the PKK, and it is very long, and the threat is very high,” said Koru. “Turkey is still trying to push the United States into a position where it has to choose. The United States still pretends it doesn’t have to do that, hoping that if it pretends long enough, it won’t have to.”

In the meantime, Erdogan’s frustration is mounting again. “They can tell us as many lies as they like, use as many diversionary tactics and diplomatic games as they want. We see this reality, and we slap them in the face [with it],” he said.

Erdogan’s condemnation came amid a security threat against US missions in Turkey, prompting the embassy to close March 5 and 6.

On March 7, Turkish police arrested 13 IS suspects, mainly Syrians, who were allegedly planning an attack on the US Consulate in the southern city of Adana as well four Iraqis in the Black Sea province of Samsun earlier this week thought to be targeting the embassy.

So embittered are US-Turkish relations that one pro-government columnist suggested the embassy closure may have been a ploy to disrupt the Turkish military operation in Afrin.

On March 6, US State Department spokeswoman Heather Nauert thanked Turkey for foiling a potential attack and said the SDF’s redeployment to Afrin was not “helpful.”

She also reiterated her call to Turkey to respect a Feb. 24 United Nations Security Council vote for a cease-fire across Syria. Turkey supports the UN truce for the rebel enclave of Ghouta, where Syrian government forces have killed hundreds of people in recent weeks, but insists it does not apply to its Afrin campaign.

“We also understand that Turkey, a NATO ally, has some legitimate security concerns,” Nauert said. “The more that we would see Turkish forces enter into Syria proper, deeper into Syria, the more that it stands to create a potential humanitarian crisis. … This further underscores the importance of the UN Security Council resolution that calls for a nationwide cease-fire.”

Turkey claims no civilians have been harmed in its operation in Afrin, where it says it has lost 41 soldiers and killed 2,795 Kurdish and IS militants. The Syrian Observatory for Human Rights reports 61 civilians, including women and children, have been killed in the Turkish bombardment as well as 323 YPG fighters. It puts the Turkish side’s death toll at 68 soldiers and 296 combatants aligned with them.