Turkish President Recep Tayyip Erdogan called on the United States to support its NATO partner as it prepares to expand military operations against the Syrian Kurdish People’s Protection Units. 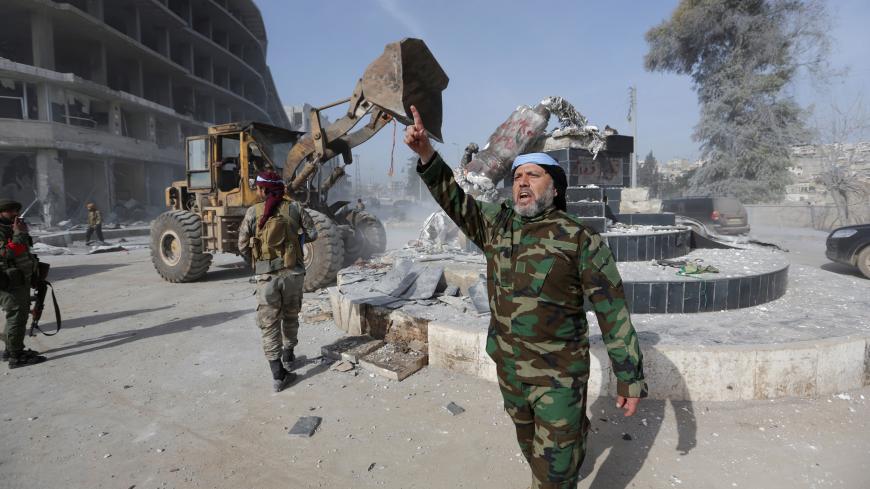 Turkish President Recep Tayyip Erdogan called on the United States today to “show respect” to Turkey as it prepares to expand an offensive against a Kurdish militia deeper into Syria after the swift capture of one of its strongholds in the war-torn country’s northwest.

The Turkish military and members of the Free Syrian Army (FSA) aligned with it took the city of Afrin on Sunday, capping a two-month operation to repulse the Syrian Kurdish People’s Protection Units (YPG) from a province on Turkey’s border.

The YPG has enjoyed American support, including arms and training, in the fight against the Islamic State (IS), helping the US-led coalition since 2014 to expel the jihadis from almost all of Syria.

But Ankara sees the YPG as an extension of the Kurdistan Workers Party, which it lists as a terror group for waging a three-decade insurgency for greater autonomy within Turkey at a cost of 40,000 lives. Erdogan has vowed to eradicate Kurdish militants and said on Monday that his army would attack them in other parts of Syria and even northern Iraq.

“You say you are our strategic partner, and then you go collaborate with terrorists. The truth is now out there. If we are going to be strategic partners, you have to respect us and walk with us. You tried to deceive us," Erdogan told his party’s lawmakers on Tuesday, referring to the United States.

“You told us you would clean up IS by cooperating with this terrorist organization and did not believe us when we said we should do it together. Now you see how our soldiers and our FSA take care of business,” he said.

The outgunned YPG said it will switch to guerrilla tactics against Turkish forces in Afrin. Its withdrawal from a territory on which the Kurds had pinned hopes for eventual autonomy in a post-war Syria shows how daunting that project is without a foreign power’s backing.

Evidence the YPG had initially planned to stay and fight in the city includes large stores of weapons supplied by Russia and the United States that were found by Turkish forces, reported Hurriyet citing intelligence sources. But the fighters abandoned Afrin, hiding in civilian convoys headed for Tell Rifaat and Aleppo beginning March 14 after US commanders, recognizing Turkey’s determination and capacity to take the area, persuaded the YPG to return to the Kurdish-controlled city of Manbij and resume the fight against IS, some in Ankara believe.

Erdogan has repeatedly said Turkey will move on to Manbij some 60 miles east of Afrin. But that could pit NATO’s second-biggest army dangerously close to US troops; some 2,000 US special forces support the YPG there.

The Pentagon warned Turkey on Monday that American troops would remain in Manbij. Yet Turkey insists it has a deal with the US administration to remove the YPG from Manbij and is waiting for the United States to implement it.

A 90-day plan to eject the YPG from Manbij agreed with Secretary of State Rex Tillerson in February has been put on hold after he was fired by President Donald Trump, reported Haberturk. Turkey now awaits Tillerson’s successor to take office and honor the deal.

But it will not wait forever. Turkey will launch an operation in Manbij at the end of May or beginning of June, according to the newspaper, citing war plans drawn up by Turkish security officials for Syria last year. Another offensive to remove Kurdish positions from areas further east to the Iraqi border is set for early 2019.

“The US-led coalition sees Manbij as a successful example of an area liberated from IS with local forces, where there is order and people have been able to return to their homes,” said Mutlu Civiroglu, an independent Kurdish affairs analyst based in Washington.

“That makes it difficult for Erdogan to redirect there, but he is clearly not joking. He has seen that international reaction [to Turkey’s incursion into Afrin] has been weak, and so there is a serious risk that Turkey could enter into a fight that the United States does not want it to,” he told Al-Monitor.

Syrian Kurds believe Erdogan has been encouraged by Moscow, which allowed Turkish airplanes to use the space it controls above Afrin, to exacerbate the dispute between the NATO partners as a step toward weakening the alliance, Civiroglu added.

Some in the Turkish media urged their government to promptly build on the victory in Afrin and “plant the flag” to quash Kurdish dreams of statehood in territory spanning Syria to the Iranian border.

“It is impossible that America or another superpower … will risk a war with Turkey,” wrote columnist Can Atakli in Sozcu newspaper.

In the meantime, Turkey will erect a half-dozen military outposts in Afrin and rebuild public buildings damaged in the operation. Government-sanctioned groups are delivering aid to civilians, according to news reports.

Residents are returning to the streets of Afrin despite ongoing explosions, Hurriyet reported. Seven civilians and four FSA fighters were killed on Monday after a bomb detonated in a building they were inspecting, it said.

The United States is “deeply concerned” about the humanitarian situation in Afrin and called on Turkey, as well as Russia and Syria, to allow in international aid groups, said US State Department spokeswoman Heather Nauert on Monday. “The fighting in western Syria over the last two months, including in Afrin, has … provided opportunity for [IS] to begin reconstituting in some areas,” she added.

Nauert’s “baseless” comments underscore the United States’ failure to comprehend Turkey’s mission in Afrin, said the Turkish Foreign Ministry in an emailed statement. “What is really damaging the fight against terrorism in Syria is the approach that uses one terrorist organization against another, creates a fait accompli about this terrorist organization’s separatist agenda and turns a blind eye to the demographic changes it [seeks].”

For its part, Syria accused Turkey of war crimes and called on it to “immediately withdraw” from Afrin in two letters the Foreign Ministry sent to the United Nations. "Turkey's behavior and attacks not only threaten citizens and the unity of Syria's land and people — they also prolong the war in Syria,” it said.