Schools are closed while Sinai is rocked by fighting during an anti-terrorism operation, and a new online program is helping students continue learning while they wait for calm to return. 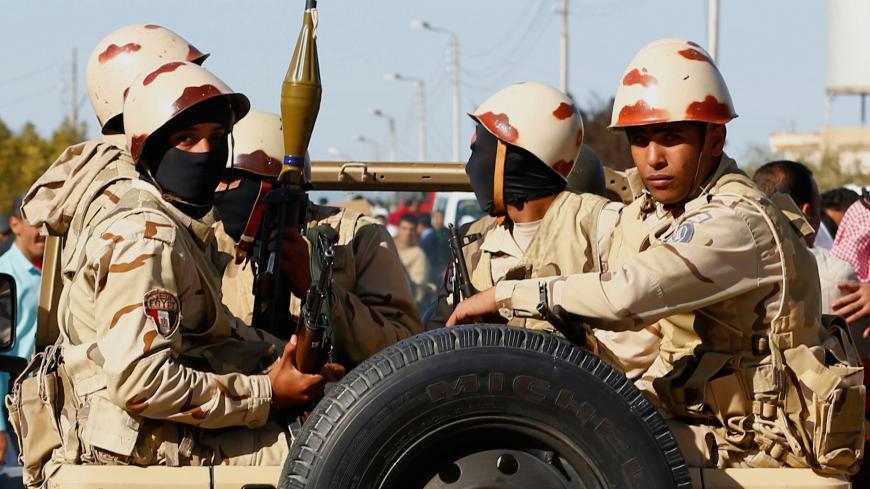 The Egyptian Ministry of Education has created a program called Online Tutor to help north Sinai students study online while classes in the region are suspended indefinitely, casualties of the ongoing anti-terrorism operation in the Sinai Peninsula.

The Education Ministry announced in a Feb. 10 statement that classes would be suspended in north Sinai until further notice to facilitate the national anti-terrorism mission.

An ongoing lack of security amid increasing terror attacks and military campaigns has impeded the education of north Sinai students for more than two years.

Ministry spokesman Ahmed Khairy said in a Feb. 14 statement, “The initiative follows the directives of Education Minister Tarek Shawki and aims to support the students of north Sinai and protect their future.” He added, “This initiative comes in line with the state's efforts to help the people of the province … and is based on the directives of President Abdel Fattah al-Sisi.”

Laila Murtaja, the undersecretary of the Ministry of Education in north Sinai province, told Al-Monitor over the phone that the goal of the initiative is to provide educational support for students while their classes are suspended. She stressed that the initiative also aims to boost the use of technology and help students work directly with teachers online.

“It consists of three mechanisms," Murtaja explained. "The first is videotaping the lessons, the second is creating a Facebook group called Online Tutor to publish all of the related work and facilitate communication between teachers, students and parents, and the third is distributing the videos on CDs to students who lack a reliable connection.” She added, “We have started distributing CDs at libraries and trade unions across the province.”

Murtaja did not specify the number of teachers assigned to the program, but said it was sufficient to serve all educational levels. She said teachers were appointed based on their ability to explain and communicate with students, and they prepare videos and send them to the ministry’s educational advisers for approval.

Asked about the initiative's timeline, Murtaja said, “It will stop when classes resume and the military operations are over. Students will have to take exams outside the province if the operations continue.”

As of this writing, the Facebook group of the initiative offers 51 educational videos, and the YouTube channel established by the Ministry of Education hosts 13.

S.A, a student at a public high school in el-Arish, told Al-Monitor, “Pursuing an education has been impossible in north Sinai, especially over the past year, with the increasing terrorist attacks and the military checkpoints where we are routinely arrested and prevented from going to school or education centers.”

He added, “Online Tutor is just a trick to improve the government's image. How will it be possible for the north Sinai students to view these videos at a time when internet access and mobile data have been cut off daily since the early hours of the morning until 5 p.m. over the past year due to the military operations? There are also days when there is no internet connection at all.”

Kamal Moghith, a researcher at the Lebanese Center for Educational Research and Development, told Al-Monitor over the phone, “It is impossible to replace paper books with educational videos, let alone dispense with school attendance and the direct contact between students and teachers.”

He added that schools give students social understanding and communication skills, helping them develop their personalities. The use of online videos, he said, requires students to have advanced internet and computer skills and teachers to be capable of creating and publishing these videos online, neither of which is the case.

Moghith pointed out that the high poverty rates in north Sinai and the lack of internet access during most of the day mean the initiative is bound to fail. He explained that before the start of military operations, the Ministry of Education should have established a joint council with the Ministry of Defense to consider the future of the Sinai students and put forth practical alternatives and places where they can complete their education away from the fighting.