The major aluminum exporter and US Navy host has been blindsided by President Donald Trump’s 10% tariffs on aluminum. 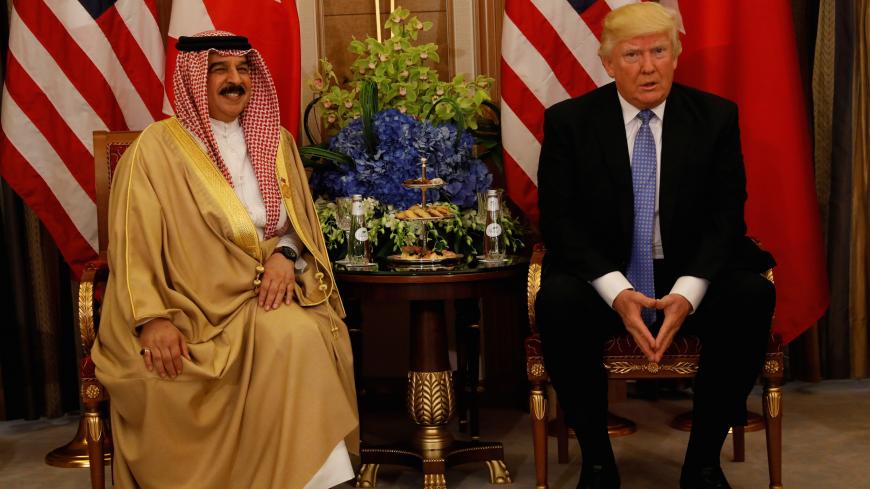 Bahrain has hired a high-profile US law firm to help convince the Donald Trump administration to go easy on new tariffs that could harm the US strategic ally.

Washington-based Miller and Chevalier Chartered filed paperwork with the Justice Department last week to advise Bahrain as it seeks relief from a 10% tariff on aluminum announced by the president earlier this month. The contract calls for the firm to be paid up to $110,000 to provide "legal advice and assistance" to the Bahraini Embassy in Washington through the end of March.

The kingdom is home to the US Navy’s 5th Fleet and its 20,000 sailors at Manama, fueling US interest in the country’s economic stability. The US Geological Survey ranked Bahrain as the world’s eighth-largest producer of aluminum in 2016, with 970,000 tons (the United Arab Emirates ranked fifth), accounting for about 10% of the country’s economy.

The Moody's credit-rating agency predicts the kingdom would be among the hardest-hit countries by the Trump tariff, which comes as Bahrain is mounting a major expansion of its aluminum industry, with a $3 billion boost to build the world’s largest smelter. Aluminum made up 61% of the country’s exports to the United States last year, as bilateral trade has surged to more than $1.7 billion since the two countries inked a free trade agreement in 2004.

“Having weathered the storm of the Obama years, Bahrain would be very keen to deal with any disruptions to the bilateral relationship,” J. Adam Ereli, who served as US ambassador to Bahrain from 2007 to 2011, told Al-Monitor. “You don’t want to undermine a key ally in the region.”

Despite the potential for adverse impacts on US allies, including Bahrain, the UAE and Qatar, the Pentagon doesn’t seem worried that the tariffs will affect the US military’s efforts to deter Iranian influence in the Gulf.

In a memo sent to Commerce Secretary Wilbur Ross and shared with other US agencies, Defense Secretary James Mattis said the Department of Defense “continues to be concerned about the negative impact on our key allies” from the tariffs. But he added that the plan would not impact the Pentagon’s ability to “acquire the steel or aluminum necessary to meet national defense requirements.”

Some experts say Bahrain’s hiring of lobbyists to deal with the tariffs is par for the course as Gulf leaders are learning to deal with Trump’s unpredictable style.

“You’ll probably find 60 countries that are looking into it,” Karen Young, a senior resident scholar at the Arab Gulf States Institute in Washington, said of reaction to the tariffs. “This is just another side effect of surprising Trump announcements. Governments in the Middle East especially are trying to insulate themselves from negative consequences.”

Relations with Bahrain haven’t been entirely crisis-free under Trump. The State Department, for one, has continued to complain about human rights abuses, issuing a statement expressing disappointment in the sentencing of human rights activist Nabeel Rajab to two years in prison for allegedly spreading “fake news” about the kingdom.

Still, Bahrain could be set to receive more arms as Senate Foreign Relations Committee Chairman Bob Corker, R-Tenn., recently lifted a hold on US weapons sales to the Gulf. In the context of those warming relations, Bahrain is unlikely to overreact to the tariff announcement.

“They’re not going to view this as a change in US security policy,” said Michael Connell, a former US Army intelligence officer now with the Center for Naval Analyses. “There will be quiet diplomatic engagements here in DC and in Bahrain and a lot of lobbying behind the scenes.”

Countries seeking exclusion from the proposed US tariff have until May 18 to lodge their complaints with the Commerce Department.