Turkey’s military intervention into Afrin might disrupt the social ties between Turkey’s Kurds and Turks permanently and spark an ethnic Turkish-Kurdish feud that could last for generations. 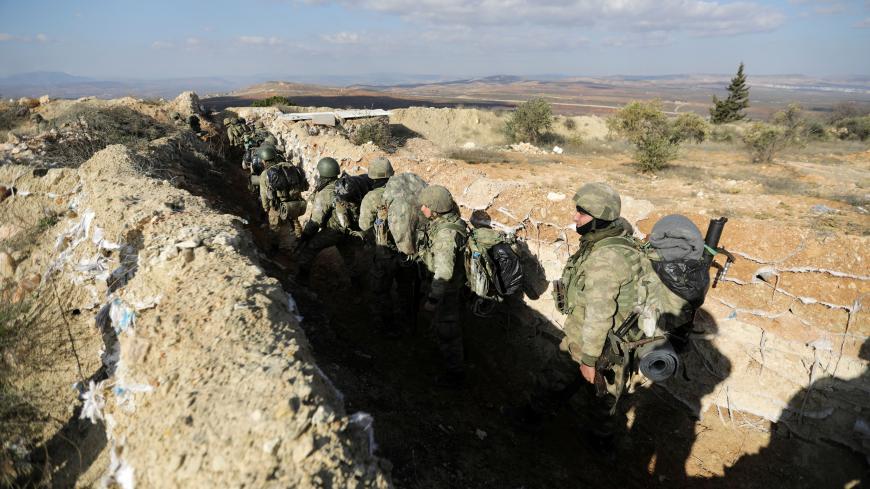 Following a conspicuous silence that lasted almost three weeks, the European Union has finally opened its eyes to the tragic developments taking place in Syria's Afrin province. EU High Representative Federica Mogherini said Tuesday that they are “deeply worried” about the developments unfolding in northern Syria.

Ironically, Afrin has been relatively the most tranquil part of Syria until Turkey’s military intervention began in early January. In the beginning, it was thought that the operation would be a cakewalk for the Turkish army, the second-largest army in NATO. But Kurdish groups decided to defy the Turkish incursion, and the first three weeks of the operation proved it would not be as easy as was anticipated.

The EU has become the first international actor to react to the ever-rising casualties.

French Foreign Minister Jean-Yves Le Drian also weighed in and labeled Turkey’s military intervention a “violation” of international law. Swedish Foreign Minister Margot Wallstrom canceled her long-awaited visit to Turkey due to the situation in Afrin, and the Swedish parliament observed a minute of silence for those who lost their lives in the region. In addition, the European Parliament issued a statement urging Turkey to stop the operation.

Apart from European leaders, Kurds across the globe are also on the rise. Wherever they are, they are in motion. In a show of solidarity, thousands of Kurds across northern Syria flocked to Afrin after the operation began, and hundreds of demonstrators took to the streets in Afrin on Feb. 5 to protest Turkey.

Traumatized by the loss of Kirkuk, thousands of Iraqi Kurds also poured into the streets of Sulaimaniyah and Erbil in solidarity with the Syrian Kurds. In a rare show of unity, the political parties in the Kurdish parliament voiced support for their Syrian Kurdish counterparts against Turkey’s military intervention.

European Kurds have been organizing marches in various European cities as well. On Feb. 12, some 79 Kurdish organizations will march from Lausanne to Geneva in Switzerland to protest the operation. Hundreds of thousands of people are expected to join the demonstration. For the Kurdish diaspora, Afrin now has become the equivalent of the Kurdish genocides in Halabja and Kobani.

Kurdish outrage is on the rise in Turkey as well. A Kurdish lawmaker who was once a deputy chairman of the ruling Justice and Development Party said Afrin could become Turkey’s “Vietnam.”

“The Turkish government may take the area under its power; however, this would resemble US control in South Vietnam,” Dengir Mir Mehmet Firat was quoted as saying by Ahval news.

Meanwhile, the Turkish establishment is labeling any kind of opposition as “treason,” and dozens of people have been detained just because they had expressed their concerns about the operation.

The entire mainstream Turkish media — under strict control of the government — is hailing the operation and reciting praises for the “glorious Turkish army.”

A recent survey indicates the extent of the ongoing nationalist and anti-Kurdish frenzy among the Turks and increasing polarization among public opinion. Some 87% of Turks believe that European states are trying to divide Turkey, according to a poll conducted by German Marshall Fund in November 2017. Some 54.3% of the respondents also think that the United States poses the biggest threat to the country’s territorial unity because of its alliance with Syrian Kurdish groups.

On the other hand, polls suggest that the picture is entirely opposite for Turkey’s ethnic Kurdish population. According a survey conducted by SAMER, a Diyarbakir-based, nongovernmental political and social research center, some 57% of the ethnic Kurds believe that the target of the Afrin operation is the Kurdish identity, and some 62% of the respondents think the operation is aimed at “destroying the gains” of Syrian Kurds in northern Syria.

Turkey’s military intervention into Afrin might disrupt the social ties between Turkey’s Kurds and Turks permanently. At a time when social harmony between different ethnic identities is key to national unity and cohesion for any Middle Eastern country, possible social outcomes of the Afrin operation might be disastrous for Turkey.

The duration of the operation is not yet clear, but the Afrin battle could pave the way for a feud between the Turks and Kurds that would last for generations to come. This possibility must be avoided.