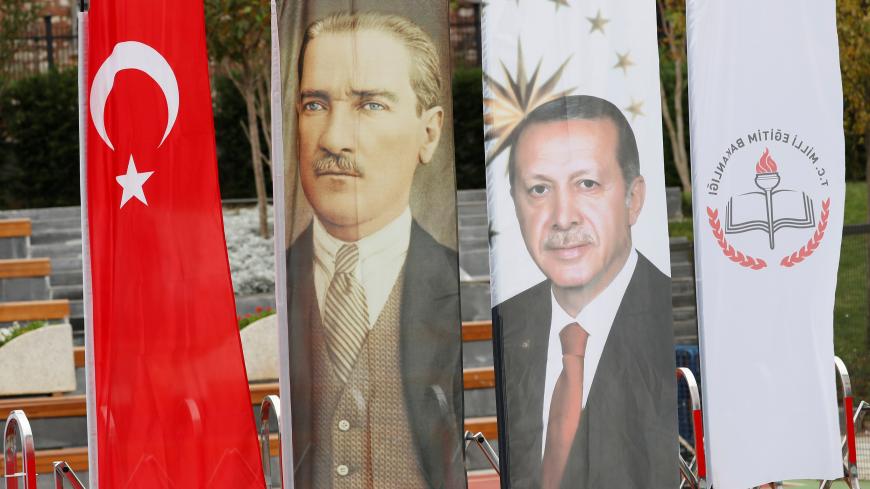 Turkey may be preparing for a snap election this year to enshrine President Recep Tayyip Erdogan’s expanded powers and capitalize on the disarray of a splintered opposition enfeebled by a long crackdown that has jailed politicians, journalists and activists in the wake of a failed coup.

Moving up the date of the presidential and parliamentary votes, which are currently due to be held together in November 2019, will hasten the end of Turkey’s century-old parliamentary system, eliminating the office of prime minister and concentrating vast executive powers in Erdogan’s office after he narrowly won a referendum on the controversial amendments to the constitution last year.

Publicly, the government insists it will not change the election date and Erdogan has long expressed disdain for early polls as a weakness and harmful to “democracy’s honor.”

But pundits and investors see signs he is readying for an early national ballot, pointing to recent legislation to perk up a sagging economy and change electoral rules, as well as Erdogan’s giving what resembles campaign speeches around the country.

Policy-making has recently reverted to normal parliamentary procedures after the government’s unpopular use of decrees to enact laws since imposing emergency rule in the wake of the abortive military coup, according to HaberTurk. More than 50,000 people have been jailed, 110,000 civil servants sacked and dozens of newspapers and civil society groups banned during the state of emergency, leading to charges that Erdogan is authoritarian.

The popularity of a Turkish military incursion launched last month in the Syrian province of Afrin to beat back a Kurdish militia may prove pivotal, said Soner Cagaptay, a senior fellow at the Washington Institute for Near East Policy and the author of “The New Sultan,” a biography of Erdogan.

The mainstream press has “already written the Afrin operation as a victory for Turkey, and that is something that Erdogan can use to catapult over the 50% threshold,” Cagaptay told Al-Monitor. “This narrative will be driven by Erdogan’s grip over the media in Turkey and civil society, and that could embolden him.”

Already, Erdogan has announced an electoral alliance with the far-right Nationalist Movement Party (MHP), with which the AKP has been cooperating since the referendum campaign. Chairman Devlet Bahceli, likely aware of dwindling support for parliament’s smallest party, has already declared his backing for Erdogan’s candidacy in the presidential election.

Parliament’s busy agenda winds down in April, which HaberTurk said could mark the commencement of the 90-day pre-election period. The timeline is helping fuel rumors the government wants the vote held on July 15, two years to the day after the failed coup. Another date that has been floated is Nov. 4, one day after the 16th anniversary of the AKP’s 2002 electoral victory that allowed it to rule as a single party ever since.

The government may be keen to hold national polls before the mayoral elections scheduled for March 2019, amid concerns about flagging support in metropolitan areas after Turkey’s biggest cities of Istanbul, Ankara and Izmir voted against Erdogan’s referendum, said Soli Ozel, a lecturer at Kadir Has University in Istanbul.

“The local elections are riskier for the government when we consider that the large cities voted no in the referendum. If the opposition puts forth strong candidates, there is a chance [the AKP] could lose these large cities,” Ozel told Al-Monitor.

A loss in the number of municipal offices the AKP controls could then dampen its support in the parliamentary and presidential polls, said Adil Gur, who owns the A&G opinion-research firm.

“We have seen that the parties outside of government typically garner between three and five more percentage points in local elections, and that can sometimes even reach 10 points,” Gur told Al-Monitor last month. “Entering a presidential election with that psychology would be a disadvantage for the governing party.”

For Erdogan, the “nightmare scenario” becomes reality if he loses either the executive or the legislative branch, said Cagaptay. “The constitutional changes were written with the president in full, complete control of all branches of government,” he said, adding that falling short of that “could lead to a regime or constitutional crisis.”

Erdogan’s greatest advantage may actually be Turkey’s opposition, comprised of competing camps of nationalists, secularists, Kurds and even Islamists with clashing interests and ideologies. They struggled to form a cohesive front in the four elections held in as many years in Turkey, and few see a new partnership emerging now.

Opposition parties “have never been so desperate and uncertain,” wrote columnist Ahmet Hakan in Hurriyet. Their best chance is to each nominate their own presidential candidate to deprive Erdogan of victory in the first round of voting and then hope the public will rally around his opponent in the second round, he said.

But who that candidate will be is still a mystery. The main opposition Republican People’s Party (CHP) has not said it will nominate someone other parties can back and is still debating how it will choose a candidate, such as staging a primary process, HaberTurk reported.

Parliament’s second-biggest opposition grouping, the pro-Kurdish People's Democratic Party (HDP), said last week it was preparing for an early election and was open to forming an alliance with other parties. But, Ozel said, “the only party for the CHP to cooperate with is the HDP, and most CHP members can’t even utter the HDP’s name.”

The opposition’s divisions show that the momentum it fleetingly gathered last year, when it joined forces and nearly defeated the constitutional referendum, has dissipated, wrote Asli Aydintasbas in Cumhuriyet. She argued that Erdogan does not need to call an early vote with the opposition so weak.

“The 49% [that voted no] genuinely posed a great threat to Erdogan. But since then, nothing is left of that 49%,” she wrote. “In the face of the government’s fusillade, the no bloc has become an honorable losers’ club for those unable to muster the courage to stand together.”