Can a new 'rescue council' save Gaza?

A new national council has formed in Gaza with the goal of offering services that the Palestinian consensus government appears unable or unwilling to provide. 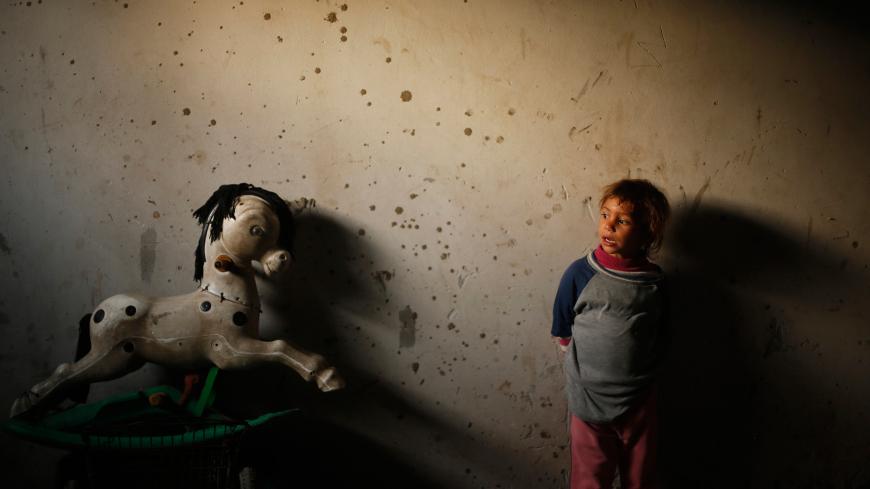 A Palestinian girl looks on inside her family's damaged house in Beit Lahiya, near the border between Israel and northern Gaza Strip, April 7, 2013. - REUTERS/Mohammed Salem

GAZA CITY — Amid the worsening economic and humanitarian situation in Gaza, political and professional figures announced the establishment of a council on Feb. 1 to rescue Gaza from the financial and other crises affecting every sector. Ibrahim Habib, who spearheaded the idea, explained to Al-Monitor that the rescue council is not a political party but is envisioned as a service organization. Its oversight committee consists of 11 members, most of them professionals from a broad range of backgrounds.

“The council’s mission is rescue,” Habib said. “It is not intended to resolve the problems the Gaza Strip has developed over the years. The rescue is limited to facilitating services in Gaza and communicating with local, regional and international authorities, including Israel, to hold them accountable for the situation in the Gaza Strip, which is still under Israeli control and is no longer habitable. The services the council would seek to provide cover all aspects of daily life in the Gaza Strip, including health, education, environment and economy.”

Habib also remarked that the council has been communicating with all Palestinian factions and civil society organizations for deliberations on ways to save Gaza. “We should not wait for the slow death of residents,” he said. “Gaza is on the verge of collapse, which will affect all Palestinians. With the factions’ approval, we want to offer residents a solution. We have launched wide-scale deliberations to discuss the situation and offer solutions to the crises.”

He further stated, “The council is temporary and seeks to fulfill the duties that the current PA government is not assuming in Gaza. As soon as the government begins offering services, the council will be deemed disbanded, and all its members will help the government fulfill its duties. If our work persists for a year without the consensus government assuming its responsibilities in Gaza, we will call for municipal elections based on the single-member constituency to manage the Gaza Strip, and then the council will be disbanded.”

Habib shared the council’s general policies with Al-Monitor, stating, “The council shall abide by Palestinian laws and respect international law and international agreements and legislations. Equality between the Palestinian Authority [PA] employees and those of Hamas’ former government shall be ensured, and their fates and the future of their children shall not be meddled with. The international community and the United Nations shall assume their responsibilities toward the humanitarian catastrophe in the Gaza Strip due to Israel’s oppressive policies. An ongoing truce with Israel shall be ensured, in addition to self-restraint.”

“The humanitarian situation in Gaza is catastrophic,” Abdul Ati continued. “In addition to Israel’s siege and crimes against civilians, the PA and President Mahmoud Abbas are punishing us collectively. As a result, the Gaza Strip is paying the price of the Hamas-Fatah tensions. The tragedy in the Gaza Strip is partly incurred by Palestinians. We demand the lifting of collective sanctions on the Gaza Strip and the distancing sector services, employees and citizens from the dangers of political polarization and disputes.”

Abdul Ati, who supports the formation of a rescue council, said that the idea of forming such a council had also been discussed under Masarat’s auspices. “Some approved, while others disapproved,” he said. “The Gaza Strip needs a national body to save it.”

Stressing the importance of a national rescue front to establish national unity, Abdul Ati asserted that the problems facing Gaza, Jerusalem and the West Bank cannot be resolved separately from this challenge. “Everybody should build a [unified] national current that transcends ideologies and strive to lift the collective sanctions against the Gaza Strip’s inhabitants,” he added. “These sanctions are a crime according to the Palestinian Basic Law. Serious solutions should be sought for all crises in the sectors of health and electricity and for the salaries predicament. No government in the world punishes its people or violates the law except for the Palestinian consensus government.”

Riham Audi, a political writer, told Al-Monitor, “In case the PA does not approve of the council, it will just become an opposing party. If the council is forcibly imposed as a substitute for the PA by the parties forming it and some of the factions in the Gaza Strip, its role would be similar to that of the administrative committee that Hamas formed and would marginalize the PA and deepen the Palestinian rift. The controversy regarding the party representing the Gaza Strip before the international community to receive aid will escalate.”

Audi explained that the council could succeed if it proceeds as a consensus political and social body offering support, advice and supervision on reconciliation to Fatah and Hamas. “The council should track the obstacles to the reconciliation, rather than act as a political and administrative substitute for the PA,” Audi said. “We need to empower the PA institutions and return to the normal situation before the 2007 rift.”

“Clearly, Gaza needs to be rescued,” Abu Jayyab told Al-Monitor. “But, a committee here and there cannot save it or perform the government’s duties unless the committee or council is locally and internationally sponsored and enjoys global funding and support. Gaza needs billions in funding and requires major plans, projects and development. The solution is for the consensus government to perform its duties in Gaza and lift the sanctions.”