Conference for Iraq draws investors instead of donors

The reported success — and failure — of a fundraising effort for Iraq could become a political football in the May general elections. 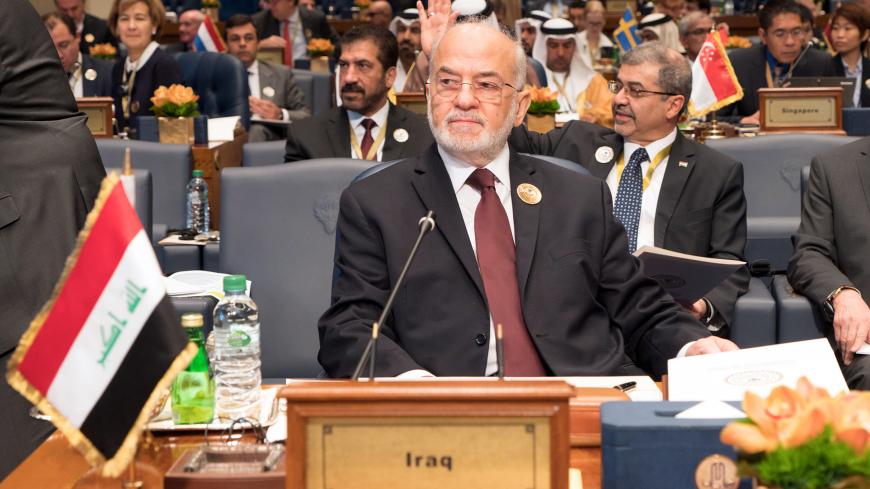 BAGHDAD — During a recent conference in Kuwait, Iraq was only able to raise a fraction of the money it needs for reconstruction, and rather than donations, most of the pledges were in the form of loans and investments to be used beyond the areas liberated from the Islamic State (IS).

Iraq has said it needs $88 billion to $100 billion, but it raised only $30 billion during the Kuwait International Conference for the Reconstruction of Iraq.

The United States will not be donating funds but said the US Export-Import Bank has agreed to loan Baghdad about $3 billion.

Prime Minister Haider al-Abadi hailed the conference as an unqualified success, according to the state-run Kuwait News Agency, and Mustafa al-Hiti, head of the Iraq Reconstruction Fund, said he was very satisfied with the conference's results, though others weren't so sure.

“The real success achieved at the Kuwait conference is that Iraq was able to [present] its cause before the international community and gain its confidence. Iraq has been fighting terrorism on behalf of the world and needs international support for its reconstruction," Hiti told Al-Monitor.

“Washington has decided to invest huge sums in Iraq, as did many countries and international organizations. [Needing financial help] doesn't indicate failure by the Iraqi government. Investments show that the world has confidence in the Iraqi security situation and that Iraq is able to host investments involving international efforts and expertise."

He added, “These are soft loans with low interest rates. Iraq is not obliged to take all of them, and we will choose what we need to serve the 10-year reconstruction plan. … Iraq is a rich country, and in the next few years it could improve its financial situation and dispense with international aid. What happened at the Kuwait conference is just the beginning of the reconstruction project.”

Abadi hopes to hold another meeting next month to follow up on the pledges.

Iraq's investment vision includes about 200 large projects in addition to some medium-sized projects in the central and southern provinces — and not only in the western provinces liberated from IS. Baghdad didn't limit the conference to discussions of donations but also marketed Iraqi investment opportunities.

Not everyone thought it was a good idea to solicit loans at the possible expense of donations. Vice President Iyad Allawi said in a Feb. 16 statement, “The conference failed; it encumbered Iraq with sovereign debts.”

Alia Nassif, a parliament member with the State of Law Coalition, stated Feb. 10, “It's ironic to see how Kuwait — which drained the Iraqi resources and tried to starve the Iraqi people by obtaining unfair and arbitrary compensation — is seeking today to invest in Iraq.”

Iraq's general elections are scheduled for May, and it looks like politicians will be using the conference results excessively in their campaigns. Opposition parties will continue to paint the meeting as a failure, while the government — particularly Abadi — will circulate the idea that the conference was the first genuine step toward reconstruction.

It's still unclear whether the government's announced 10-year plan for rebuilding cities liberated from IS is credible and will remain in place if Abadi isn't re-elected.

Abadi said the government is committed “as usual” to transfer the funds to their destination.

The government is likely to reject many of the loans pledged at the conference due to conditions imposed by the World Bank. The bank has said Iraq cannot afford to keep borrowing. The smaller amounts accepted will pave the way for further negative reactions at the government's failure to bring in big grants.

Nevertheless, how will the government disburse the funds obtained at the conference in light of the rampant corruption in Iraq? Is Abadi's pledge enough to ensure delivery of the funds to their destination, as he hasn't disclosed how he will do it? How will he ensure a favorable investment environment, which requires a stable political and security situation?

All these questions seem logical and legitimate to donors and investors, who may be reluctant to fulfill promises made at the Kuwait conference until after the Iraqi elections are completed and a new government is formed that could serve as a strong partner capable of meeting international commitments. This seems far-fetched, given the major political differences in Iraq that could lead to a political vacuum after the elections. However, it's also unlikely that the results of the Kuwait conference will remain mere ink on paper.