The European Union hopes that minor additions to the Iran nuclear deal might pave the way for greater dialogue with the Trump administration on Iran and the Israeli-Palestinian issue. 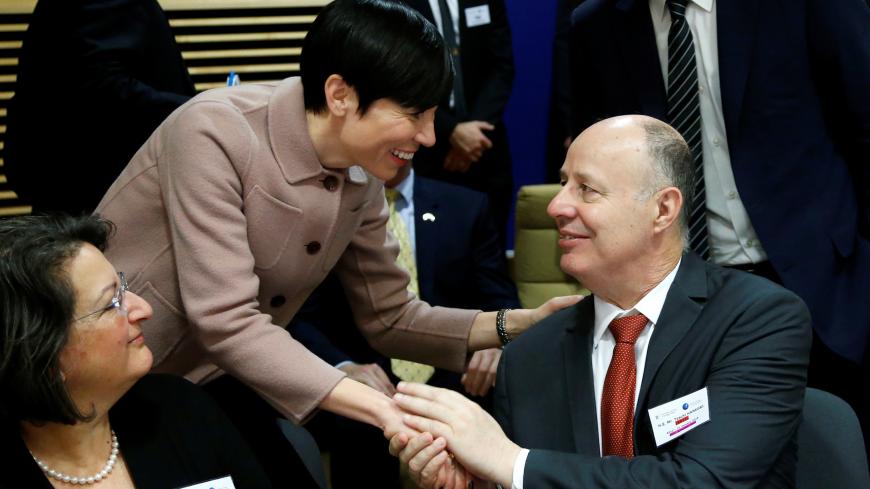 A senior European Union official spoke to Al-Monitor on condition of anonymity about the talks between European representatives and US envoy Jason Greenblatt on the sidelines of the Jan. 31 meeting in Brussels of the international donor group for Palestine. The emergency meeting was convened by EU’s High Representative for Foreign Affairs and Security Policy Federica Mogherini and by Norway’s Foreign Minister Ine Marie Eriksen Soreide, following threats by the US administration to cut in half its funding to UNRWA, the UN relief agency for Palestinian refugees.

According to the European official, compared with the US threats, Greenblatt sounded more moderate. Discussing the Jerusalem issue and Trump’s Middle East peace plan, Greenblatt explicitly said that the borders of Jerusalem will have to be negotiated by the two sides and that Israel will have to pay a price in the upcoming negotiations. He claimed Washington is still working on the parameters of a peace plan, its content and its timing. Greenblatt also said that the decision to cut US aid to UNRWA by $65 million will be revisited. He claimed that Washington has an interest to alleviate the economic hardship in the Gaza Strip to prevent a violent cycle and to reignite Israeli-Palestinian economic cooperation between Israeli Finance Minister Moshe Kahlon and Palestinian Prime Minister Rami Hamdallah.

The EU official said that Hamdallah, who represented his government at the conference, was not at all impressed by Greenblatt’s words. He then noted that Israeli Minister of Regional Cooperation Tzachi Hanegbi, who represented Israel, was constructive on the economic front. Most specifically, Hanegbi expressed a willingness to facilitate access to the Gaza Strip and the West Bank for international projects.

EU leadership remains preoccupied, mainly over the strengthening of the pro-Iranian axis in the region, given Trump’s virulent anti-Iran position and his boycott of the Palestinian leadership. A Hezbollah-Hamas-Syrian coalition under the guidance of Tehran is definitely possible. Looking for a way out of disagreements over the nuclear deal, the EU decided to engage Washington on the highest levels and also attempt to engage Iran, in order to examine possible minor additions to the nuclear agreement, mostly on wording.

In parallel, the EU plans to approach Washington with a new initiative that could generate the opening of partial negotiations between Israel and the Palestinians, with the backing of the international community.

The initiative, which will be developed by senior EU policy planers in Brussels with active French involvement, would include several elements. An essential element is that the Quartet forum — the United States, EU, United Nations and Russia — would serve as an umbrella for talks. Also, the negotiations would deal with the transfer of Palestinian neighborhoods in the East Jerusalem area (outside the Old City) from Israeli jurisdiction to Palestinian jurisdiction as Area B (West Bank area under Palestinian civil control, Israeli security control). The EU will also propose an international East Jerusalem neighborhood development plan.

Brussels believes that a version of such a plan could be acceptable to Washington, provided that Abbas renews all contacts with the administration in order to engage with Israel on peace talks under US auspices.

A senior Israeli Ministry of Foreign Affairs official reacted to these European plans with condescension. He told Al-Monitor that he was aware of these EU positions, but insisted that Israel will categorically refuse any talks sponsored by the EU and any talks on the future of East Jerusalem neighborhoods. He claimed that in intense daily consultations between the prime minister’s office and the White House, mostly on preventing Iran from establishing missile-manufacturing facilities in Lebanon, full understanding on the Palestinian issue was expressed more than once.

This official is probably right. Yet such an EU initiative could be of great value to Israel in reigniting a diplomatic process with the pragmatic elements in the Palestinian Authority, who oppose the pro-Iran axis.