The US Treasury Department is reportedly finally moving on issuing the necessary licenses for airplane sales to Iran after a long period of inactivity. 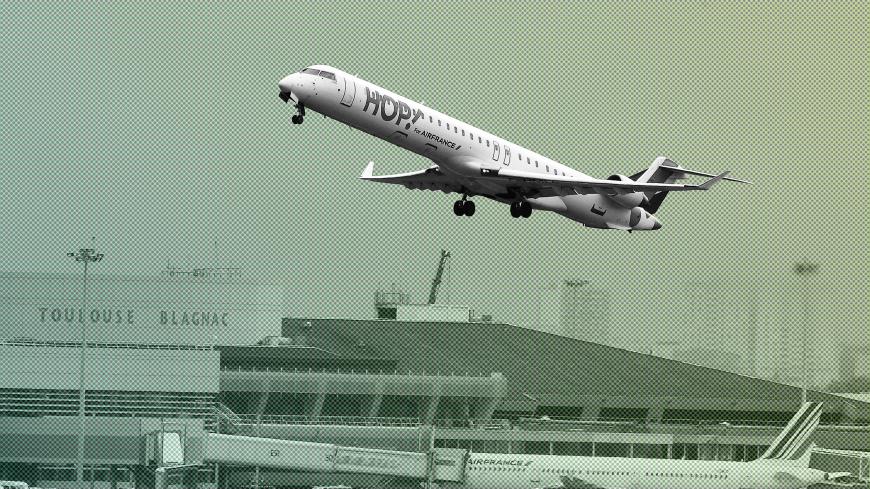 Questions have emerged about whether the US Treasury Department’s Office of Foreign Assets Control (OFAC) has issued new licenses to Canadian plane manufacturer Bombardier Inc. to sell passenger aircraft to Iran. If true, it would be the first such approval since President Donald Trump took office and comes at a time when Tehran is trying to overcome financing challenges associated with aircraft deals signed in the aftermath of its nuclear accord with the six world powers.

Morteza Sheikhzadeh, a spokesman for Iran’s Qeshm Free Area Organization, told Al-Monitor that Bombardier has reportedly received a license to supply 10 regional CRJ series jets to the organization for its soon-to-be-launched airline, Fly Qeshm. “We and the Canadian company are reviewing the drafted contract, but we haven’t exchanged the papers as of yet,” Sheikhzadeh said. “OFAC licenses for these sales were issued recently.”

Bombardier did not respond to Al-Monitor’s request for comment, and a Treasury spokesperson declined to comment on the license, citing “trade secrets protections and other considerations.”

Over the past two years, requests concerning permits to export planes to Iran have been piling up at the Treasury Department. In addition to Bombardier, a number of other companies have been in talks with Iranian airlines to sell them planes — US firm Boeing, France-based Airbus, French-Italian ATR, Brazil’s Embraer and the Russian JSC Sukhoi Company. Washington’s green light is required for sales of aircraft to Iran when more than 10% of the components are supplied by US companies. OFAC has not responded to aircraft sales licensing requests since the first of such licenses were issued during the Barack Obama administration.

IranAir has ordered 100 planes from Airbus as well as 80 jets from Boeing since signing the nuclear deal, the Joint Comprehensive Plan of Action (JCPOA), in 2015. ATR has also inked an extendable contract with IranAir to supply 20 regional turboprops. Meanwhile, Boeing’s contract to sell Iran Aseman Airlines 30 737 Max jets, with an option for 30 more, is pending US permits. OFAC’s reported action on Bombardier’s order could potentially be a positive development as far as the pending contracts are concerned.

“The bigger picture here is that this has the potential to allow Boeing to argue its business case so that it can sell jets to IranAir and Iran Aseman Airlines,” Saj Ahmad, the chief analyst at StrategicAero Research, told Al-Monitor. “Bombardier’s deal will pale into insignificance in contrast, and that's why Boeing will want the same approval to get things moving. The omens look good right about now, but we know that the OFAC approval will hinge on many variables that could easily derail things.”

The Treasury Department’s delay in issuing licenses has changed the prospects for ATR, which in the aftermath of the nuclear deal had been optimistic about doing business in the emerging Iranian market. In May 2016, the company estimated that Iran had the capacity for 60-70 of its aircraft, but uncertainty over the OFAC permits forced it to hold back on supplies to Iran Aseman Airlines in particular, a senior ATR executive previously told Al-Monitor.

“They [Aseman] have six ATRs, and we are supporting those six planes,” said the executive, who requested anonymity. “We are also discussing the future of cooperation, but … OFAC today, it is a closed office. So we do not know when we can tell Aseman, ‘Please engage with us. We’re going to deliver brand-new aircraft.’”

The Trump administration’s policy toward Iran has created uncertainty for numerous businesses seeking to operate in Iran. In particular, Trump's harsh criticism of the JCPOA has not gone unnoticed. On Jan.12, Trump acknowledged that Iran was complying with the terms of the deal when he signed a series of sanctions waivers. Yet he warned that he will not do so again on May 12 unless Congress and European signatories to the JCPOA take measures to ease his concerns, particularly those related to Iran’s missile program and its regional influence.

The prospect of the United States reneging on the nuclear deal has further muddied the waters for companies like ATR. “Today, we do not have any visibility,” the ATR source told Al-Monitor. “So we are saying, ‘Let’s study, let’s get prepared.’ As soon as we have the visibility, we will go forward.”

Trump’s posture toward Iran has also generated concerns about Boeing’s Iranian orders. Asked by Al-Monitor if the deals with the American company were at risk, Ali Abedzadeh, the head of the Civil Aviation Organization of Iran, played down the possibility, pointing to Boeing’s eagerness to execute the contracts. “We have not received any indication from Boeing implying there is an issue related to their contracts,” Abedzadeh said. “They seem determined.”

Besides OFAC, financing the deals still poses a major challenge. Spooked by the Trump administration’s stance toward Iran and the nuclear deal, large European banks and financial institutions are declining to finance big business deals. Nonetheless, Iran does not see financing as a significant obstacle.

One major issue, however, is IranAir’s inability to provide down payments, which airplane builders require before manufacturing begins. This might cause potential delays in future deliveries of both Airbus and Boeing jets. The flag carrier has used domestic financing to pay for the three Airbus and eight ATR planes it has so far received, but it is eyeing European credit for the remaining deliveries.

The plane deals were negotiated while the nuclear talks were ongoing, and it seems that their fate continues to be tied to the pact. What remains to be seen is the matter of Trump’s decision on the JCPOA — and what the European Union will do to persuade Washington to stay within the deal. Iran, for its part, has shown that it wants to keep the accord alive.

“Make the [deal] a successful experience, and then we will discuss other issues,” Deputy Foreign Minister Abbas Araqchi told the Euromoney Conference, referring to Iran’s missile program.