As videos of the Egyptian regime’s violations during the 2011 and 2013 uprisings were disappearing from social media, the Mosireen Collective launched an online archive to keep the memory of the Arab Spring alive in the minds of citizens. 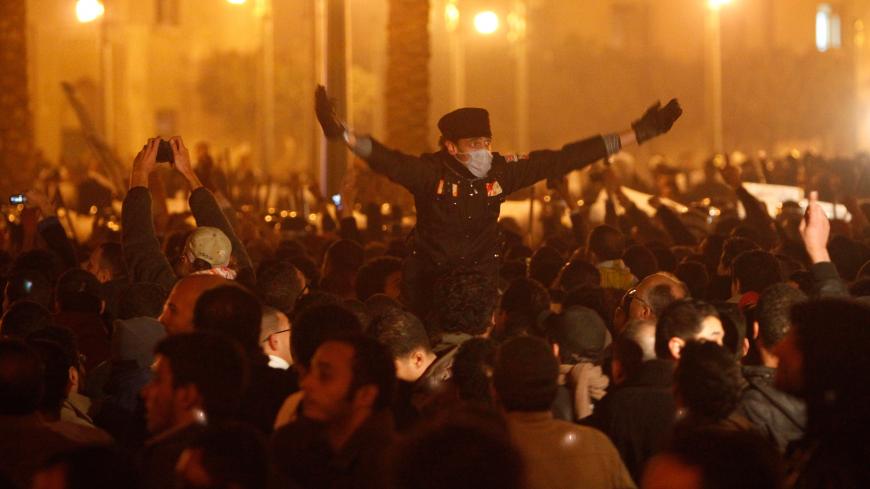 An anti-government demonstrator calls out to other demonstrators to gather before midnight in downtown Cairo, Egypt, Jan. 25, 2011. - REUTERS/Asmaa Waguih

On Jan. 16, “858: An Archive of Resistance,” a vast collection of videos documenting the 2011 Egyptian Revolution, was launched online.

The videos, 858 hours in total, document police abuse, protests, labor strikes, scenes from the morgue following the death of protesters and many other events that occurred mostly between the years 2011 and 2013.

The archive was put together by a large group of people, many of whom were also founders and contributors to the Mosireen Collective, which sprung up in the early days of the revolution with the initial aim of archiving videos. In response to the Maspero massacre, in which almost 30 Coptic protesters were killed in an attack by the military on Oct. 9, 2011, Mosireen decided to not only archive but also to film, edit and broadcast its own videos of the events during the revolution.

The 858 archive was put together in part with footage that Mosireen had initially recorded as well as with the collaboration of dozens of other people who had videos of events during the revolutionary years.

An 858 organizer who did not did not want to be identified because the coordinators of the archive want to take collective credit said, “I think you can see from just the sheer number of people recording things during the revolution, whenever there was a protest or occupation or a strike there were dozens of people filming from cellphones, cameras and more professional recording equipment.”

The contributor, also a co-founder of Mosireen, told Al-Monitor that the archiving is essential to gain more control over the current narrative in Egypt. “Right now, the counterrevolution is engaged in a battle of history, and there is a bit of competition over history from the beginning of the revolution,” he said.

Since the Muslim Brotherhood was ousted from power in a military coup following mass protests in 2013, the regime, led by former general turned President Abdel Fattah al-Sisi, has sought to stifle all forms of dissent.

Tens of thousands of political prisoners languish in jail, including more than 20 journalists. Hundreds of critical websites have been blocked, and traces of the revolution have continued to be stamped out, including the omission of the 2011 and 2013 uprisings from school textbooks and the removal of revolutionary graffiti.

“There has always been a question of … who did what, who did what when and who was in what place, and there’s been a competition over the narrative from the beginning,” the contributor said. “Particularly now, when the Sisi regime is whitewashing the entirety of what happened between 2011 and 2013 and in the kind of clampdown on public space and on dissent.”

As an example of the importance of archiving, Amro Ali, a professor of sociology at the American University of Cairo, said in a blog post in July 2017 that videos of the revolution in Alexandria had begun disappearing from YouTube. He suggested that they were being deleted at the behest of supporters of the regime who complained to YouTube.

Ali wrote, “A video that is deleted is an assault on our collective memory and our post-2011 quest to build an unfettered archival culture (despite how contested archives can be).”

Examples in other countries in the region that saw mass protests in 2011 show that archiving can have a practical effect, including prosecutions for war crimes.

Around the middle of last year, YouTube rolled out a new artificial intelligence system designed to identify violent content that might be used as extremist propaganda or be disturbing to viewers.

As such, almost overnight, YouTube shut down 900 groups and individuals documenting the civil war in Syria.

Thousands of videos were lost — though many were later recovered. But the importance of such videos from war zones has already been established.

Last year, the International Criminal Court issued an arrest warrant for Libyan commander Mahmoud Mustafa Busayf al-Werfalli, who was accused of extrajudicial killings on the battlefield. The warrant was based in part on videos posted to Facebook.

In Germany, a former Iraqi soldier was also charged with committing war crimes after being shown holding the decapitated heads of Islamic State fighters, based in part again on evidence found on Facebook.

Since 2011, state violence in Egypt has in some cases been extreme. In August 2013, security forces dispersed two pro-Muslim Brotherhood sit-ins, killing at least 800 people, according to independent observers. Human Rights Watch said that the killings possibly amount to a crime against humanity.

Mai El-Sadany, the nonresident fellow for legal and judicial analysis at the Tahrir Institute for Middle East Policy, said archival footage can serve as an impetus for investigations and prosecutions or be included into legal proceedings as evidence.

“Specific to court-based justice, while prosecutions of security officials and government officials in Egyptian domestic courts are currently few and far between, there are a number of alternate methods of justice that can be found outside of Egypt via special mechanisms like the African Court for example,” Sadany told Al-Monitor.

However, she said they vary in degree in whether they are binding to the Egyptian government.

Ali told Al-Monitor by phone that before 2011, Egypt didn’t have any cultural archives and that when archives did exist, they were restricted to the public. “So now [with] the Mosireen project, what it does is that it allows people to remember a pivotal event in modern Egyptian history because you have to remember that memory is a very, very fragile thing.”

“The important thing is that it exists and it’s accessible. … Personality and events come and go, and what the archive has to do is provide a resource — not just to the public — but to the public that does not yet exist, the one that is coming,” Ali said.

But there are limits to recording and archiving. For example, the anonymous 858 archive organizer said that by the time of the August 2013 Rabia al-Adawiya massacre, the state had stopped hiding its violence.

“After Rabia, they were not denying what they were doing — they wanted people to see that they were killing people," the organizer said. "They wanted their violence to be broadcast to strike terror into the populace"; he said by that doing so, the authorities had taken away the power of a guiding principle of the archive — that of bringing events to light. 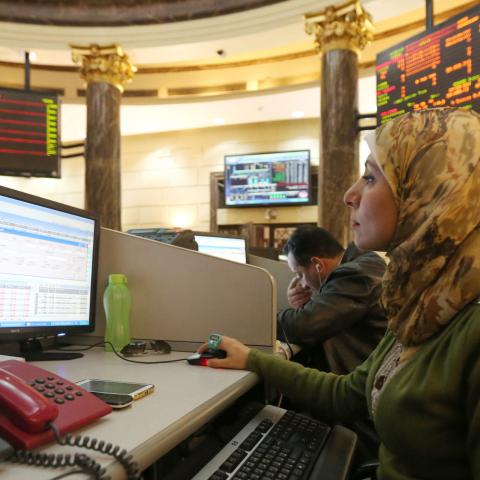 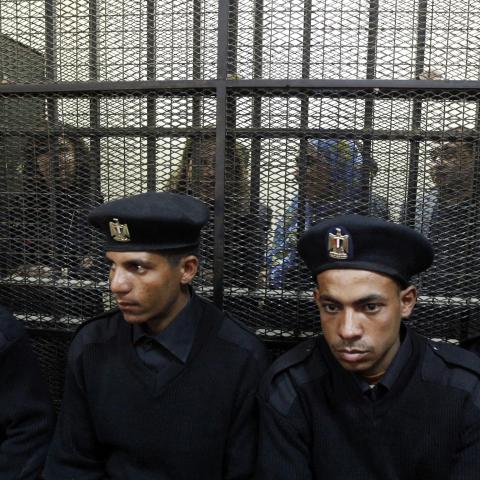 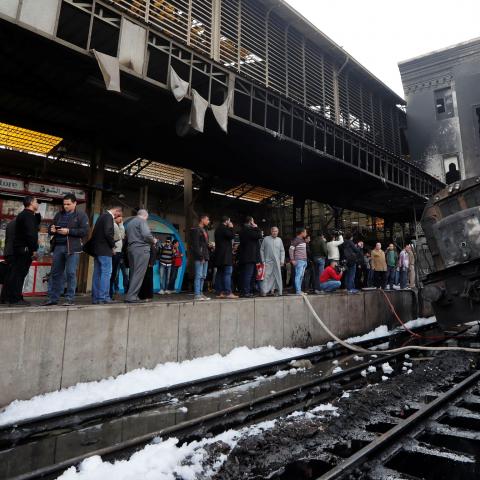