After years of planning, Egypt is finally making progress toward establishing its own Disneyland-style theme park. 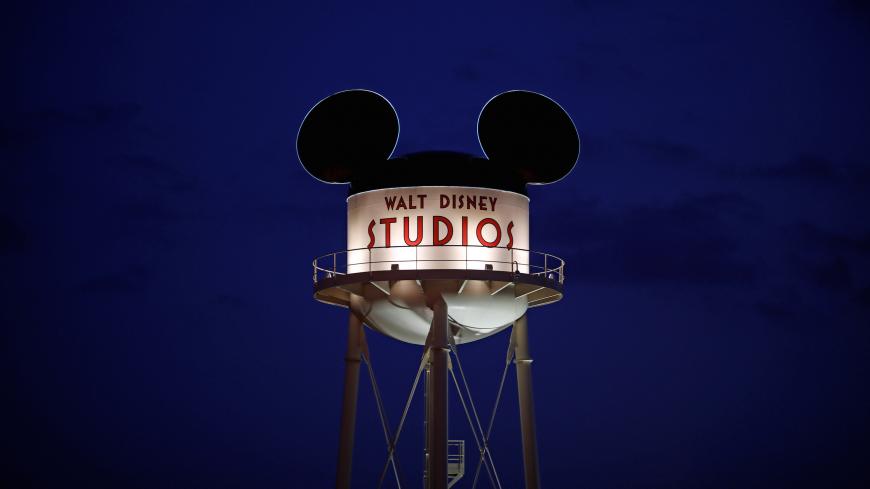 The sign of Walt Disney Studios Park is seen at the entrance of Disneyland Paris ahead of the 25th anniversary of the park in Marne-la-Vallee, near Paris, France, March 21, 2017. - REUTERS/Benoit Tessier

CAIRO — Egyptians might soon no longer need to travel abroad to visit Disneyland, as the country inches toward the establishment of a Disneyland-style theme park in El-Alamein, northwest of Cairo.

Minister of Investment and International Cooperation Sahar Nasr, Minister of Local Development Abu Bakr El-Guindy and Executive Director of the General Authority for Investment & Free Zones Mona Zobaa attended the Feb. 1 signing ceremony for three investment contracts between Matrouh Gov. Alaa Abu Zeid and the managing director of Entertainment World in the Middle East and North Africa. The theme park, with a joint US-Saudi investment of $3.3 billion, will be built on 5,080 acres over 9-10 years. The first portion of the park will be completed and open to guests within two years.

When the Egyptian government started discussing this project with a number of investment bodies in August 2017, reactions were mixed. Commenting over social media, some Egyptians welcomed the project as a new source of entertainment for Egyptians as well as a draw for tourists from around the Middle East. Proponents also pointed out that the major investment project would create job opportunities in construction and entertainment. Critics, on the other hand, say that the country should focus on industrial or agricultural projects to address more basic needs, such as irrigation or reducing inflation.

One of the more scathing criticisms of the Disneyland-style project came from Nader Nour el-Deen, a professor of water resources and irrigation at Cairo University. In a sarcastic Facebook post on Aug. 10, 2017, just as the debate on the project opened, he wrote: “Thank God! Thank God! We will finally construct a $2.5 billion Disneyland in Egypt!! We are in dire need of it after the industrial and agricultural development we’ve achieved so far. We need it to take care of all the surplus money people have. My cabinets won't close, they're so full of money.”

Commenting on the criticism, Abu Zeid told Al-Monitor, “Development should not be limited to just one or two dimensions, such as industry and agriculture. Instead, it should run on parallel paths, and the top of the list are tourism and investment.”

He argued, “The Egyptian Disneyland project will turn Matrouh from a governorate the Egyptians only visit to spend summer vacations into a destination Middle Easterners of various nationalities will visit all year, just like Disneyland Paris.” Abu Zeid added that the park's construction and operations will provide about 40,000 job opportunities.

Magued al-Qadi, a consultant for the Chamber of Tourism Companies in the Red Sea, told Al-Monitor, “The Disneyland project is important to promote tourism. However, it cannot revive tourism in Egypt on its own. For instance, any tourist who travels to Paris for a week will also visit the Louvre Museum, the Arc de Triomphe de l'Etoile and other tourist attractions besides Disneyland. Egypt in general and Matrouh in particular would also need to diversify tourist attractions as well as outstanding hotel services.”

Ahmed Ali, a professor of economics at Cairo University, said that the Egyptian theme park will help create diversity in the investment climate in Egypt. “It’s not tenable when the investment climate in Egypt is restricted to the fields of industry, oil, gas, metals or fish farming, as is the case now,” Ali told Al-Monitor. “Entertainment and art have to be added to this climate to help push the wheel of the economy in case other investments cannot be maintained.”

Economist Rashad Abdo, the head of the Egyptian Forum for Economic and Strategic Studies, agreed with Ali. He told Al-Monitor, “The entertainment park, as a new form of investment, will contribute to developing the software industry responsible for managing it. Jobs will also be created for the manufacturing of materials and the park's safety procedures. It will also contribute to raising the bar for the Egyptian workforce in the areas of quality assurance, public relations, marketing and maintenance.”

Abdo added that creating a world-class touristic city “requires maintaining all these different elements," predicting, "It will also be linked to the establishment of one of the biggest Cineplexes and motion picture studios in the Middle East.”

Tarek al-Shennawy, a professor of criticism at the Higher Institute of Cinema Arts, told Al-Monitor that a Disneyland-style park is mainly for entertainment purposes and doesn’t need to build its own Cineplex or movie studio. “Having a Disneyland in Egypt will be a strong element that can be invested in later to establish Cineplexes as well as motion picture studios like in Paris. The attention of animators and filmmakers from all over the world will turn to Egypt,” Shennawy added.

Film critic Nader Adly does not expect the Egyptian government to capitalize on the opportunity to build huge multiplexes or motion picture studios. He told Al-Monitor, “I don’t think the Egyptian government is very aware of the importance of these activities that push the wheel of the economy. The government will most likely look at the Disneyland project as only a tourist attraction, rather than a project with commercial value. To make the most use of the Egyptian Disneyland's creative potential, the Egyptian government has to scale back its censorship practices, as such practices create a discouraging climate for filmmakers.”