The female body on display in Haifa

At the tiny Mane-Katz Museum in Haifa an exhibition embraces feminine sculptures by Chana Orloff and her artist colleagues. 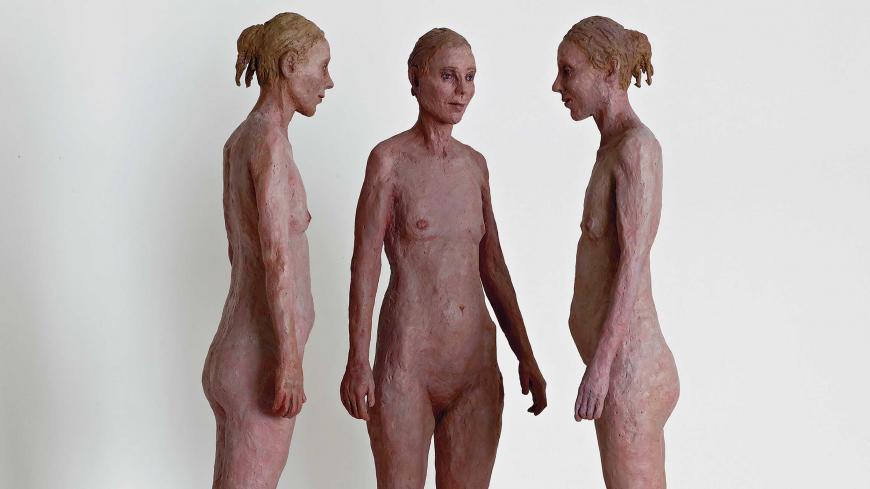 In the world of Israeli cultural institutions, the Mane-Katz Museum in Haifa is often overlooked. A cozy collection of paintings and sculptures tucked behind the Haifa Zoo in this northern hilly Israeli city, the Mane-Katz Museum was founded by Ukraine-born artist Emmanuel Mane-Katz, who made a name for himself with his bright and colorful paintings of the Jewish ghettos of Eastern Europe.

As the United States and Europe continue to grapple with the #MeToo movement and the resounding percussion of an awakened women’s movement, at the Mane-Katz Museum, feminism and women’s bodies are being explored in a sculpture exhibit.

“This exhibition was planned prior to the #MeToo campaign, but it does fit the elaborate discussion regarding women's sexuality and social status,” Svetlana Reingold, the exhibit’s curator, told Al-Monitor. “Chana Orloff lived and worked in a period when women had very specific roles to fulfill, and she resisted these restrictions and established herself as a successful artist in a masculine environment. In those days, sculpture was defined as a male domain and Orloff challenged this conception.”

Orloff was born in 1888 and died in 1968. Her work, Reingold said, allowed generations of female artists to expand their own limits and produce pieces that through their very subject matter called into question the designated roles women are placed into by society.

Since the exhibit includes a number of modern artists also exploring the idea of the female body, the exhibit becomes a timeline of sorts, tracing the history of feminist thought and modern gender roles over the last half century.

There is an untitled sculpture from Ira Reichwerger, who was born in Moscow in 1951, depicting two richly plump, gloriously overstuffed women, fashioned out of cotton wool, iron wire and stocking and locked in a friendly embrace.

One artwork from a younger artist on display is the installation “In-Between” by Tel Aviv multimedia artist Tali Navon. “In-Between” focuses on mothers and motherhood, exploring the pivotal feminine role through both video and sculpture with a look at how representations of mothers’ bodies have morphed through the decades, from the radical feminism of the 1960s and 1970s to the post-modern discussion of women’s freedom to choose how they define their own role that began in the 1990s.

Navon’s work blends seamlessly into the broader exhibit, Reingold noted. “The installation relates to the theme of maternal love and the life-giving mother, apparent in Chana Orloff's sculptures,” she added.

A number of female nudes from Mane-Katz himself are also included in the exhibition — a choice, said Reingold, that was crucial in order to present a broad range of interpretations of the female body from across the spectrum.

Exploring the multiple pieces together as one oeuvre, with their broad discrepancies in date of creation, national origin and source material, presents for the visitor a unique opportunity to meditate on the line between art and objectification, as well as what is primal and what is political.

“It is difficult to state that views of the female body have entirely changed, but I do feel that the social awareness to the objectification of the female body has increased,” Reingold said. “Nowadays women reclaim the power over their own bodies. This tendency is apparent in the exhibition, as contemporary Israeli female artists utilize postmodern techniques of shock, provocation and irony in order to investigate contemporary aspects related to the feminine body.”