Defense Minister Avigdor Liberman and other Israeli politicians claim that the stipends paid to Palestinian prisoners in Israel and their families constitute incitement to terror. 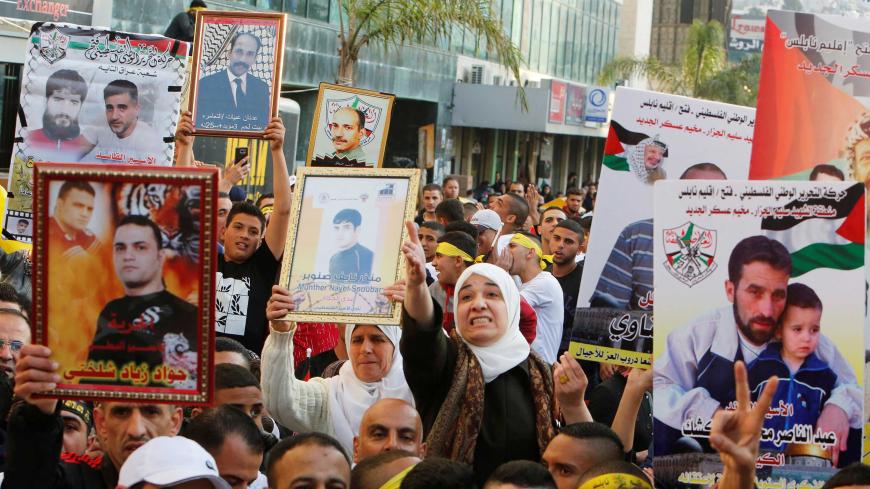 On Jan. 9, the Israeli Defense Ministry published the total cash stipends in 2017 that the Palestinian Authority (PA) dispensed to the families of Palestinian prisoners incarcerated in Israel and to the families of Palestinian assailants either wounded or killed in the course of terror acts against Israel. The information was published as part of a legislative bill proposed by Knesset member Elazar Stern of Yesh Atid. The bill is aimed to prevent the PA from extending cash stipends to terrorists and their families. The government supports the bill.

According to the proposed law, at the end of every year, the defense minister will bring a report to the security Cabinet summarizing the cash stipends that the PA gives to terrorists and their families. This sum will then be deducted from the funds that the PA receives from Israel.

Stern began to collect data and promote the bill simultaneously with the advancement of the Taylor Force Act in the United States. The US act is being advanced by the father of a young man, an American citizen named Taylor Force, who was murdered by a Palestinian when he visited Israel in March 2016. The Taylor Force Act states that the United States will halt its monetary aid to the PA as long as the PA pays stipends to the families of terrorists.

Israel has a tool that is even faster and more efficient in regards to the PA: It can deduct monies from the tax revenues it collects and then transfers to the Palestinians. If and when Stern's bill is ratified in the Knesset, Israel will be able to deduct the sums that the defense ministry claims were paid by the PA to families of terrorists.

If the data appearing in the defense ministry’s publication is precise (the data was amassed by Israel’s security system — the Shin Bet, the Israel Defense Forces, the police, the Israel Prison Service and the Justice Ministry), then the PA allots more than 1.2 billion shekels (about $350 million) a year to Palestinian convicts, or 7 percent of its budget.

According to the released figures, the PA paid more than 550 million shekels ($160 million) to prisoners and released prisoners and about 687 million shekels ($200 million) to families of suicide terrorists and to injured terrorists in 2017. A terrorist who carries out a terror act in Israel and receives a long prison sentence (20-35 years) "privileges" his family to receive stipends of about 10,000 shekels ($2,900) a month throughout his life. If he is married with children, the sum is even higher. For the sake of comparison, the average salary in the West Bank is about 2,000 shekels ($584) a month and the average salary in the Gaza Strip is only about 700 shekels ($204) a month.

After the figures were released, Defense Minister Avigdor Liberman said that the terror "price list" proves that the PA encourages terror attacks and clearly rewards the perpetrators of terror attacks on a sliding scale based on the severity of the attack. He said, "The moment the payments are set based on the severity of the crime and the prison sentence, namely that those who murder and are sentenced to life receive a lot more, this is [tantamount to] funding terror attacks against Israelis." According to Liberman, this clearly demonstrates how the PA supports terror. Education Minister Naftali Bennett also spoke about this issue at the funeral of Rabbi Raziel Shevah, who was murdered in a drive-by shooting Jan. 9. Bennett called for convening the security Cabinet and halting the stipends that Israel transfers to the PA which, he said, encourages the murder of Jews.

This is the first time that the scope of the PA's stipends to the families of prisoners and those who commit terror acts was released to the public. However, Qadura Fares, the head of the PA Prisoners' Club in the West Bank, claims that the sums in question are baseless and intended only to cause the collapse of the PA and the fall of Palestinian President Mahmoud Abbas. Fares told Al-Monitor that Fatah activists do not release information regarding the sums of money that are paid. In fact, he says, there is no permanent, agreed-upon tariff, because the stipends vary from one family to another.

Fares' assessment was that "discontinuation of the stipends to Palestinian fighters would be an act of suicide," and that Abbas could never allow himself to carry out such a move. "The day that he stops the payments, he'll fall," Fares ruled.

People in Israel view these stipends as the underwriting of terror. It should be noted that prisoners identified with Hamas or the Palestinian Islamic Jihad do not receive stipends from the PA, but from their own organizations. According to data published by B'Tselem on Jan. 3, about 6,000 Palestinian prisoners are incarcerated in Israeli prisons today. That figure includes those imprisoned for life who are not affiliated with any organization, such as Hakim and Amjad Awad, who murdered the Fogel family in 2011. The Awad family receives about 10,000 shekels every month, according to the Israeli Defense Ministry.

A Fatah official told Al-Monitor that the timing of the Israeli legislative bill and Israel's intention to cut the PA's budget by use of data that he calls "fraudulent and unfounded" is designed to harm the PA. Talking on condition of anonymity, the official said that Liberman consistently tries to inflict harm on Abbas, whom he hates, while adopting a policy of restraint vis-a-vis Gaza. The Fatah official said that is because Liberman desires to replace Abbas with "another Palestinian personality." The Fatah official may be referring to former Fatah senior member Mohammed Dahlan. Rumors had floated in the past that Liberman preferred Dahlan as Palestinian president instead of Abbas.

Many senior Fatah officials ascribe a series of conspiracy theories to Israel and the United States. Be that as it may, while Israel and the United States view the Taylor Force Act and Knesset member Stern's proposed law as defensive, justified and necessary actions, the Palestinians interpret these as a plot against the PA and especially against the man who heads it, Mahmoud Abbas.