Iraqi Shiite parties have formed four main coalitions for the upcoming parliamentary elections, but they are expected to join forces after the vote to take advantage of their collective clout. 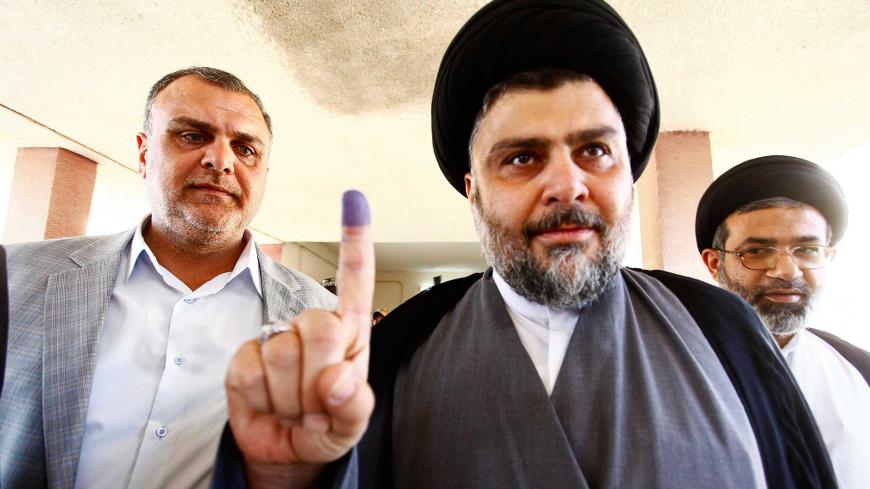 BAGHDAD — Iraq’s parliament has approved Prime Minister Haider al-Abadi's proposal to hold legislative elections May 12. The run-up to the vote should be interesting, to say the least.

New Shiite coalitions have made it clear they want to test their popularity independent of the ruling Shiite National Alliance. The new coalitions are running four Shiite lists:

A crisis had been looming over how Abadi would leave the State of Law Coalition, as he was previously registered as a candidate in the list of the Dawa Party, led by Maliki. Problems were avoided when Dawa withdrew from the elections and its members rejoined it individually. Abadi then formed his own list, which initially joined the Iran-backed PMU Fatah alliance Jan. 14. That connection surprised everyone, most notably Sadr, who described it as an “abhorrent political agreement," saying that militias becoming involved in politics will lead to corruption. Sadr had supported Abadi for a second term, believing he was capable of dissolving the PMU and limiting their influence and weapons.

However, the association between Nasr al-Iraq Coalition and the Fatah alliance lasted mere hours.

Adnan al-Sarraj, a member of Nasr al-Iraq Coalition, told Al-Monitor, "The reason behind the failure of the alliance with Fatah was purely technical, as [Abadi] wanted to nominate independent candidates without political affiliations, while the Fatah alliance forces submitted large lists of candidates affiliated with them from all constituencies."

He added, "Alliances are normal and will only materialize after the elections. One cannot deny that the lists containing political forces that were part of the PMU will get many seats and will contribute to the formation of the government."

As for Abadi and Maliki’s separation, Sarraj said, the reason is clear, "Their supporters are clearly different, so having them stay in a single electoral list would have led to the loss of many votes.”

On the other hand, Laith al-Athari, a member of the political bureau of Asaib Ahl al-Haq, which is part of the Fatah alliance, told Al-Monitor, “We do not deny that most of the political parties in the coalition were heading PMU factions, but [they] have now turned into a political force. The PMU is a security group affiliated with the armed forces, and we do not seek to exploit victories in the elections.”

Asked why the Fatah-Abadi alliance didn't last, Athari said, "Merging too many alliances into one is harmful to all, and our opposition to some parties’ entry to the coalition is one of the reasons why Nasr al-Iraq stayed away from the Fatah alliance.”

He noted, “There will be alliances after the elections to form a [large enough] bloc capable of choosing the next prime minister, when each party will have tested their popularity.”

Sadr’s alliance with the Iraqi Communist Party, led by Raed Fahmi, is an unusual one: It is the first partnership between a Shiite Islamic party and a non-Islamic one. The groups had a good relationship during the popular protests that began in 2015 to seek reforms.

Sadr's Sairoon Coalition also includes al-Istikama Party, the Youth Movement for Change Party, the Party of Progress and Reform, the Iraqi Republican Group and the State of Justice Party.

Fahmi told Alghad Press, "This alliance got its authorization, and no other forces will be joining it."

The list that gets the largest number of seats in the legislative elections in May is usually able to nominate the new prime minister once its parties forge a broad Shiite alliance, one that includes the rest of the other Shiite lists. But the differences among the main parties' leaders (especially the differences among Maliki, Abadi and Sadr and those between Sadr and the PMU) may change the equation, especially if Iran fails to bring together the Shiite blocs.

It's safe to say that given how difficult it is for any electoral list in Iraq to get 165 seats in parliament — which is the number needed to choose the prime minister and form a government — Shiites will be forced to forge a coalition to retain this post. Also, the sectarian division of political blocs doesn't allow the exclusion of Sunnis, Kurds and Turkmens from the government.