A teacher who was dismissed from her job in the aftermath of the coup attempt is using drama to give a voice to Turkey's 150,000 civil servants in similar situations. 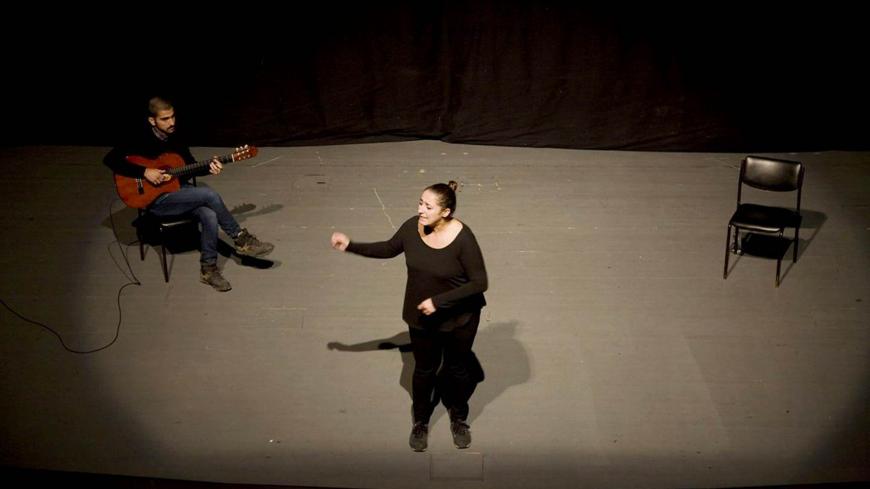 Duygu Sahlar loved her job as a public kindergarten teacher — until the morning she found she'd been removed from duty overnight, with no explanation.

Sahlar fell victim to the mass dismissal of government employees, particularly those in the education sector, in the aftermath of the failed coup in July 2016. Some 150,000 civil servants, including more than 40,000 teachers, have been removed from their positions by legislative decrees under the country’s emergency rule, allegedly to fight terrorism and to remove the supporters of what the ruling party calls the Fethullah Gulen Terror Organization.

The decree that removed Sahlar and others from their jobs gives no specific reason for the dismissal. When she saw her name in the decree, Sahlar could not think of any motivation. She had never been the subject of a criminal investigation, let alone prosecuted for any crime. She could think of nothing from her past that would link her to a terrorist group.

“I woke up one morning and learned that I had been dismissed,” she told Al-Monitor, her voice still trembling at the memory. “The most difficult part was explaining to my 5-year-old students that I had to leave immediately. I could see that they all thought, ‘Our teacher is leaving us,’ and I had no words to explain to those small kids why I had to leave. I simply said I was moving to another city.”

She then had to vacate the apartment she shared with three friends in Antakya, the seat of Hatay province in southern Turkey, where she worked, because she no longer had the means to pay the rent. The 30-year-old teacher went back to her hometown, Adana, to live with her family.

“Sometimes, I stayed with friends,” she said. “The trade union for the education sector, Egitim Sen, provided some support. My friends helped out, too. I came to realize what I do is more important than where I live.”

Without a job, Sahlar turned to the theater. She had acted in some amateur plays while at university and kept up her hobby while teaching. She decided to use the theater as a way to narrate her experience, incorporating fantastical elements and calling on her storytelling experience in the classroom.

“Now it was my turn to tell my story, after all the tales told us by those in power,” she told Al-Monitor. She decided to give a voice to the people dismissed from their jobs while the mainstream media and TV stations largely ignored them.

She ended up writing a one-woman show called “I Will Tell You Something” about a mouse that finds itself in a pet shop while looking for food. The shop owner places the mouse in a hamster cage and the mouse, unused to captivity, leads the hamsters to revolt and try to escape.

"This play is on freedom and fear and is a way of sharing what I and some of my friends have been through," she said, adding that it acknowledges their fear "but nevertheless maintains that we can move toward freedom.”

Sahlar has performed the play many times, mostly in training venues that belong to Egitim Sen. Since her shows began, the play has become popular in the education sector via word of mouth, particularly among the teachers who have been dismissed. Within a year, she had already traveled to 31 provinces and performed 46 times.

“First I perform the play, and then we hold discussions, particularly with the teachers who are in the audience,” said Sahlar. “The play contains my anecdote, so it facilitates the people in the audience to share theirs.”

The young teacher has performed her play in southeastern cities that have been the scene of military operations, such as Diyarbakir, Mardin and Van. “The sentiment in those towns is different. The teachers there feel less despair. They think that since many of the local people have lost their lives, children and homes, losing your job is easier by comparison.”

In some of the towns, the local authorities have prevented her from performing. “They claim that someone who had been removed from her job by a decree could not be allowed to perform. This is totally illegal and arbitrary. I am banned from teaching, not from any other profession,” she told Al-Monitor. She has performed in the western Turkish towns and provinces of Mugla, Datca and Fethiye despite these obstacles, in cafes and cultural centers.

Sahlar is presently working on a documentary compiling the anecdotes she has heard from other expelled teachers and other civil servants. “There is repression everywhere,” she said. “I want to acknowledge and fight it.”

Some Turkish newspapers do highlight the plight of Turkey’s teachers and their efforts to earn a living after being ousted from their jobs. Sabir Kilicarslan, a teacher with 12 years of experience, sells plums in a market in the southern city of Mersin. Huseyin Ozturk opened a shop for organic products in the southeastern town of Adiyaman.

For Sahlar, such stories are tales of resilience. She quotes a teacher couple, both dismissed by the decrees: “We feel stronger. We faced injustice, but this gave us the strength to fight for ourselves.”