Security concerns have led Egypt to regulate the use of drones, even as the country strives to become a leading manufacturer of the unmanned aerial vehicles. 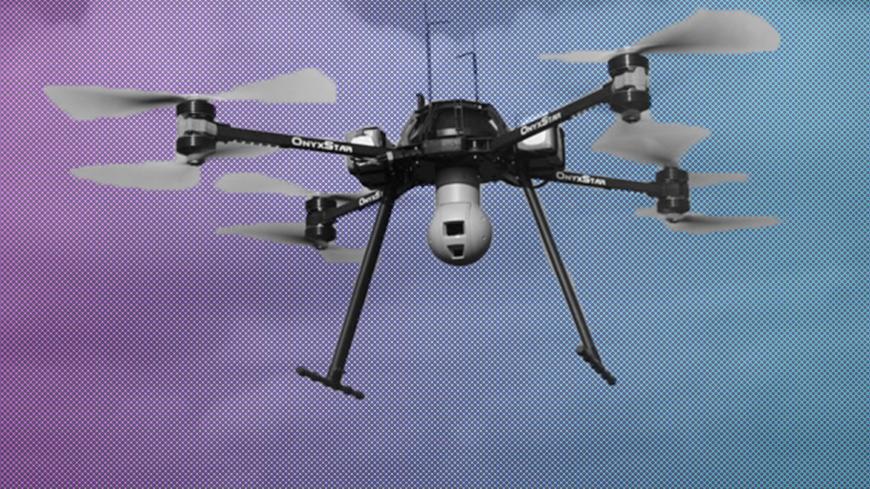 CAIRO — Egypt recently passed a law prohibiting the operation of a drone without a permit. Penalties range from one year in prison plus fines to capital punishment for using drones for acts of terrorism that result in death. Despite concerns over the expanded use of drones in Egypt and the strict controls imposed, Cairo is taking major steps in the development and manufacturing of such aircraft, also known as unmanned aerial vehicles (UAVs).

Retired Gen. Nabil Abu al-Naja told Al-Monitor, “I expect Egypt to become one of the leading countries in the manufacture of such aircraft, and this will help the country fight terrorism at a low cost without importing such devices from abroad.” He added, “The manufacture of UAVs will help support all fields requiring such vehicles. When terrorist attacks against Egypt decline, the country is set to witness a boom in [regulated] UAV manufacturing, circulation and use."

Last year, engineering students at the University of Alexandria designed a drone that can be made entirely in Egypt, Al Bawaba News reported in March.

Parliament member Mohammed al-Suwaidi, head of a major parliamentary bloc, the Support Egypt Coalition, told Al-Monitor that while the law limits drones, "It does not completely prevent their use. It only stipulates the need for the Ministry of Defense’s pre-approval. This reflects the parliament’s awareness of the importance of such devices, which are now used by several media outlets and construction companies."

He added, "Had [drones] been completely banned, this would have given rise to smuggling operations, but the pre-approval process is now in the hands of the most disciplined bodies in Egypt, namely the armed forces and the Ministry of Defense.”

The law prohibits individuals, bodies and institutions — public or private — from importing, manufacturing, trading, possessing, trafficking or using drones without the Ministry of Defense's approval. Regardless of their intended use, illegal drones and related equipment will be confiscated and turned over to the ministry.

Drones aren't commonly purchased by Egyptians, as airports and seaports confiscate the products before they can enter the country unless the authorities have approved them ahead of time. People still try, however, to sneak them through.

“The need for the law emerged when the government learned from the Ministry of Interior and the armed forces about attempts to smuggle large quantities of such vehicles into Egypt," Suwaidi said.

"The Ministry of Interior and the armed forces blocked many of these attempts and confiscated UAVs for fear of them being used for terrorist purposes, but there was no law setting a clear penalty. … This law preserves national security and should not be viewed as an unfair decision taken against any party whose work requires the use of such equipment.”

Yaacoub said drones have been used by terrorist movements in other countries. Several news agencies have reported that Hamas employs UAVs in the Gaza Strip, while Hezbollah has used them against other factions in northern Syria.

The law might create opportunities for some shady activities as well, according to Al Jazeera journalist Amr Salama el-Qazaz. He wrote in a May 18 Facebook post that the Egyptian army is trying to monopolize the drone business by helping one company, IFly Egypt, import UAVs while at the same time confiscating the equipment needed by other companies, under the pretext of protecting national security.

Qazaz revealed that IFly Egypt is the only company serving Egypt’s film production businesses and said the company has signed contracts with the ONTV channel to help with its traffic reports and other news requiring drones.

Al-Monitor tried to contact IFly Egypt for comment but was unable to reach the owner or spokesperson.

However, one of the company’s employees, who spoke to Al-Monitor on condition of anonymity since he is not authorized to make statements to the press, denied Qazaz’s accusations. “The company has nothing to do with the armed forces," he said, "and the military establishment does not provide us with incentives to refrain from dealing with specific individuals or companies.”

The employee added that IFly obtained the needed permits to import such drones long ago, noting, “Our company is not monopolizing aerial photography using drones, and the evidence shows that, just like us, some independent photographers and film and television production companies are obtaining the needed permits and using such drones.”