Turkey-UAE rift may have unintended spillover

The conflict between Ankara and Abu Dhabi may spill over into Turkey's ties with Saudi Arabia and the United States. 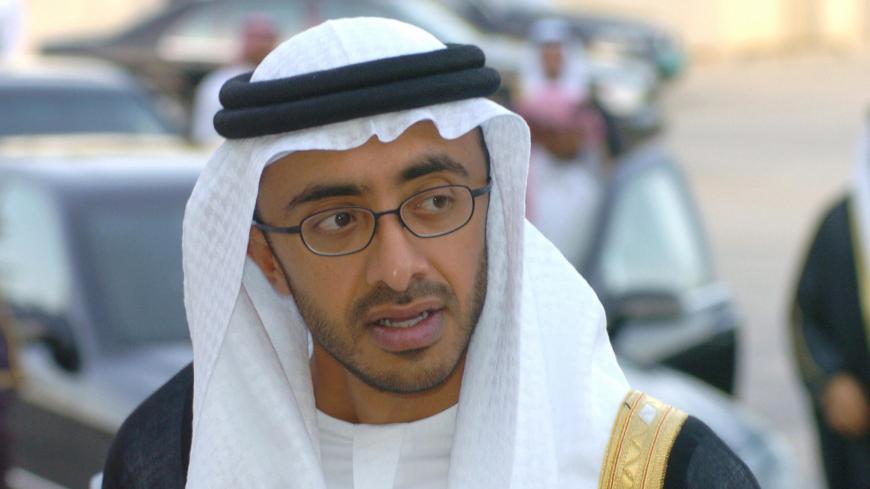 In today’s virtual world even a few lines on social media are enough to create a spat with geopolitical resonance. The recent tension between Turkey and the United Arab Emirates is the latest example of this.

It all began when UAE’s Foreign Minister Abdullah bin Zayed retweeted what Twitter user Ali al-Iraqi had posted. The tweet accused Ottoman-Turkish commander Fahreddin Pasha of usurping Arab wealth by deporting and exiling the local population of Medina during World War I. He described the pasha as the forefather of today’s Turks — an implication referring to President Recep Tayyip Erdogan and his team. The retweet has created a massive uproar in Turkey, uniting almost every political bloc in outrage against Zayed. Erdogan and most of the opposition leaders lashed out at the UAE’s foreign minister.

The uproar has pitted Turkey against the Saudi-UAE alliance and pushed it closer to Iran while uniting the highly polarized Turkish public opinion.

If Turkey’s presidential spokesman Ibrahim Kalin had not responded to Zayed, the original tweet probably would not have drawn much attention. But Kalin responded by writing a highly polemical post.

“It is a shame that @ABZayed, FM of UAE, retweets this propaganda lie that seeks to turn Turks & Arabs against one another, again,” he wrote on his official Twitter account. “It was Fahreddin Pasha who bravely defended Madina against the British plans then. Is attacking President Erdogan at all costs the new fashion now.”

American historian Ryan Gingeras stepped into the online discussion with his expertise on late Ottoman history. Questioning the rationality of interpreting a criticism of Ottoman policy as an attack on Erdogan, he provided some historical insight in support of the accusations.

"The original tweet, in part, is not wrong. Large numbers of Medina’s inhabitants was deported as far away as Anatolia on the suspicion of being traitors," he wrote.

Gingeras is a renowned historian on Ottoman-Turkish history who penned a series of books on the issue. One of the most famous is “Fall of the Sultanate: The Great War and the End of the Ottoman Empire, 1908-1922.” He is considered a reliable source on the matter.

However, it is not a matter of disputed interpretations of history, as most Turks have no idea who Fahreddin Pasha is — except those who have a particular interest in Ottoman-Turkish history. Pasha was dubbed “the defender of Medina” after a battle between Britain-supported Arab commander Sharif Hussein and the Ottoman forces. However, the latest brouhaha that erupted suddenly between Ankara and Abu Dhabi is not about what happened in the past — the matter is purely political.

The recent spat comes at a time when Erdogan, who is increasingly manifesting an anti-American stand following US President Donald Trump’s Jerusalem decision, is seeking to resurrect the historical Ottoman grandeur. Hence, even a single retweet provides him with an opportunity to make a fiery speech to boost his attempts to unite the Muslim world under Turkey’s leadership.

Indeed, he delivered a speech on live TV and lashed out at Zayed with extremely insulting and humiliating words. Erdogan also managed to mobilize opposition figures to follow suit.

“Hey, the pathetic person who is slandering us: Where were your forefathers when Fahreddin Pasha was defending Medina? […] Arab people are our brothers. That said, the enmity of some leaders in Arab countries is meant to hide their own incompetence and even treason,” Erdogan was quoted as saying by Bloomberg.

Reviving bad memories about the Arab-British alliance against the Ottoman Empire during World War I has been quite useful for Turkish leaders in consolidating their nationalist support base. Now, following the Jerusalem affair, the United States has replaced the role of Britain.

In addition, the Turkish leadership has already had qualms about the UAE. An article published less than a month ago in the government's mouthpiece Sabah daily reflects this. In the article, the UAE is accused of “running schemes against Turkey.”

“Turkish Foreign Minister Mevlut Cavusoglu hinted at the UAE when he said, ‘We know that a country provided $3 billion in financial support for the coup attempt in Turkey,’” the Dec. 6 report said.

The report also claimed that the UAE used Ahval, an online news outlet critical of Erdogan, as a counterpropaganda tool against Turkey's president. "This website is financed by the Arab Weekly, in other words, by the UAE […] this media group, which is owned by the UAE, declared total war against Turkey," it continued.

Meanwhile, Ankara knows that the UAE and Saudi Arabia are inseparable allies supported by Washington. Thus, deterioration of the bilateral relationship between Turkey and the UAE will inevitably spill over into Ankara’s ties with Riyadh and Washington.