Regional conflicts have shown the importance of deep-strike capability with cruise missiles, and Turkey is now working hard to acquire it. 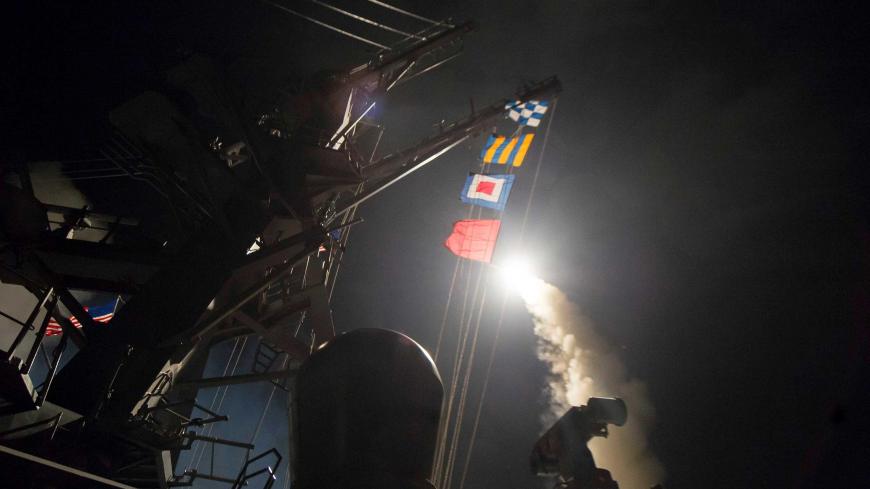 If I were asked what has been the outstanding conventional warfare feature of the Syrian conflict, my response would be the deep-strike capability demonstrated by US Tomahawk and Russian Kalibr-NK cruise missiles. The war in Syria demonstrated the importance of the deep-strike capability of cruise missiles, which are more accurate at long distances than the more risky and expensive warplane strikes.

Ankara has decided it urgently needs deep-strike capability to hit critical targets hundreds of miles from its borders. Officials realize armed factions affiliated with the Kurdistan Workers Party (the PKK, which Turkey considers a terrorist group) will exist for years to come in Iraq and Syria. Long-range capability is a vital component of Turkey’s strategy to confront threats beyond its frontier.

This strategy explains why engineers in Ankara are striving to manufacture a locally made turbojet engine. Turkey's Defense Industries Research and Development Institute is doing engineering work for Ankara-based missile-maker Roketsan to manufacture an engine for the standoff missile (SOM) with a 300-kilometer (186-mile) range. The turbojet engine is similar to those for Gezgin and Atmaca missiles.

The SOM-A and SOM-B1 have been mounted on Turkish air force and F-4 2020 jets since 2013, equipped with French-made TR-40 turbojet engines.

Then why is Turkey working so hard to manufacture a complete, locally made turbojet engine for the SOM? Since 1987, Turkey has been a party to the Missile Technology Control Regime, which restricts nuclear warhead platforms other than airplanes. The regime was created to control exports to curb the spread of unmanned delivery systems for nuclear weapons, specifically systems that could carry a minimum payload of some 500 kilograms (1,100 pounds) a minimum of 300 kilometers.

Turkey wants to develop the SOM-B2 model to bypass production and export restrictions, and the SOM-J model, which can be mounted on F-35 warplanes with fully Turkish-made Kale turbojet engines. According to media reports last week, the “made in Turkey” turbojet engines will be ready in the second half of 2018.

Also in 2018, the Network Enabled Weapon-Kement project will be available for SOM munitions. The Kement project will boost the attack power, survival and flexibility of the cruise missiles with a data network that enables images to be transferred from a single target to multiple targets in air-to-air and air-to-ground systems. This will allow the SOM to alter a target in flight and acquire a new one with its low-altitude flight capability and small radar signature.

Turkey is about to free itself from some restrictions by manufacturing its own weapons and delivery platforms and has been developing 500- to 800-kilometer ballistic missiles. It's now aiming for missiles with a range of 1,500- to 2,500 kilometers that will maintain their guidance and precise targeting capabilities.

Turkey is planning the first flight test of the SOM-J missile for 2018. Ankara intends to develop shorter and thinner missiles with stealth features that will be compatible with the F-35 and Turkey’s national warplane project TFX fuselages.

Today the only competition to the SOM-J in the world market is the Norwegian-made Penguin missile.

Given the enormous market for F-35s, no doubt the SOM-J has impressive export potential. Australia is already said to be very interested in the SOM-J.

Turkey’s 500-kilometer-plus cruise-missile project is the 1,500-kilogram Gezgin missile. Because of its size and weight, this missile will meet specifications close to the US Tomahawk delivered by Turkish air force planes. It will be launched from submarines, ships and the ground. This missile, which will initially have a 300-kilometer range, will eventually be modified for longer distances.

Turkey is also working on the Atmaca anti-ship missile, developed for its navy by Turkey’s defense giant Aselsan, with Roketsan as the contractor. The missile successfully completed its first firing tests last year and is expected to replace the current Harpoon missiles.

Until the SOM was procured for Turkey's arsenal in the cruise missile category, Turkey relied on the Israeli-made Popeye, which has a range of less than 300 kilometers, and the US-made AGM 84H/K SLAM-ER (standoff land attack missile), with a range of 270 kilometers.

Ballistic missile expert Hakan Kilic said that the Popeye, which can only be used by the F4-2020 warplane, will be obsolete when those planes are grounded in two or three years. “This is what's compelling Turkey to develop SOM missiles as a matter of urgency. Turkey is increasingly uncomfortable with the restrictions it faces on ballistic missiles,” Kilic told Al-Monitor.

In a well-known incident, Turkey became extremely upset when the United States did not allow testing of the US-made SLAM-ER in Turkey. Ankara had to send an F-16 to Fort Worth, Texas, and do the testing under the watchful eyes of US officials.

So to answer the earlier question, Ankara's urgency in developing the SOM is the desire to eliminate foreign dependence, to acquire cross-border deep-strike capability and then to develop export markets. Turkey expects to make major strides toward these goals next year.

Then cruise missile traffic, which already congests Middle East air space, will only get heavier.