Several senior Turkish intelligence officials have been in PKK hands for more than three months, but the government is refusing to share what it knows about them with the parliament. 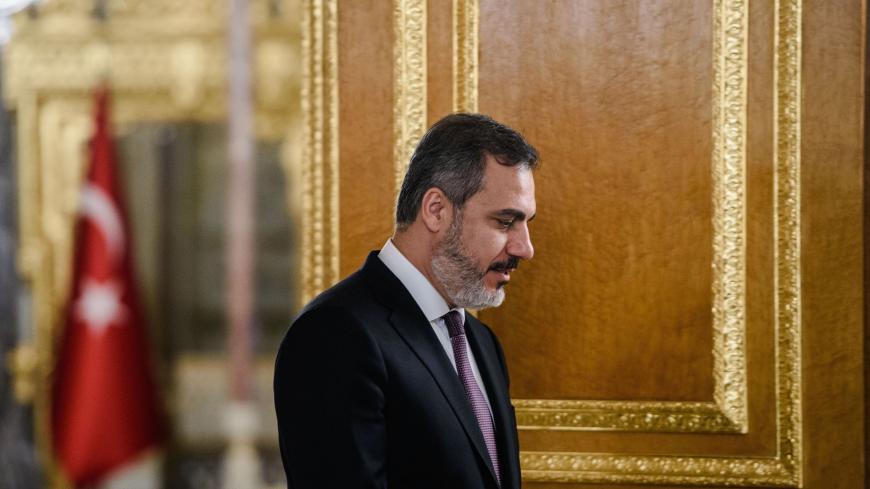 An undeclared number of senior officers from Turkey’s National Intelligence Organization (MIT) have been held by the Kurdistan Workers Party (PKK) for more than three months, but the government continues to refuse to respond to opposition requests for information on the situation. The refusal of intelligence chief Hakan Fidan and Prime Minister Binali Yildirim to appear before the legislature or otherwise provide answers to parliamentary inquiries has led the opposition to conclude that the government is trying to avoid acknowledging that the MIT has been engaged in “activities exceeding its mission.”

Alican Unlu, a representative from the pro-Kurdish Peoples’ Democratic Party (HDP) who has filed a parliamentary query, told Al-Monitor that the abducted MIT personnel had been tasked with assassinations, which is why the government is maintaining its silence.

According to the PKK, its forces captured two senior MIT officers on Aug. 3 near Sulaimaniyah, in Iraqi Kurdistan, where they were preparing for an operation against senior PKK leader Cemil Bayik. The PKK went public about the abductions on Aug. 30. Pro-government media reported that the MIT officers had been dispatched to capture Bayik, while Kurdish media and PKK publications claimed the goal was to assassinate Bayik.

“The prime minister is not responding to our queries to avoid exposing MIT operations in that region,” Unlu told Al-Monitor. “The PKK had earlier claimed several times that the MIT had attempted assassinations. It said the culprits were caught by the PKK and exposed. This is the first time that MIT’s officials were themselves being used in such an operation instead of freelancers.”

Unlu has asked of the prime minister, “Why were these two senior MIT officials sent to the region? What is the legal basis for sending MIT officials with diplomatic passports to the Kurdistan federal region to carry out such an operation in another country?”

The main opposition Republican People’s Party (CHP) is also interested in the affair and has submitted several queries.

At the moment, the parliament does not even know how many MIT personnel are actually missing. The ANF news agency, which is close to the PKK and first reported on the situation, said only that two MIT personnel with diplomatic passports had been seized.

Al-Monitor broke the first and only official statement, from Foreign Minister Mevlut Cavusoglu, confirming the abductions. “We have no contacts with the PKK to secure the return of those two persons,” Cavusoglu said in an exclusive interview in September.

The missing personnel are on the agenda of the parliament's Security and Intelligence Commission, which has oversight over MIT and whose meetings are behind closed doors. Ozkan said the commission had requested Fidan to testify about the missing personnel, but he has so far refused to do so.

“Senior MIT personnel are held captive. How can we be denied information about this affair?” Ozkan told Al-Monitor. “We want to learn how our personnel were abducted. Does anyone know why MIT is launching such operations and refusing to discuss it?”

An emergency decree issued under the state of emergency, and thus with the power of law, was passed immediately after the abductions to move MIT from under the authority of the Prime Ministry to the presidency. In corridors in Ankara, rumor has it that the abortive Bayik operation had prompted the move. If the operation had succeeded, however, it would have been presented as a success for President Recep Tayyip Erdogan and certainly would have been exploited in campaigns for next year's local, general and presidential elections.

The failure of the operation has instead made life difficult for Erdogan. Ozkan explained, “You catch Ocalan abroad and bring him to Turkey. Then you lose the department heads who had been fighting [his] organization for 16 years. This is not something you can sweep under the carpet.”

According to the CHP, the MIT's recent failures stem from security policies implemented by Erdogan. The CHP's Cam stated in his parliamentary query, “Developments that followed putting MIT under the AKP [Justice and Development Party] chairman [Erdogan] signal changes in the structure and policies of the organization.”

That Erdogan, through the emergency decree, would be deciding on exchanges of detainees and prisoners also sparked controversy. The CHP's Ozkan asked in his parliamentary questions, “Why did you authorize President Erdogan to decide on such exchanges? Is this authorization aimed at securing the release of department heads held by the PKK?”